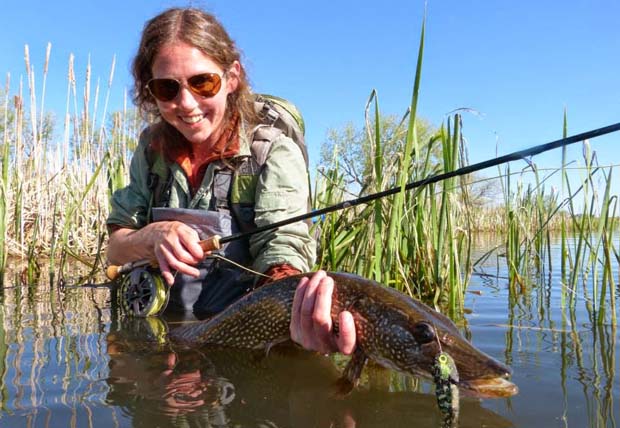 A new states-rights ideologues’ beliefs are real and dangerous

[dropcap]W[/dropcap]ithin the congressional bodies of several western states there’s an all too familiar idea gaining weight. It isn’t new. It’s roots are in the 1970s – then called the Sagebrush Rebellion. A states-rights philosophy that was eventually seen-through and discarded.

Stay awake at the wheel

This newest states rights ploy, pushing for states’ takeover of federal lands uses the age-old argument that states can manage their land better than people in Washington, D.C., which is false and financially impossible. See our previous story on states taking over federal lands . . .

Among these states rights champions are the puppet men and women who’s puppeteers are developers, timber interests, fossil fuel magnates and foreign mining conglomerates. The Supreme Court’s unconscionable Citizens United decision, deeming corporations had individuals’ rights turned out to be Pandora’s Box. Vote and candidate buying has gotten to be see-through easy.

A wealthy Las Vegas businessman once said: “I never bought a politician who wasn’t for sale.”

This idea of selling-out of our public lands threatens every citizens future right to hunting, fishing, hiking, camping or any recreational outdoor activity

If these un-throttled throwbacks in our states congressional halls have their way, public lands will become the property of states, especially western states. If transfer were to happen, the states would soon become be financially burdened beyond capacity. For example, no state in the union could withstand the financial requirement of fighting forest fires like we saw out west in 2014. States would have to sell.

But there is hope and it might be embodied in the bi-partisan Sportsmen’s Act of 2015. Yes, Believe It Or Not, bipartisan

Access to public lands is the number one issue for America’s sportsmen and women. The Sportsmen’s Act of 2015 includes a broad array of bipartisan measures to enhance opportunities for hunters, anglers, and outdoor recreation enthusiasts, reauthorize key conservation programs, improve access to public lands, and help boost the outdoor recreation economy.

Enables the Secretary of the Interior to authorize import permits of 41 Polar Bears legally harvested from approved populations in Canada before the polar bear was listed as threatened under the Endangered Species Act in 2008. Sec.

Authorizes state extension offices to determine “normal agricultural practices.” This will remedy recent situations in which the Fish and Wildlife Service has interpreted the Migratory Bird Treaty Act to include hunting of migrating birds on rolled rice fields as illegal baiting, resulting in fines up to $10,000 for farmers and hunters.

Requires Bureau of Land Management and Forest Service lands to be open for recreational hunting fishing and shooting unless specifically closed. National Parks and Wildlife Refuges will remain exempt from this provision, and the BLM or Forest Service will retain authority to implement restrictions when needed.

Sec. 106 – Permits for Film Crews of Five People or Less

Directs the U.S. Departments of the Interior and Agriculture to issue permits and assess fees on an annual-basis for commercial filming on federal land for crews of five people or fewer. This will allow for greater access for small media groups and individuals.

Requires public reporting of fees, awards, and payments provided under the Equal Access to Justice Act, as well as payments made from the Judgment Fund for claims against the federal government, along with relevant information pertaining to each case. The report would be made accessible online, with protections for private information regarding individual litigants.

Requires the greater of 1.5 percent or $10 million of annual Land and Water Conservation Funds be made available for the improvement of recreational access to existing federal lands with significantly restricted public access.

Directs all federal public land management agencies to identify high priority federal lands where hunting, fishing, and outdoor recreation are permitted but where access is non-existent or significantly restricted, and develop plans to provide access.

Reauthorizes NAWCA through 2019, providing matching grants to organizations, state/local governments, and private landowners for the acquisition, restoration, and enhancement of wetlands critical to migratory birds. This program generates three additional dollars for every federal dollar and reduces the annual authorization level from $75 to $50 million.