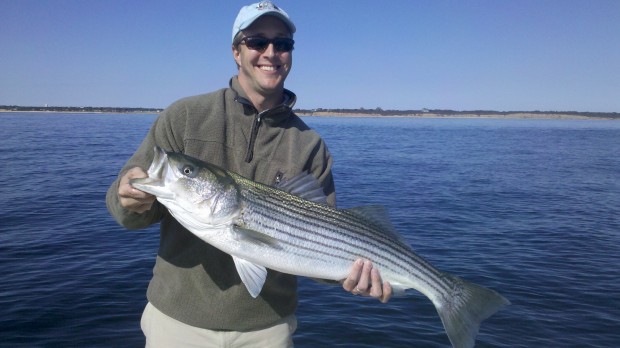 Commercial and recreational saltwater fishing generated $214 billion in 2014. Fishing and seafood industries are a strong part of U.S. coastal economy.

[dropcap]C[/dropcap]ommercial and recreational saltwater fishing in the United States generated more than $214 billion in sales and supported 1.83 million jobs in 2014, according to a new economic report released by NOAA Fisheries today.

The report, Fisheries Economics of the United States 2014, provides the most recent statistics on commercial and recreational fisheries and seafood-related businesses for each coastal state and the nation. Key to the report are the jobs, sales, income, and value added to the Gross National Product by the commercial and recreational fishing industries. This provides a measure of how sales in the two industries ripple through state and national economies, because each dollar spent generates additional sales by other firms and consumers.

The commercial fishing and seafood industry (including imports)—harvesters, processors, dealers, wholesalers and retailers—generated $153 billion in sales in 2014, an 8 percent increase from 2013, and supported 1.39 million jobs. Domestic harvest (without imports) produced $54 billion in sales, a figure similar to 2013, and supported 811,000 jobs across the broader national economy.

Wahoo on the fly. NOAA image.

“Commercial and recreational fishing make a significant impact on the U.S. economy,” said Eileen Sobeck, assistant administrator for NOAA Fisheries. “As we celebrate the 40th anniversary of the Magnuson-Stevens Act, it’s fitting that we continue to improve our understanding of these valuable marine sectors in order to guide science-based management. This ensures both sustainable fish populations and economic opportunities for those involved in the commercial, recreational, and seafood industries.”

NOAA’s mission is to understand and predict changes in the Earth’s environment, from the depths of the ocean to the surface of the sun, and to conserve and manage our coastal and marine resources. Join NOAA on social media channels.