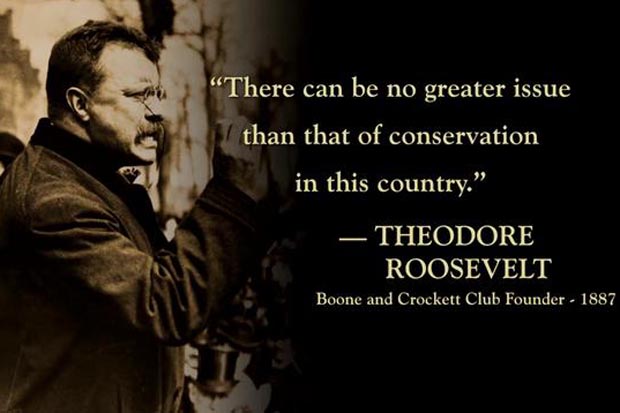 [dropcap]W[/dropcap]hen Senate lawmakers met today (July 22, 2014) to consider the role of natural resources in stimulating America’s economy, the Theodore Roosevelt Conservation Partnership spoke up in support of sportsmen – and testified to the value hunting, fishing and related activities bring to our nation’s fiscal health.

“Leveraging America’s Resources as a Revenue Generator and Job Creator” was the theme of a hearing convened this morning by the Senate Committee on Energy and Natural Resources, and TRCP Center for Western Lands Director Joel Webster emphasized that hunting and fishing activities are not only a valued part of America’s heritage but a significant contributor to the outdoor economy.

“Thirty-seven million Americans hunt and fish and spend $58 billion annually,” Webster stated. “While recreational activities like hunting and fishing might appear to be expendable or mere pastimes, they are vital everyday activities to those communities that rely on that business.”

“To the tackle shop owner in Cocodrie, Louisiana, who sells bait, ice and fuel, fishing is not a pastime – it will send a kid to college. For the outfitter based in Fairbanks, Alaska, who relies on booking trips for caribou hunts, hunting is not expendable – it pays the mortgage.”

America’s natural resources form the infrastructure of a robust outdoor recreation economy. According to a 2012 report by TRCP partner the Outdoor Industry Association, this economy drives $646 billion in direct consumer spending and supports more than 6 million jobs.

Webster stressed that federal public lands in particular play a crucial role in upholding this economic engine, sustaining rural communities and the places where sportsmen from across the country hunt and fish.

“Each summer and fall, sportsmen crowd towns like Meeker, Colorado; Elko, Nevada; Salmon, Idaho; Cody, Wyoming; and La Grande, Oregon,” continued Webster, who lives in Missoula, Montana, “and they happily spend their hard earned money on vehicles, sporting goods, food, fuel, lodging, outfitters and guides. These sportsmen and the local economies depend on public lands for hunting and fishing.

“Consequently, conservation of our natural resources is the critical first step in maintaining the vitality of this economic engine,” said Webster. “Our elected leaders must commit to reinvesting in public access and priority fish and wildlife habitat to support America’s sustainable outdoor recreation economy.”