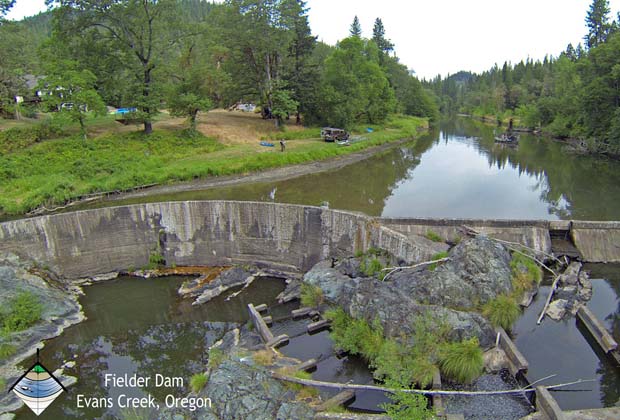 Fortunately, two of this country’s worst wild fish barriers, Oregon’s Evans Creek dams (Fielder and Wimer), are on track for removal this summer. Steelhead and salmon, along with anglers, rejoice

[dropcap]T[/dropcap]wo of Oregon’s worst wild fish barriers are on track to be jettisoned from Evans Creek this summer under a plan to open as much as 70 miles of prime spawning habitat for the Rogue River Basin’s wild salmon and steelhead.

Those permits must be secured before construction bids can be placed and a contractor hired to remove the dams during the summer period when work is allowed in wild-salmon streams.

“Everything’s moving forward well to be able to do the removal this summer,” said Bob Hunter of WaterWatch of Oregon, which has teamed with the Geos Institute and American Rivers to oversee the removal with the help of local conservation groups, angling clubs and state and federal agencies.

The key will be whether the Oregon Watershed Enhancement Board approves a $462,845 grant request to round out the estimated $671,000 needed to remove both dams, Hunter said. 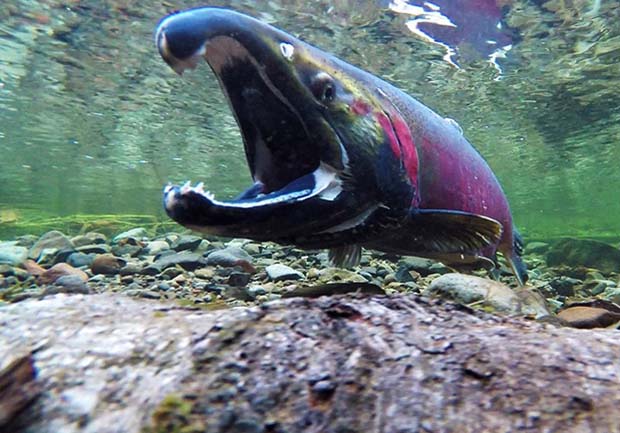 This Rogue River spawning coho’s offspring will not be thwarted by the Fielder or Wimer dams next year. Earth Justice image.

OWEB staff have recommended to the full board that it approve the grant when it meets April 28 in Salem. The group already has secured $213,000 in federal grants and another $22,000 in in-kind services.

“We’ll know a lot more by the end of this month whether we’re moving forward,” Hunter said.

The tight window is because demolition crews are allowed to work in streams such as Evans Creek only between June 15 and Aug. 31 under Oregon law to ensure minimal impacts on current fish runs. The back end of that in-stream work window can be extended at times for projects that are close to completion.

Wimer and Fielder dams, which date back more than 100 years, have such poorly functioning fish ladders that they rank among the Oregon Department of Fish and Wildlife’s Top 10 for worst wild fish impediments in Oregon.

Fielder Dam’s location and design regularly keeps wild salmon from venturing past its base, which is three miles from Evans Creek’s confluence with the Rogue. Wild fish that get above Fielder Dam then must deal with Wimer Dam six miles farther upstream before reaching prime spawning habitat, which rarely happens, biologists say.