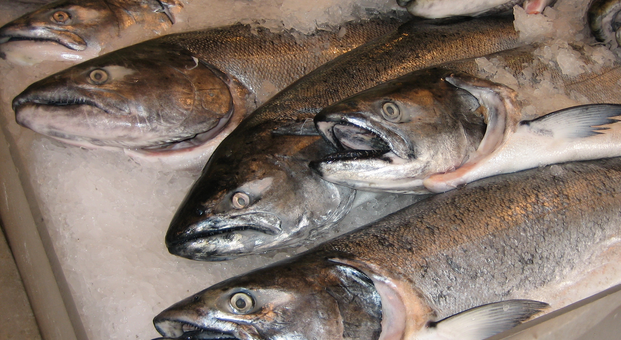 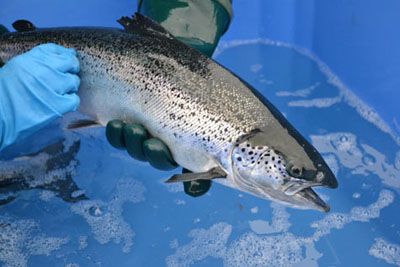 Sea lice beginning to form on a maturing Atlantic salmon. Pesticides are used to slow sea lice invasion. The pollution in a bay where open pen aquaculture is allowed is as devastating as a sustained Red Tide. Image, The Molecular Ecologist.

NORWAY: The major driver in the rapid increase in land-based salmon farming are the cost of regulations that have addressed health-related biological issues for open net pen farming (lice, waste causing enormous environmental damage, pesticides, escapement and co-mingling spawns with wild stocks and a host of other product quality issues).

For Land-based salmon farming, the numbers now make sense because the cost of meeting new safe product issues have driven costs up. Atlantic salmon will still be affordable but you’re not going to see 2010 prices. The upside is much, much healthier fish, no mass environmental destruction, and no escapement issue (diluting the DNA of wild stocks).

[dropcap]L[/dropcap]and-based salmon farming is closer than ever before to being a financially viable alternative to traditional net pens, according to a report by DNB Markets (DNB Markets is Norway’s largest investment bank).

With supply growth from traditional farming dwindling due to biological challenges and tighter regulatory controls, and new licenses expensive or impossible to secure, land-based is increasingly an answer

“With low supply growth, salmon prices are likely to stay high for the next two years, reducing the risk of a price collapse before volumes from a land-based project reach the market. At the same time, production costs for traditional and land-based farming are starting to converge as biological costs for the sea-based farming increase, and technological advances reduce land-based costs.” Said, analysts, Alexander Aukner and Tone Bjornstad Hanstad. 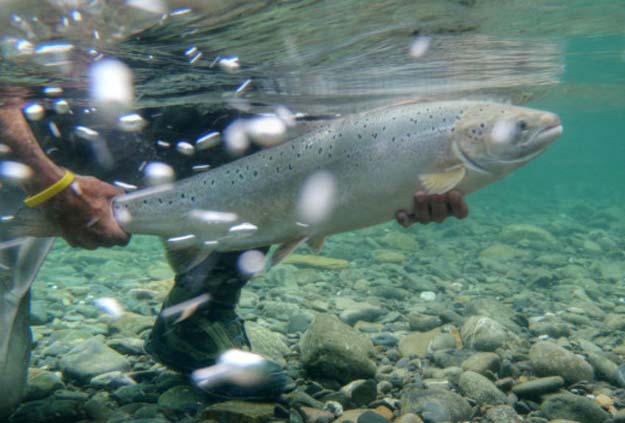 In the past, high production costs and investment needs, combined with elevated risks and the long period from investment to first cash flow, have been major barriers for land-based salmon facilities.

The risk involved is reduced with experience from operations and examples of successful production and, in addition, the opportunity to invest in establishing new traditional farms is rare. Production costs for traditional farming have increased substantially over recent years.

“Overall, production costs communicated by industry sources and researchers indicate land-based production costs and traditional sea-based costs are converging for head-on gutted. Using estimates based on large-scale, normalized production in RAS facilities – and with the advantage of being built in the US or Asia, that is to say, near to the market – puts the production cost of salmon on a par with traditional open net pens.

In Norway, no new license (open pen) have been awarded since 2014

Land-based salmon farming has many advantages over open-pen sea raised salmon, not the least of which are healthier animals and non-polluting. Image screenshot YouTube (Land Based Salmon Farming).

Economies of scale have also come into play in a big way; “What seemed a large recirculating aquaculture system only a few years ago is now relatively small”, as DNB noted. The larger facilities being built now have been able to learn from the mistakes of the earliest efforts, inevitably allowing for cost savings.

“Most of the older and smaller projects have received financial support from local authorities and/or organizations. Examples of this type of institution are Kuterra in Canada and Freshwater Institute in the US. Both are financially supported by environmental and/or native inhabitants’ organizations with the goal of protecting the coast e.g. First Nations and The Conservation Fund.”

Since June 2016 Norway’s directorate of fisheries has begun allocating land-based farming licenses without fees, further helping on the start-up costs.

In short – in the absence of “cheap” new licenses – land-based in regions with transport advantages shows good enough prospects to be taken seriously, DNB concluded.