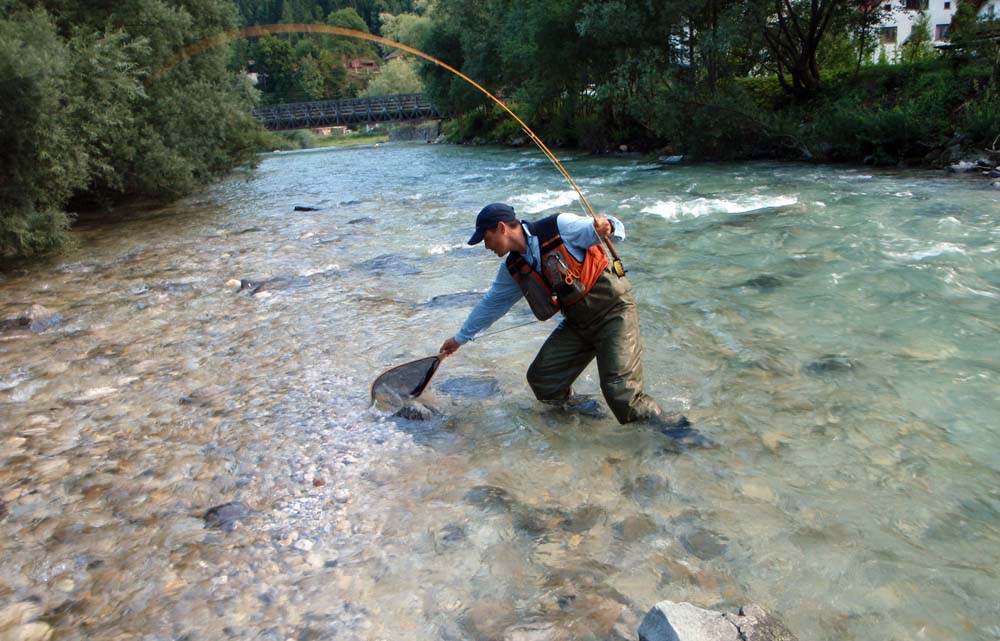 [dropcap]A[/dropcap]t the Fly Fishing Show in Atlanta (Feb. 2-3), one back wall was lined with fly tyers. Among them, celebrities of both national and regional fame, Tim Flagler, Henry Cowen, Peggy Brenner, Brad Buzzi, and many more. At one tyer’s table, the discussion was about nymphing, and Euro-style nymphing was being championed by an outspoken young man who claimed it was the only way to go. A grey-beard, bald fly fishing guide, visiting from Arkansas, took exception to Euro, and so did I.

What is “Euro” nymphing

European style nymphing was developed under the pressure of competition. Competition fly fishing is popular in Europe. The sport is governed by rules that exclude the use of a tailing lead weight or an indicator. The most popular, or most read about nymphing “style” is called Czech, but there are other forms of it. Subtle differences can be found in Polish, Spanish Combo, French Twist, and Irish Dibbler versions.

With any version of Euro nymphing, and without the benefit of a terminal weight and indicators as we know them, plus adding an additional fly can complicate a day on the water. Think snags, birds nests and painfully short fishing runs – at least that’s what “Arkansas” and I believe.

What is Czech nymphing

“Czech nymphing… the basic premise is to use a short tippet system and tie a heavy fly at the end (the ‘point’ fly) and the second fly on a dropper tag roughly 2-feet above that. You sneak up close to the trout and make short, pinpoint casts, then lead the line downstream with the rod tip pointed at the water’s surface.

The point fly ticks and bounces along the bottom, and when a trout strikes you feel resistance – and set the hook.” – Kirk Deeter

So, what about Drop Shot nymphing?

There are differences of opinion on how Drop Shotting is practiced and rigged. One rigging system seems to be easier to set up, catches more fish, and is less hassle (snag) free than others – at least I think so and so does “Arkansas.”

As stated before, within that version of Drop Shotting there are alternative assembly methods with discussion worthy differences. We’re not going there in this story.

Drop Shotting is a two fly rig system. The rig is pitched upstream with a weight at the terminal end to keep the flies swimming in bite country – not one fly dragging inline with the other, but each suspended about 8- to 10-inches apart… as in upper and lower.

Above the weight, at about 6-inches is an inline tied nymph fly – midge, caddis, or mayfly, larvae. It is both dark and unweighted – #14 or smaller. Up from that, at about 18-inches, is a 4- to 6-inch long dropper – a more mature pupa or just a larger, unweighted but color enhanced or fly of choice. This system is dedicated to match the hatch.

Trout are not lookdown feeders

One of the most critical elements in Drop Shot rigging is keeping the flies in a trout’s feeding window. Trout are not lookdown feeders like bonefish. However, a trout will pickoff a scurrying crayfish on the bottom, but is not prone to feeding “down” during its regular workdays. Trout are always looking upward.

Scroll down to learn more about the new Thingamabobber and Thingamastopper.