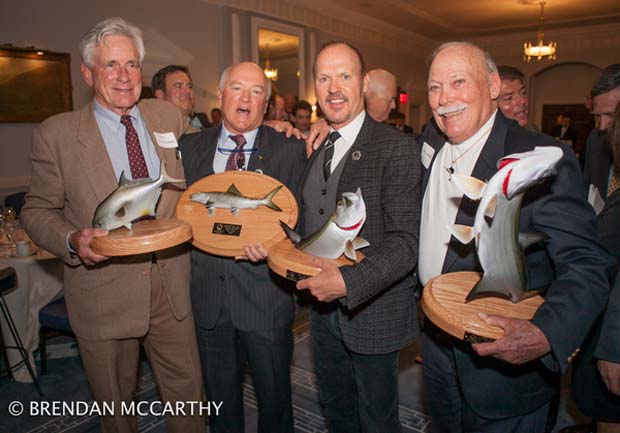 The Best Angling Writing Of 2013 [dropcap]S[/dropcap]ometime in the early 1990s, when I was still a wee lad—a fly fishing-addicted wee lad, mind you—I started to devour stories about fishing. I happened to do so at exactly the right time. Those were the years when the angling writing scene was heavily-influenced by two central figures: Sports Afield magazine, then under the leadership of Terry McDonnell, and the author, Thomas McGuane.

McDonnell’s Sports Afield was robust and masculine, though not overly so, and it was literary, a sensibility he no doubt brought over from his time as the editor-in-chief of Esquire, then took with him after he left SA to run Men’s Journal and, eventually, Sports Illustrated.

McGuane, a well-known novelist who has dabbled over the years in writing about fishing (if you don’t own a copy of his fishing story collection, The Longest Silence, get one now), in many ways saved the art of angling writing, delivering us from the haughtiness of the old English fish writers and the New World’s brain-numbing nostalgia, “how-to” mania and “look at me!” storytelling devices that seemed to infect every outdoor hack who published in the 1970s and 80s. McGuane, in his easygoing but hyper-literate style, had the faith that the readers of his prose took the sport as seriously as he did and, at the same time, realized that, hey, it’s still just a sport.

I still devour angling writing. There is still a lot of fluff and duff out there, but the best of it stands toe-to-toe with the top writing on any subject. I ran across three pieces this year that I particularly enjoyed. And, below, I tapped some angling friends for their “best of” suggestions for stories, magazines, books and blogs, as well. Ian Frazier’s “The Last Days of Stealhead Joe,” (Outside). I talked a bit about this masterful piece in an earlier post on great sportswriting. Perhaps there should be no surprise that the excellent Frazier—who also writes for the New Yorker—delivers here. This piece is filled with many wonderful, quiet moments, and the chaotic life of the central character is handled beautifully. Perfect match of writer and material.

Callan Wink’s “Fly-Fishing Confidential,” (Men’s Journal). This one was a total surprise. I’d never seen Wink’s byline anywhere (perhaps that’s because he spends most of his days on the water, guiding). And, yes, he hit the jackpot when Jim Harrison and Peter Matthiessen booked him for a day on the water. But Wink handles the story so very well, and it becomes less a tale about how cool it is to guide two literary legends than one about longing.

Wright Thompson’s “Unity with the Universe,” (ESPN ). This story had elements of the New York Times’ ground-breaking “Snowfall” piece. The opening photo—complete with running water!—is stunning. But ultimately it’s the way Thompson tells the story of fly rod-maker, Tom Morgan—who has MS, yet continues to excel in his craft—that makes the piece great. I particularly enjoyed this story because I know Morgan and wrote about him myself back in 2008.