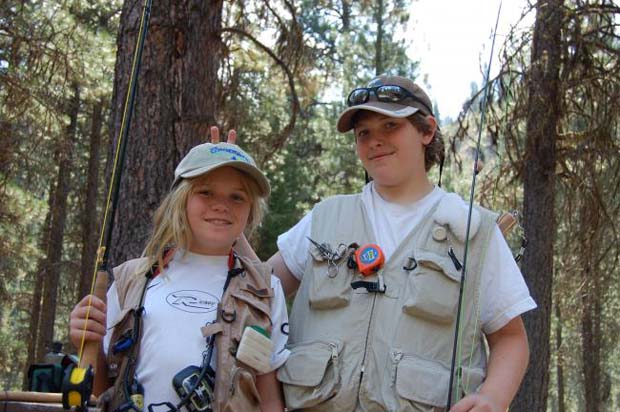 Small Streams Matter to All Who Live Downstream

[dropcap]T[/dropcap]rout season — the harbinger of spring and warmer weather — is upon us, and I’m looking forward to taking my kids fishing and swimming in our favorite stream along our land in West Virginia.

It might not look like much, but we’re happy to catch bass and blue gill and see who can skip stones the farthest. The stream is a tributary to the Potomac River, the drinking water supply to Washington, D.C., which, according to my Dad when he lived here in the 1960s, was a “smelly cesspool that would make you sick.” As I write this, I can feel in the ache in my forearm from the healthy shad I caught and released on the Potomac yesterday, many dozen miles downstream from my West Virginia creek.

Thank you for that memory, Clean Water Act.

The tributary to the Potomac that my boys and I fish and swim, runs dry in stretches in the summer. For that reason, it is called an intermittent or ephemeral stream. Until 2006, streams such as these — that provide clean water to downstream communities, places for fish to grow and rear, and a ton of fun for me and my kids — were protected by the Clean Water Act.

Two politically charged Supreme Court cases in 2001 and 2006, threw 30 years of legal logic and stability on its head. The court took away the protections of the Clean Water Act for my intermittent West Virginia stream — and 60 percent of the nation’s stream miles.

EPA has proposed reapplying protections to intermittent and ephemeral rivers and streams and trout and salmon habitats all around the country.

Trout Unlimited is a science-driven organization, and in this case the science is clear. Better habitat translates to better fishing. That’s why Trout Unlimited and other sportsmen’s groups are applauding the EPA proposal to restore the clear protection of the Clean Water Act to thousands of miles of headwater streams across the country. Look no farther than the Potomac River to see that the Clean Water Act is one of the best examples of a law that does what it is supposed to do — make rivers more fishable and swimmable.

Trout Unlimited works with farmers and ranchers across the country, from vintners in California, to ranchers in Colorado, to dairy farmers in Wisconsin, West Virginia and Pennsylvania, and we want this proposed rule to work for them. The proposal does not change any of the existing rules for regular farming activities, and makes clear that ditches, irrigated fields and ponds are not regulated by the Clean Water Act. No one is interested in regulating a farmer’s ditch, swale or pond. And as important as farming is, remember that fishing is an industry, too — and it’s worth $48 billion per year, at that.

Thank you, EPA, for having the common sense to recognize the vital importance of intermittent and ephemeral streams to swimmable and fishable water in this country. If you love to fish or to wile away an afternoon on a cool, clean river, tell the EPA that you support restoring the protections of the Clean Water Act.

Chris Wood is the president and CEO of Trout Unlimited.