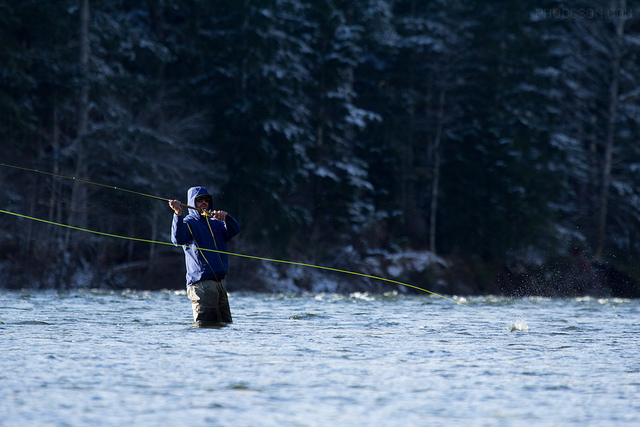 Of Interest: Low and Clear, a video documentary

This Tyler Hughen / Kahlil Hudson directed documentary called Low & Clear is worth every bit of your viewing time. It’s not A River Runs Through It, but it’s a strong second.

[dropcap]W[/dropcap]inner of the Audience Award at SXSW and hailed by Paste magazine as “the best documentary of the year” Low & Clear follows two old friends, J.T. Van Zandt and Alex “Xenie” Hall, on a Winter fly-fishing trip to British Columbia where they learn they’ve grown apart in more ways than one. J.T., the thoughtful son of songwriting legend Townes Van Zandt, believes there’s more to fishing than catching fish. Short-tempered Xenie sees it differently and fishes with a passion bordering on madness. Their different approaches to fishing and life rise and clash on the snowy river banks of British Columbia in this true story of a friendship stretched to the breaking point. An exploration of life, friendship and the bonds that keep us together LOW AND CLEAR unfolds with wry humor and stunning cinematography as two old friends find themselves on a fishing trip that could be their last.

Paste is a monthly music and entertainment digital magazine published in the United States by Wolfgang’s Vault. Its tagline is “Signs of Life in Music, Film and Culture.”