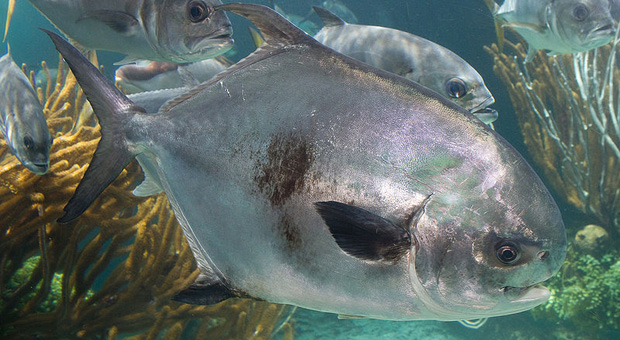 Of Interest: Permit in the Bayou?

By Todd Masson, NOLA.com | The Times-Picayune

[dropcap]F[/dropcap]or the last six or seven years, Preston Petersen has traveled to the Bahamas to catch bonefish, pound for pound one of the hardest-fighting fish in the world.

In those travels, he’s had three opportunities to sight-cast to permit that were cruising the flats, but in none of those instances did the fish cooperate.

“It’s one of those fish that I’ve always wanted to catch, but just haven’t been lucky enough to do it,” Petersen said.

That changed this weekend in the absolute oddest of places.

To celebrate his son’s seventh birthday, Petersen and some buddies took a group of boys fishing Saturday morning at Calumet Island near Fourchon. Petersen has a camp in lower Lafourche Parish, so he knows the area well.

“I’ve fished over there for 15 years, but had never fished this one specific place,” he said. “There’s a channel that runs through the center of that island. There was a solid east wind all weekend, and it was pushing all this bait into a little bay inside that island. 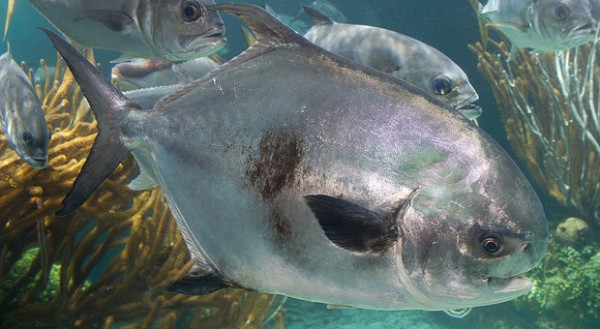 By Brian.gratwicke (Own work) [CC BY 3.0 (http://creativecommons.org/licenses/by/3.0)], via Wikimedia Commons

We saw fish chasing bait. We cast in there, and started catching redfish and speckled trout immediately.”

But Louisiana anglers’ two favorite estuarine fish weren’t the only ones taking advantage of the conditions. Petersen cast his live shrimp into the fray, and immediately had a takedown from something that fought unlike anything he’d ever hooked before.

“Normally a trout will come up on the surface and shake its head. A redfish will pull hard, and a catfish will go down,” he said. “This was kind of a variety of all three.”

That’s because the fish was a permit, a species common to the Caribbean and South Florida, but as unusual in South Louisiana as a teetotaler.

According to Angler’s Guide to Fishes of the Gulf of Mexico, written by fisheries biologist Jerald Horst, permit are rare in the northern Gulf, and when they’re found here, it’s typically offshore.