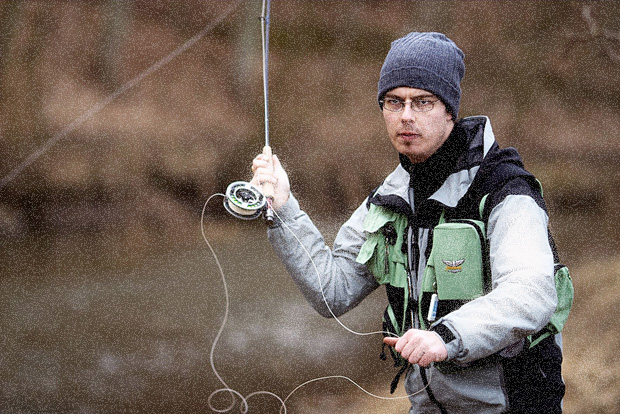 Of Interest: Setting the record straight, it’s not the Belgian Cast

Why do we call Hans Gebetsroither’s ‘Austrian’ casting technique the Belgian Cast? The inventer of the Austrian Cast – Hans Gebetsroither

“Albert Goddart . . . .. After World War II he became a well-know fly caster and fished a lot with Hans Gebetsroiter and Charles Ritz (IGFA Hall of Fame) – learning the Gebetsroither style. At that time Goddart, was one of the best flycasters in the world and was more or less sponsored by Hardy of England. I never met him because he died in the early sixties but met a lot of people who knew him. In the early 1950s, the first international (official) world fly casting championships (CIPS) was held in Brussels (1958, It was Goddart’s moment of glory winning a silver medal. During the event, he met a lot of Americans and later visited the U. S. During his U. S. tour, he demonstrated the Austrian style. Most likely, he identified Hans as the originator of the cast while touring the States, but since Gebetsroither was a tongue twister that’s probably why the Yanks settled on Belgian Cast.”

There are many modern day misnomers for the Austrian casting technique:

The late Lee Wulff reintroduced the Austrian Cast and inherited the inventors intended use of it – very short rods. Lefty Kreh also embraced it as well – recognizing the technique as a better way to deliver a fly on windy saltwater flats.

NOTE: Hans Gebetsroither’s main intention using his cast was to avoid river bank flora (high back cast). Neither Wulff or Lefty had much success selling the casting technique, or at least to the point that it’s now in everyones kit-bag. Today, with the Florida Keys, Bahamas, Seychelles, Christmas Islands and other wind swept flats getaways on the trip-tics – the Austrian Cast is a must know for any flats invasion.

Distinct advantages of the Austrian Cast Shawn Leadon shows the back cast window for the Austrian Cast.

The tension of the line is constant – no loss of control at the stops. Round movements are more harmonic than straight movements – no extreme breaks at the stops. Only one cast for almost all saltwater fly fishing situations (oval cast, roll cast and switch cast are created in the same way). It’s a rarity to self hook yourself using a proper “Belgium” cast and rarer still to whack yourself in the back of the head. Too, with the Belgium cast your stronger shoulder muscles are employed rather than the elbow joint – resulting in a lot less stress and fatigue. Shawn shows the forward cast including a haul. Notice the change of height on delivery. In Europe the index finger ‘points’ on the on the grip. Shawn, like most, uses the thumb grip.