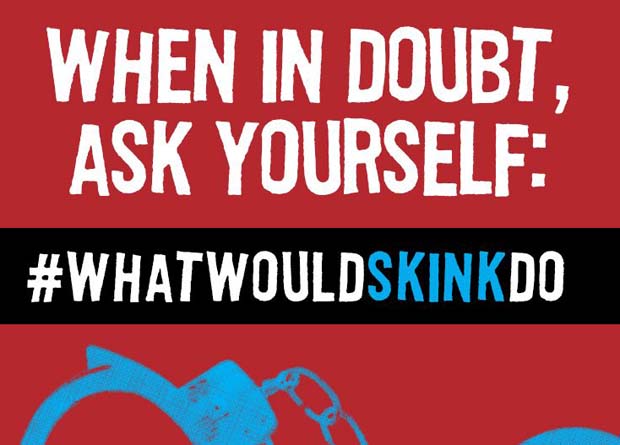 Of Interest: Writer, Carl Hiaasen tells it like he sees it

Carl Hiaasen on Writing, Ben Carson, Fishing And The Enduring Appeal Of Skink

By Monte Burke, a contributing editor at Forbes.
NOTE: Opinions expressed by Forbes Contributors are their own.

[dropcap]I [/dropcap]believe that Carl Hiaasen is one of the most important American novelists working today. No, he is not Jonathan Franzen (whose writing I also love) or some darling of the hyper-literary set. But his subject matter is more timely and significant, and he is more direct, more outraged and much funnier than any of those folks. Oh, and he sells a ton of books.

Hiaasen’s outrage—over moral and political corruption and senseless environmental destruction—is on every page, rendered not in a do-gooder’s tone or in social media-like snark, but in biting satire and humor. His writing acts as an outlet for us, his readers, and gives us a voice. When his imperfect heroes defeat their perfectly corrupt enemies, we are emboldened. Hiaasen, 62, is the author of 26 books, which have sold more than 12 million copies in the United States. All of his novels since Strip Tease (1993) have been bestsellers. These days, he pumps out a new book every eighteen months or so, alternating between books for kids (he won the Newbery Honor for his 2002 children’s book, Hoot) and adults. He also cranks out a weekly column for the Miami Herald, where he started as a reporter at the age of 23.

I recently caught up with Hiaasen to ask him a few questions about writing, politics, fishing and one of his great characters, the one and only Skink.

Forbes: The paperback of your latest young adult book, Skink—No Surrender, comes out in a few weeks. Skink is one of your few recurring characters, for good reason: Your readers, from adults to kids, all seem to adore him. What do you think makes a guy who routinely dines on roadkill so appealing?
Recommended by Forbes

Carl Hiaasen: Readers like wild renegade characters. Skink is a guy who lives (and thinks) on the edge, but his heart’s in a good place. He says and does things that lots of us wish we could get away with. His affinity for roadkill was just an eccentricity I tossed in for the hell of it. I got the idea from a newspaper story I’d seen years ago about a Pennsylvania state trooper who collected dead critters off the road and took them home to eat. He said he didn’t believe in wasting good meat, which struck me as a fine life motto.