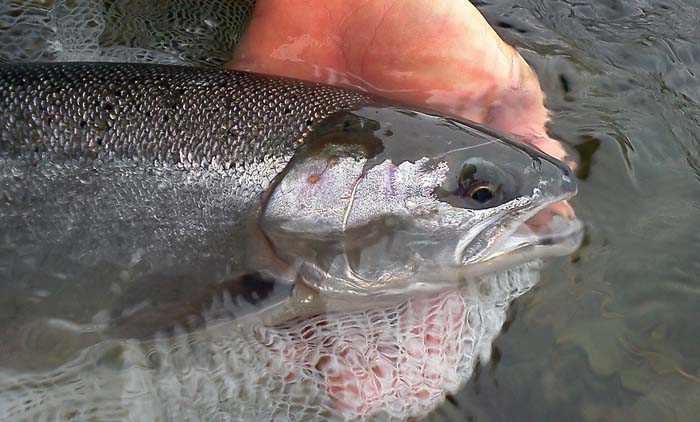 How to Lasso a Lightning Bolt: Fly fishing for Steelhead in Oregon

by Elias Carlson / Fieldmag / April 6, 2018 / The purpose of aggregating this story is to highlight the photography 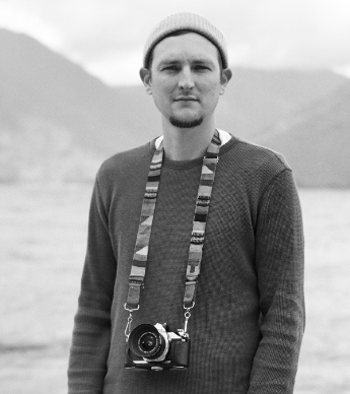 [dropcap]I[/dropcap] suppose we should start with the obvious question: What is a steelhead?

The short answer is: The very best fish

The longer answer is: A sea-run coastal rainbow trout. You heard that right, rainbow trout. Genetically they are the same fish. But not all rainbows are steelhead. In coastal rivers, a percentage of rainbow trout never leave their home rivers, while others turn tail and swim for the Pacific where they will spend the majority of their lives bulking up. After 2-3 years at sea, these migratory ‘bows return to the rivers of their birth to spawn as the chrome-sided ass-kickers we know as steelhead. Unlike salmon, who are one hit wonders, steelhead that survive the gauntlet of fishermen, dams, and predators will make this journey several times in their life.

After 2-3 years at sea, these migratory ‘bows return to the rivers of their birth to spawn as the chrome-sided ass-kickers we know as steelhead.”

And then there’s the second question: Why steelhead?

There’s a lot I could tell you about steelhead to try to answer that question. They are beautiful. And though once abundant, they are now rare. Steelhead are acrobatic fighters when hooked. And the rivers they travel are frequently gorgeous. But honestly, there’s no answer that will truly make sense until you’ve felt a steelhead.

Ideally you’ll catch it with a spey rod on the swing. The purists will tell you that’s the only “real” way to catch a steelhead. And I get it. The rhythmic casting method employed in spey fishing is almost meditative once you get in the groove. And having hooked (though never landed) several fish on the swing, there is nothing quite like the raw fury of a salt-water-supercharged wild fish ripping line off rod and reel. The electricity in that moment is what turns skeptics into lifelong fanatics.

As much as I love swinging flies, the numbers tell us it’s the least effective way to catch a fish. And the thing is, I really like smoked steelhead. But you can’t keep a wild fish. They are too rare and precious to kill. So when I find myself on a river with a good percentage of hatchery fish (which you can keep), I’m willing to fudge my standards and work from a drift boat with a spinning rod in order to increase my odds of taking home a “dinner fish”.

This year I made the seven hour trek from my home state of Idaho to Oregon to fish with my pal Tayler, who I met several years back on an eight day backpacking trip to count golden trout as a volunteer with the California Dept. of Fish & Wildlife. We hit it off and have kept in touch ever since, and I make it a point to fish with him at least once a year.

It’s not every day you get a chance to lasso a lightning bolt.”

Featured Image is a steelhead trout: Genetically, they are the same species, but rainbow trout and steelhead lead very different lives. These fish represent two separate life strategies of the species Oncorhynchus mykiss: a resident form that stays in freshwater (rainbow trout), and an anadromous form that migrates to the ocean (steelhead) – Image courtesy of FishBio

PUBLISHER’S NOTE: OFF THE GRID is Fly Life Magazine’s (dot com) new series of stories about photographers, sportsmen and sportswomen, and conservationists that see things through their individual and unique lenses.