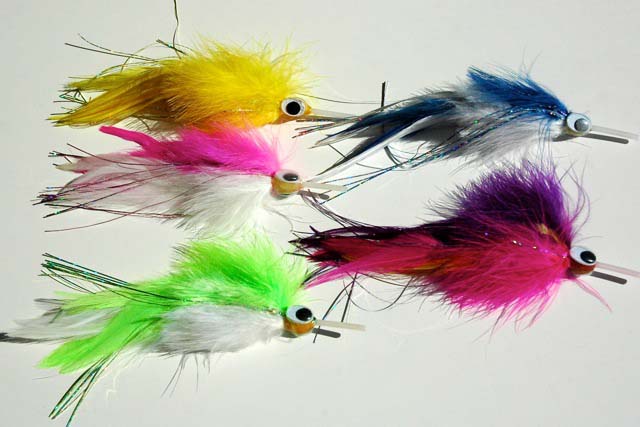 Modern day tube flies have a strange past

[dropcap]T[/dropcap]hey were first used in North America by native Americans (where most of the “fishing” artifacts have been recovered), show that hollowed out bones were the earliest known tube flies. After that, the trail goes cold, and then reemerges in the UK around the 1930’s. The inventor, so called, was a notable British author and angler named Alexander Wanless (The Angler And The Thread Line,1932), whose audience, unfortunately, was bait cast anglers. No traction there and his idea died of natural causes. 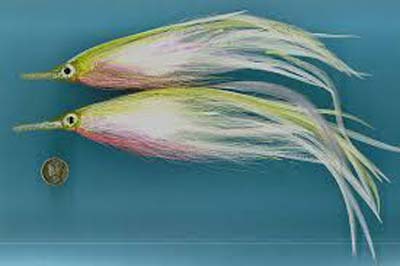 The mother of the tube fly

After WWII, a tackle manufacturer located in Aberdeen, Scotland called Charles Playfair & Co. had an employee named Winnie Morawski who served as a fly tyer (called fly dresser in the UK and most of Europe). She tied beautiful flies on turkey quills, and her hatched idea would catch on. As serendipity would have it, one of the company’s customers was a doctor called William Michie (in other readings another name is mentioned, but he was also a doctor). [He] liked the idea of tube flies but suggested that cut lengths of surgical tubing should be used instead of the fragile and very brittle quills. Word traveled fast and soon tubes were being tied in Norway, Sweden, Canada, United Kingdom as well as here. Saltwater tube flies appeared in the the Pacific Northwest in Washington State’s Puget Sound in the 1940s.

The tube fly revolution has not taken place and seems destined to stay that way with both fly anglers, spin fishers and tyers. Most all convinced, foolishly, that they are reserved only for salmon and steelhead fly anglers. It is pretty similar in stubbornness to today’s fly fishers not owning switch rods. Yeah, why make it easier and catch more fish – fuhgeddaboudit. That said, Great Lakes anglers (salmon and steelhead) of the fly persuasion have recently (10 years) embraced tube flies and impressive patterns and techniques have emerged from their ranks. And the always more enlightened, in the Northwest fly anglers have long-since embraced both the two handed rod and tube flies. Offshore, big game anglers have also embraced tube flies. The advantage? Increased hook-ups because of being able to control the hook size. An 8-inch long conventional marlin fly needs a substantial stainless-steel hook. A tube fly of the same length does not.

Here, in my new home state of Georgia, I have yet to see a fly angler using tube flies or a two handed rod, and that is after 13 months of pretty much non-stop fishing the coast (redfish), Blue Ridge Mountain (trouts), warm water ponds (carp / bass), lakes (hybrid stripers) and major rivers (everything).

HMH tube fly tool adapter allows you to use your conventional vise, around $30.

Here are some of the advantages of Tube Flies

• A tube may be tied in any length in a range of materials, diameters, weights and shapes to suit the prevailing fishing conditions.
• The tube fly may be fitted with the preferred type of hook – single, double, trebles, barbed or de-barbed. The hook may be left to swing freely at the tail of the tube or attached via a junction tube. In either case the hook is freed from the fly once the fish applies prsssure.
•You can use non-stainless steel hooks (which are sharper and stronger) in salt water. Just throw them away when they begin to rust or get dulled, thus extending the  life of the tube fly.
• You do not need a fly box. Tube flies, hookless, can be pocketed. Hooks can remain in original packaging and pocketed. Loop to loop knotless leaders are very convenient, and they can be added to at home and repackaged in their original packaging.
• When you buy tubes, you buy them in lengths and cut them to the length required for your fly. You don’t need to buy a variety of hooks and shanks to create flies in various sizes, this offers a cost savings up front, and you’ll never run out materials to create a fly of a specific size. There is also a wide range of cone & disk offerings to use on tubes where their use on bare hooks and shanks are problematic.
• Due to the increased size of a tube compared to a hook shank, your fly can have a larger body without having to buildup a body on a shank with floss or dubbing, this saves time and allows you to pump out more flies faster. You can also buy tubing in a wide range of colors, so you can skip making a body entirely if you are tying a simple winged fly. 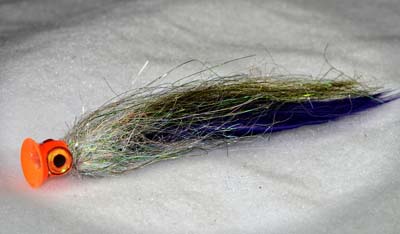 • If the hook becomes damaged, replace it, not the fly.
• If you hold a short, 8-inch or so piece of string in your hand loosely, and wave it around, you’ll see that the string doesn’t slip out of your fingers easily, due to the lack of weight. If you clamped a split shot onto that piece of string and wave it around, there is a higher likelihood of that string slipping through your loose grip. When a fish constantly shakes its head the tied fly creates a bigger hole each shake and leveraging improves in favor of the fish.
• Using “Bottle” tubes (metal tubes out of brass, aluminum, titanium) allow deep mining in pools, flats holes or blue water.
• “Turbo disks” are essentially an almost flat piece of brass which you put on the front of the fly as a head. This disc serves two purposes: A disturbance in the water or as some say “pushing water.” The lateral line of the fish feels this disturbance and alerts the fish to the presence of the fly, similar to a spinner lure. The second is that the disc creates turbulence in the water behind it, this makes soft materials like marabou, arctic fox and flashabou pulse seductively, creating a great visual for an aggressive fish.

Tube flies are more durable because when you hook the fish, the fly slides up the leader  – away from the fishes gnawing. You can tie huge flies without buying expensive long shanked hooks, and they swim better and look more natural

There is one disadvantage with using tube flies. It is nothing to do with the effectiveness of the fly at catching fish but more to do with the wording of local fishing regulations. An example is in the Washington. A tube fly is defined as a lure and not a fly under their State regulations and therefore can not be used on fly only water. Their regulations define a fly as ‘a lure on which thread, feathers, hackle, or yarn cover a minimum of half of the hook shank of the hook’. Also, the regulations in Eastern Canada forbid the use of ‘weighted flies’ for Atlantic Salmon. Metal tube flies are considered ‘weighted flies’. Consult your local fishing regulations before using tube flies.

A good source of tube fly materials and an adapter to your standard fly tying vise would be your local fly shop if clued on tube flies or best online at Saltwater Fly Tyers.