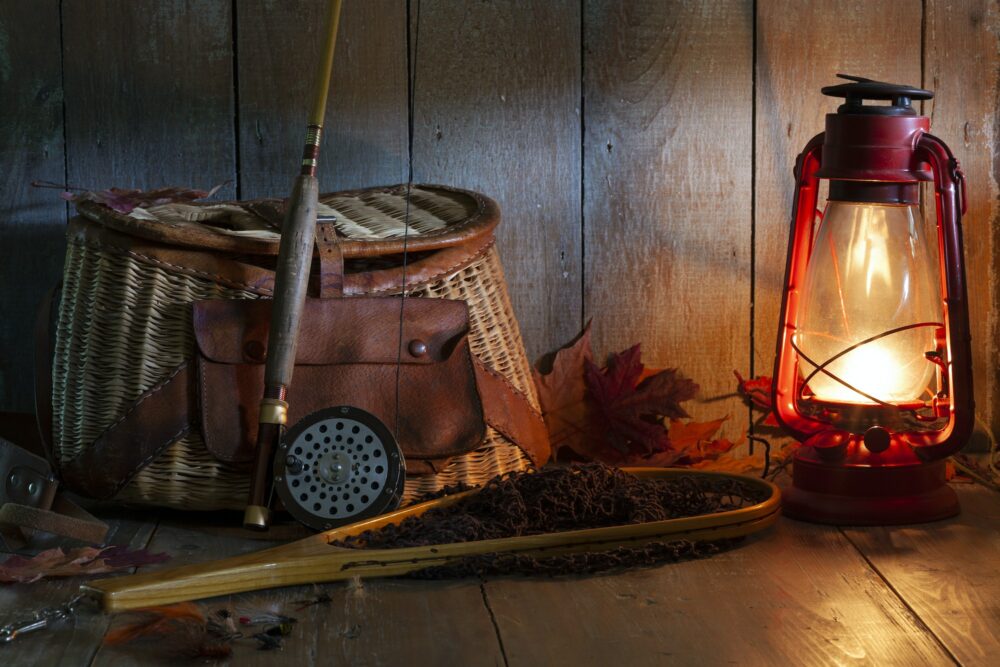 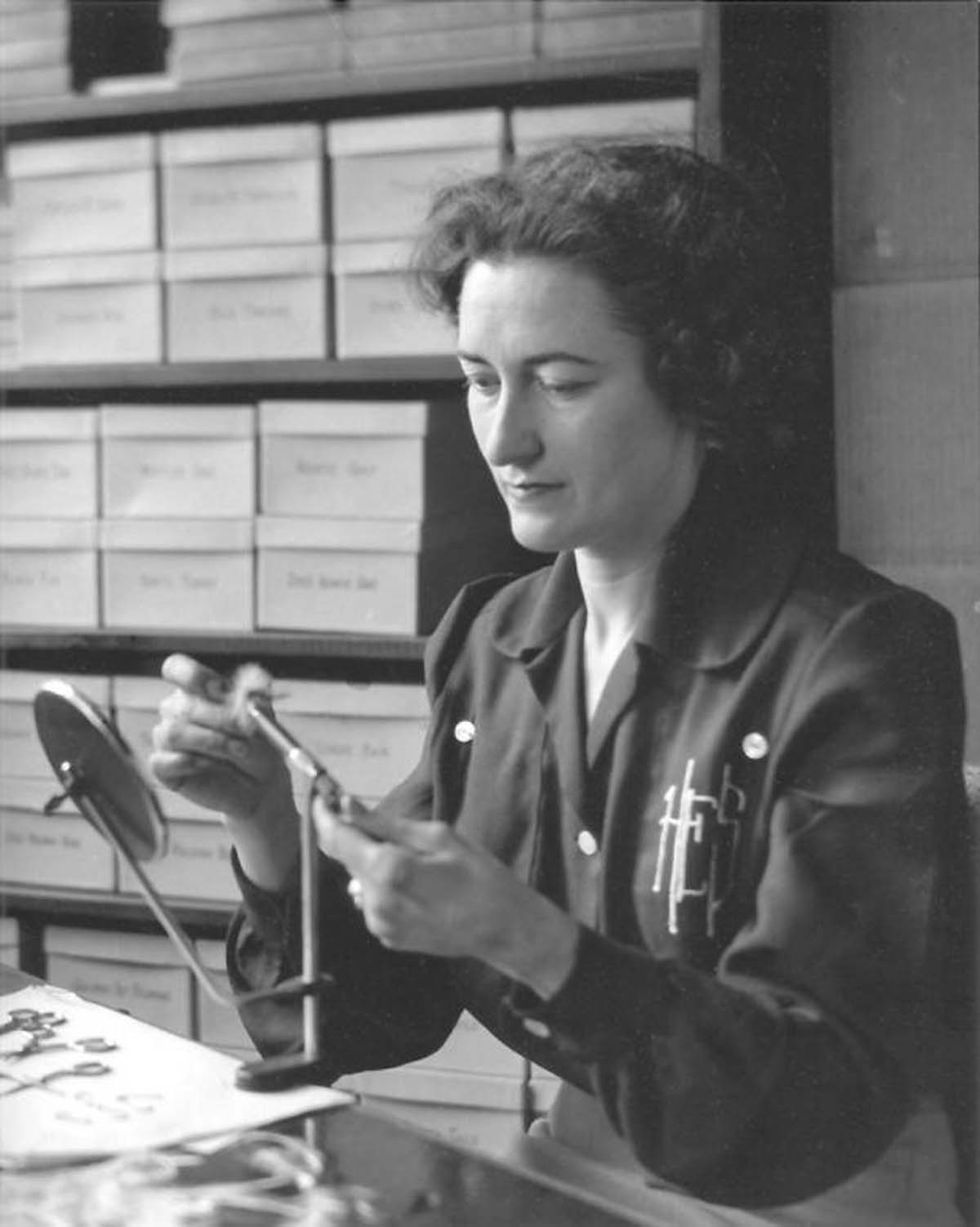 Helen Shaw (1910–2007) is considered by many to be the The First Lady of Fly Tying. NOTE: The mirror got replaced by a rotating vise. Shaw, a Wisconsin native, was not only a great fly tyer – possibly the best fly tyer in the 20th century, but a superb fly caster and fly fisher as well.

However, when one heads to New Zealand, Argentina, or Chile, it is tying flies for the trout rewards—heading to the Florida Keys in the spring, it is to get a tarpon high. Likewise, Atlantic salmon satisfaction will lead you to the Maritime provinces in late summer/fall, sailfish to Panama, or bonefish redemption in the Bahamas.

Other venues and destinations support all those species mentioned above, but you get the point. 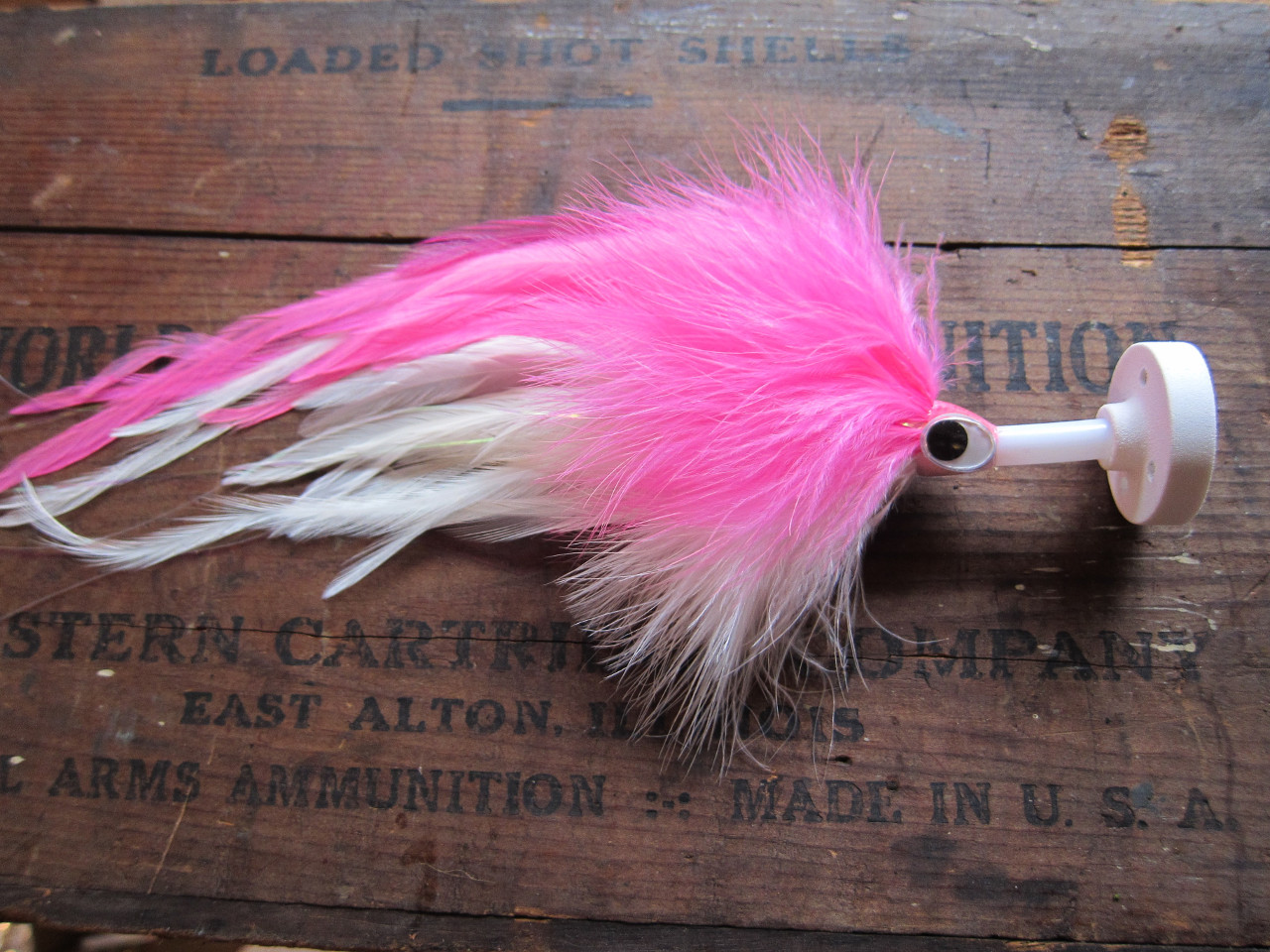 In pursuit of famous game fish, I tend to return to past successes and tying well-known, and in most cases, traditional flies, albeit abused by my ten-thumb ties, and to better serve my needs, usually converted to tube flies.

Therefore, my only distinction as a tyer might be that I rarely tie hook-tied flies, preferring only tube flies. Tube flies solved more than a few problems, which you can read about here . . .

Some say they tie flies to save money, but my reality is tying for the fun of it – the joy of experimenting with new patterns and materials. It is an undeniable pleasure to catch a fish with the concoctions we create.

As for tying fame, remember that anyone can copy your ‘hit-man fly.’ Usually, the best you can hope for is that your fly will appear in books on the subject, either named after you or crediting you with its creation. 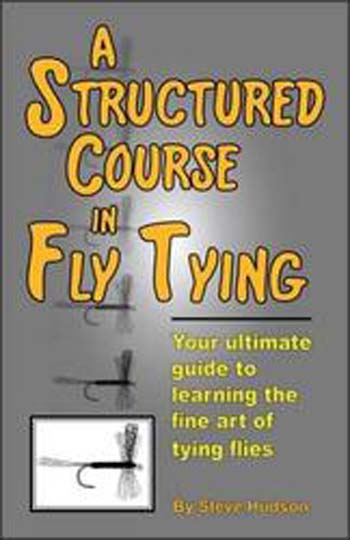 Get the best ‘How To’ fly tying book ever written; you’ll be glad you did

Most fly-tying books for beginners start with a picture of a hook, naming its parts, images, and names of tying tool essentials, and then it’s off to the races with tying flies. The specialness of the reader being completely comfortable with the maneuvers that will be called on over and over needs to be emphasized more. Most beginner tying books do not build on one maneuver being mastered at a time – tending more toward frustrating than learning.

Each chapter of Hudson’s book addresses, in commonly understood language, the essential details of each maneuver, why it is done a certain way, what the likely mistakes look like, and the consequences. The supporting illustrations are superior.

The reader is tying a fly pattern on page 66. Those early pages cover vises, tying tools, hooks (finally a comprehensible explanation), thread (finally a ‘structured’ illumination), and even head cement.

Each chapter builds on what was just priorly learned

Throughout the book, there is a thorough explanation of how to manage each new material. Materials are thoroughly explained: dubbing, tailing, adding weight, marabou feathers, ribbing, wing cases, hackle, wings, combining materials, dry flies, wet flies, and beyond the basics.

You can purchase A Structured Course in Fly Tying here . . . 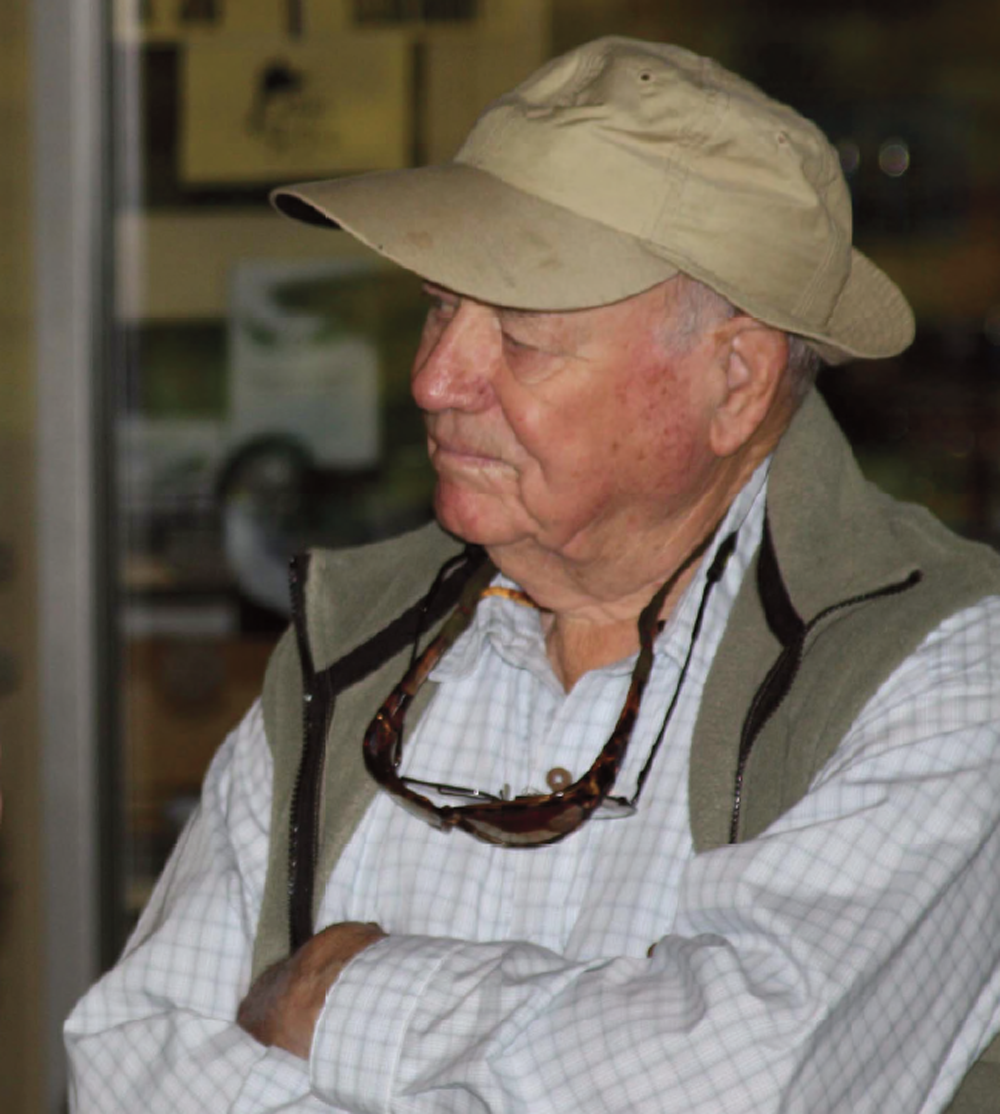 Inimitable Lefty Kreh  was the father of modern day fly fishing. Lefty Kreh is the creator of Lefty’s Deceiver and he is one of the 20th century’s greatest innovators in fly fishing. Skip Clement Photo.