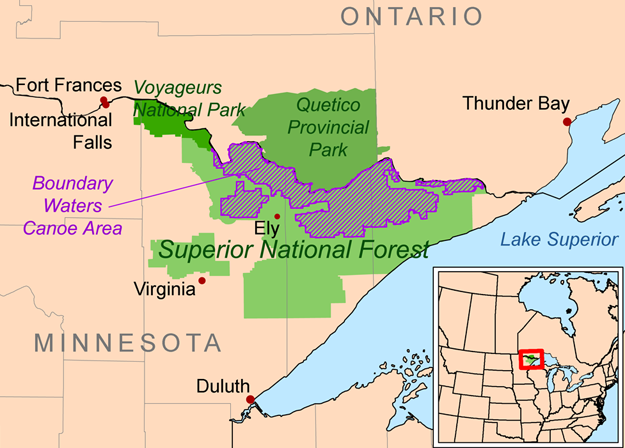 Opinion: In charge with no wisdom

The following is excerpts from and comments about American Rivers‘ Jessie Thomas-Blate’s Take Action Blog on November 6, 2017

“Where we used to fly fish,” a horror movie in real-time, Twin Metals Minnesota, a subsidiary of the infamous Chilean mining giant Antofagasta

[dropcap]M[/dropcap]innesota Congressmen Tom Emmer, Collin Peterson, and Jason Lewis have openly chosen to circumvent a proven environmental review process that has been in place for nearly 50 years. Unhesitatingly, stabbed 126,000 Americans in the back who, in public comments, stated clearly they are steadfastly against extraction mining in the Boundary Waters. Against openly allowing a foreign mining company, with a terrible history of environmental violations, to build dangerous sulfide-ore copper mines on the edge of the Boundary Waters Wilderness.

Congressmen, “Have You No Sense of Decency?” Do you three Congressmen understand that you are agents serving mining interests, not Minnesotans, not Americans? That you are granting pre-eminence to a foreign company that has no confusion as to its responsibilities – extract sulfide-ore copper on the edge of the Boundary Waters Wilderness as cheaply as possible, and lawyer away financial obligation when toxic waste spillage destroys an entire wilderness fishery.

A strange desire to do the wrong thing

Congressmen Tom, Collin and Jason your proposed squandering is not in the best interests of Minnesota’s Boundary Waters: The United States of America, the future of the people of Minnesota who live there, make a living in and around those waters or come from points near and far to fish, canoe, kayak, camp and hike in and be near its pristine waters.

If passed, your proposed legislation would endanger the Superior National Forest, protected for more than 100 years, and put Minnesota’s national treasure, the Boundary Waters, at risk. Your project could destroy America’s most visited Wilderness area, which is why it was included as one of America’s Most Endangered Rivers® of 2013. Hundreds and hundreds of Boundary Waters businesses like this one in Ely, Minnesota, will disappear along with thousands of jobs. Nearby home values will plummet. Welcome to the reality of vacuous politicians and a foreign mining company’s interest in America’s well being.