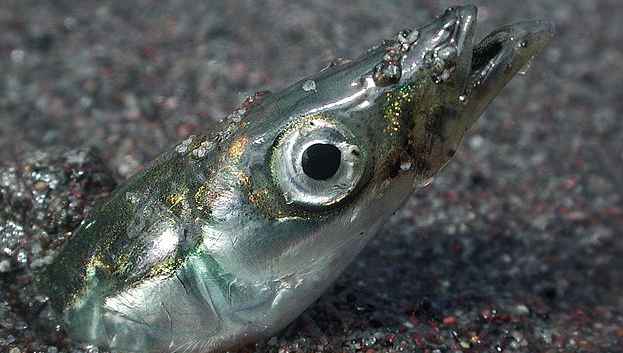 [dropcap]I[/dropcap]t’s safe to say that Joni Mitchell wasn’t thinking about forage fish when she wrote the lyric “You don’t know what you’ve got till it’s gone.” But that refrain, from her 1970 hit song, “Big Yellow Taxi,” perfectly captures the need for policies to protect small baitfish.

Sardines and anchovies are great examples of forage fish whose critical roles in the ocean food web are rarely noticed until their numbers plummet. Both of those species’ populations appear to be at critically low levels on the West Coast, and the Pacific marine ecosystem is suffering the consequences. Starving sea lion pups and brown pelican breeding failures are two visible examples.

The poor state of Pacific sardines and anchovies highlights the need for fishery managers to do all they can to conserve those and other species of forage fish. Today, the National Oceanic and Atmospheric Administration’s Fisheries Service (NOAA Fisheries) took a big step in that direction by finalizing a rule prohibiting commercial fishing from starting on seven broad groups of prey species until fishery managers assess how that fishing would affect the broader ecosystem. This officially enacts a policy adopted unanimously in 2015 by the Pacific Fishery Management Council, which manages fishing in federal waters three to 200 miles off the coasts of California, Oregon, and Washington.

NOAA Fisheries deserves praise for this landmark decision, which shows that the agency recognizes that a healthy ocean depends on maintenance of an abundant and diverse array of forage fish species.