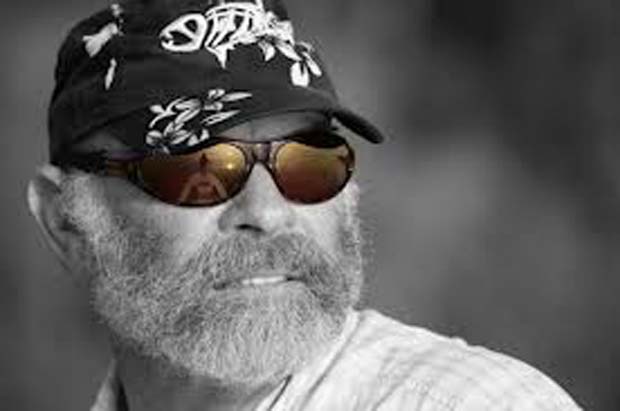 All too often an attempt to shine a light on a living legend ends up a gooey mess of adjectives, but Orlo Dietrich, writing for Sporting Classics, leaves an unmistakable imprint of his friend and true legend.

[dropcap]I[/dropcap]t seems every walk of life has its legends, and certainly fly fishing is no exception. For anglers who love the graceful symmetry of the cast, solitude and quite reflection in the most beautiful places in the world, the ability to pursue anything from bluegills in local ponds to billfish in bluewater, and the intensity of a take, the legends come immediately to mind. Lefty Kreh, Chico Fernandez, and Flip Pallot always head my list, and probably the list of many other sportsmen as well. Flip, however, due to his 16 years as the maestro of ESPN’s Walker’s Cay Chronicles along with his quiet voice and, probably most important, his understated, philosophical nature, has earned recognition far beyond fly fishing’s core community. For many he is not just a fly fisherman, he is what a fly fisherman should be. Flip with his wife Diane. Photo by cabinbluff.com.

I am also fortunate to call him a friend.

Our friendship began, oddly enough, on an elk hunt. I live high in the San Juan Mountains, remote and off the grid, and one day I received a call from a friend, Kirk Deeter, who is editor of Trout Magazine and was doing a story about fly-fishing enthusiasts who also love hunting. He wanted to know if he and his crew could gain access to the nearby wilderness area through my land. Though normally protective of such access, I agreed. I figured a couple of days of climbing the rugged, steep, blow-down infested mountains and they would be gone.

About a month before the season I received a second call. Knowing I had a small cabin on my land, Kirk asked if they could use the cabin. I said yes. Then, ten days before season, the clincher: Their guides had bailed on them, and he wondered if my son would “show them the lay of the land.” My son said he’d be glad to help.

The day before the season, Kirk arrived along with a couple of photographers and Bruce Holt from G Loomis Rods. Later that afternoon we heard the roar of a diesel engine laboring up the steep grades that lead to my house and saw a pickup emerging from the golden aspens. As the truck got closer, I could see only a big guy behind the wheel of a white Ford pickup pulling a Harley.