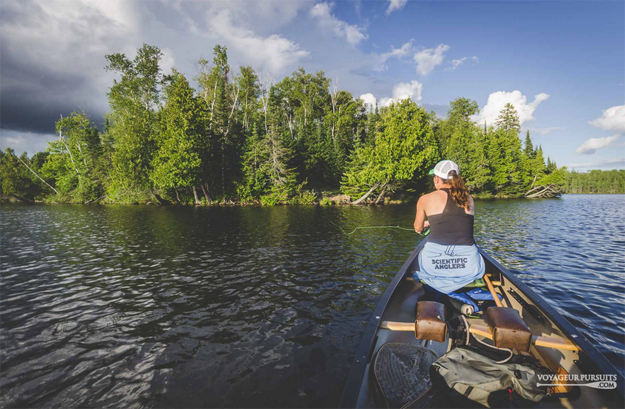 [dropcap]T[/dropcap]his afternoon (November 5, 2016) on the banks of the North Platte River, Backcountry Hunters & Anglers’ president and CEO exhorted a crowd of sportsmen and outdoor enthusiasts to stand united against efforts to divest Americans of the nation’s public lands and waters.

Hundreds of public lands advocates traveled to east-central Wyoming to attend the Casper rally. Taking place only days before a pivotal presidential election and barely a week after a federal jury in Oregon acquitted radical anti-public-lands activists who staged an armed occupation of the Malheur National Wildlife Refuge, the event was charged with a sense of urgency as speakers addressed threats to U.S. public lands, the outdoor opportunities they represent and the economic vitality they currently offer.

“Individuals exist who would steal your outdoor heritage,” BHA President and CEO Land Tawney told the crowd. “They would steal your livelihoods, the places where we experience true freedom. Attempts to transfer ownership of public lands away from us, their owners, are fundamentally grounded in an effort to privatize these lands. 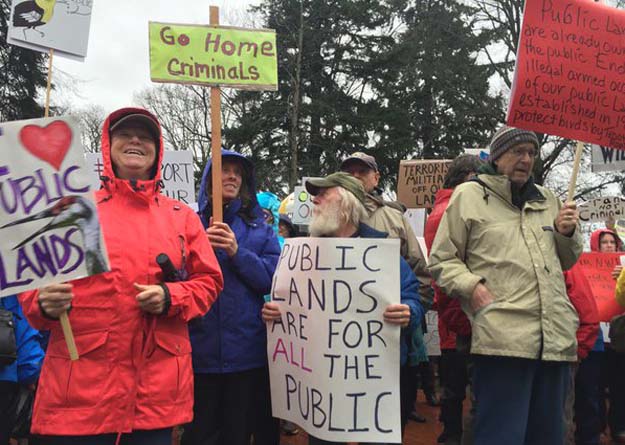 The “Deceivers” behind stealing your public lands drape themselves in the American Flag and shout “States Rights” and our “Government is Bad.” Beware! Image credit ONDA @TheOregonDesert.

“Some dismiss this notion,” continued Tawney. “I’m glad you all have not. The threat is real and catastrophic. Ever since Theodore Roosevelt established our proud legacy of public lands, there have been those who would take it for their own. We must resolve to stand united against these attacks – and stand up for our rights as public landowners, sportsmen and citizens.”

Chris Madson, writer and former editor of Wyoming Wildlife magazine, and Tania Lown-Hecht with the Outdoor Alliance also spoke at the event.

“Wyoming’s way of life and second largest industry – tourism – rest on the foundation of federal land,” affirmed Madson, a longtime resident of Cheyenne. “Divestiture would be a catastrophe for the state and the overwhelming majority of its people.”

“The unfortunate jury verdict in the trial of Ammon and Ryan Bundy and their cohorts shows that much remains to be done to inform and engage Americans in fighting on behalf of our public lands,” stated Tawney. “Rising above the chatter from lawyers, politicians, and CEOs, however, is the voice of the public lands sportsman. We are the constituency that has the most to lose, should we lose our public lands, and we have spoken up in support of them again and again. We haven’t seen the end of the Bundys and their allies. But we’re in this fight for the long haul. And damned if we’ll back down anytime soon!”

Backcountry Hunters & Anglers is the sportsmen’s voice for our wild public lands, waters, and wildlife.
[information]