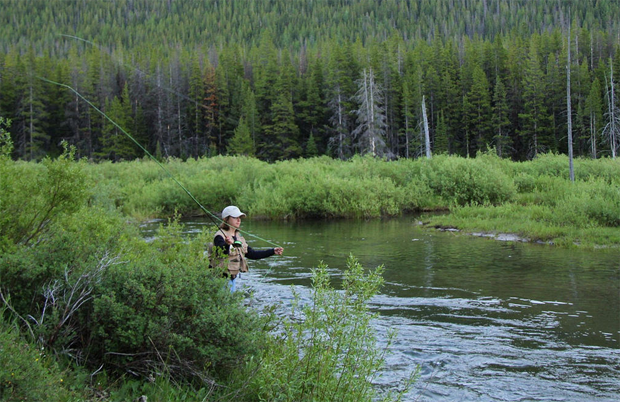 Public Ownership of Flowing Waters is an Undisputed Democratic Principle

[dropcap]E[/dropcap]ven before Americans decided to stop obeying the rest of Britain’s antiquated laws and Old World traditions, our rivers were used by all members of society – for hydration, transportation, sanitation, power, commerce, agriculture, hunting, and angling. And that was before the sporting pursuits were simply for sport. On the frontier, to bar another man from drinking from a river or catching a fish might very well kill him.

Living conditions have changed these centuries later, but flowing waters are no less valuable. And thankfully, the citizens of America still own her streams. Yet in a regression toward European ideas of propriety, the ground below those streams is no longer universally public. Each state has the right to define such laws, and while some have governed in favor of their citizens, others favor their waterfront landowners. While anyone may walk below the high water mark on any river in Montana, to do so on the same stream in Wyoming might get you fined. This is a disparity of freedom to wander the wild reaches of a river, freedom to drop anchor to eat lunch. As the sportsmen’s voice for our wild public lands, waters, and wildlife, Backcountry Hunters & Anglers calls foul on that disparity.

Stream Access Now is BHA’s latest endeavor to improve public fishing and hunting access and opportunity nationwide. We believe that streambed walking access, so essential to fishing and waterfowling opportunity, is not being discussed or defended at a national level – and sportsmen are literally losing ground in some states. Many organizations are already doing great work on these issues at a local level. We want to support and magnify their efforts. In places where no such organizations exist, we want to empower a constituency to engage in the stream access debate.

A Montana mom gets a day off. If this “public land” becomes private or if there is denied stream access – she goes to jail.
US Fish and Wildlife.

1. Educate: Serve as a resource for informing and generating awareness within the sportsmen’s community about the challenge of stream access – establishing it, upholding it, and defending it – state by state.

2. Motivate: Give sportsmen and women the tools, knowledge and impetus to speak up on the issue of stream access. Illustrate what’s at stake for our community if we fail to gain – or we lose – the ability to access the public water flowing through the nation’s rivers and streams. Highlight this issue and spark conversations about access.

3. Activate: Build an army of hunter-angler advocates who can react quickly and nimbly to potential threats and takeadvantage of opportunities to improve public access. Leverage the power of BHA’s on-staff resources to advance these efforts, providing targeted assistance to achieve policy objectives in the state and national arenas.

To accomplish this, we’re joining forces with the outdoor industry – businesses with a vested interest in free public stream access. Many already are committed to Stream Access Now. Their support is helping us jumpstart our efforts via a crowdfunding campaign to provide Stream Access Now with a reliable foundation. The hope is that, by giving concerned sportsmen a stake in the process, we will simultaneously create an army of boots-on- the-ground conservationists to demand the public streambed access that is our birthright as Americans.

Make no mistake. Though the opponents of public access may be a minority, their influence often exceeds our own. Through well-funded lobbying and political clout, these individuals are constantly seeking to erode the public’s rights to access our waterways. We have an upstream hike ahead of us, through heavy current. But who better to take those strides than a group of backcountry hunters and anglers?

Visit streamaccessnow.com to learn more and support this new effort. Sign the Stream Access Pledge and join others who are committed to upholding our rights to access America’s streams. 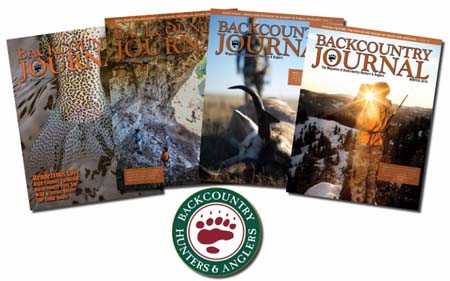 If we do not have an advocate like Backcountry Hunters and Anglers, your outdoor options will be taken from you.
CLICK ON IMAGE TO JOIN.