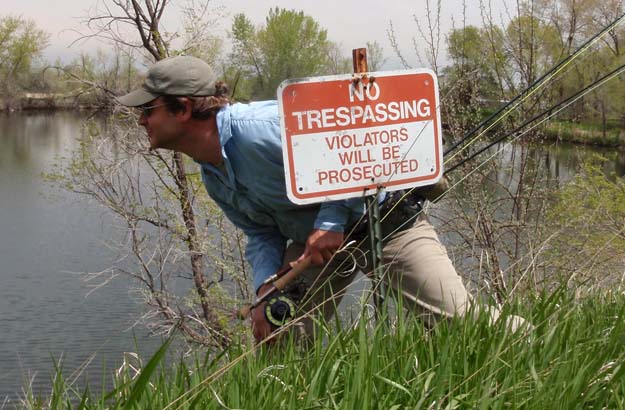 Steve Zakur on private property no trespassing. You don’t want what I have. Those with questions about public lands in the West need only look east for answers

[dropcap]“[/dropcap]. . . A little more than 5% of Connecticut’s lands are publicly held. Private ownership closes off vast swaths of streams and forests to outdoor pursuits. And even when private landowners are inclined to open their property the patchwork of access and rules makes use difficult.

By contrast, an Idahoan enjoys copious amounts of landscape for their activities. Two-thirds of Idaho’s lands are in state and federal hands. According to the Outdoor Industry Association, 74% of Idahoans enjoy this bounty. Outdoor recreation in Idaho generates $6.3 billion in outdoor spending, 77,000 jobs for Idahoans, $1.8 billion in wages and salaries and more than $460 million in state and local tax revenue. On a per capita basis, that’s more than double the benefit that Connecticut receives. Double. 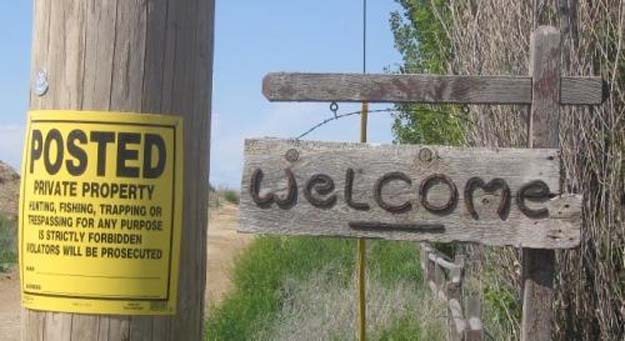 Well, which is it? Getting confused? Listen to the Deceivers, better known as “decoy conservationist,” they are the flag-draped dot-org “master” propagandists. Namely, the American Lands Council and American Legislative Exchange Council. Beware of their forked tongues.

There are movements afoot in state capitols across the west to try and shift federal lands into state hands. We already know what the result of such a shift would be because state governments have given us ample historic examples. State governments would sell the lands to raise funds to balance budgets. Once those lands are in private hands, whether it be tech billionaires, mining concerns, or foreign oligarchs, the fence posts will be painted, and signs will be posted.

With less public resource, land use conflicts among public users, that’s you and me, become acuter. Mountain bikes vs hikers. Hikers vs Dog Walkers. Dog Walkers vs ATVers. ATVers vs Birders. Birders vs Feral Cat People. We lose more than just access. We lose a bit of ourselves in the ensuing battles.

A bunch of folks out west want to go from what they have — abundant lands that support multiple uses — to the scarcity which we have in the east. That’s what they want? Scarcity overabundance? That’s just plain idiotic.

There are many precious birthrights that we have as Americans. The lands which we all share — those vast swaths of purple mountains and amber waves of grain — are among the most precious. We shouldn’t squander that birthright, shed the abundance, seek scarcity because of political ideology or imprudent fiscal policies

I guarantee that those in the west don’t want what I have, but they may not discover this until it’s too late. And, if history should serve as a lesson, there’s no going back once it has begun. “

First, this is not going to happen, so the discussion is somewhat academic. Second, there are plenty of examples of both good and bad land management at all levels of public and private ownership. Third, why in the world do we trust that the federal government is better at this sort of thing than state or local control? Fourth, it’s all in the political world, so people who care should get involved with the political institutions – at all levels. Fifth, we want the management of public resources to be responsive to everyone – the thought behind this current discussion is that management closer to the people will be more responsive than bureaucrats in Washington.

There’s been no evidence that management by the states leads to better outcomes. In fact, the evidence leads to one outcome — the state sells any value the land has up to and including the land itself and pockets the money. How does Utah help fund education? By creating a land trust that sells land to create an endowment. Nevada started their land trust program with 2,100,000 acres. They now have 3,000 left in public ownership. States sell land when they get their hands on it and they wrap themselves in nice things like education so they can look heroic while fleecing the public. The only way this discussion is academic is if people prevent it from happening. There’s a lot of money being put into this push to privatize public lands. Voices need to be raised in opposition.

This is what happens when states get control of public lands. Utah recently auctioned off over 3600 acres of state land to private bidders. This article was in the Durango, CO Herald.

Having lived all of my almost 70 years in the west and hunted, fished, backpacked, horse packed, hiked in the tremendous public lands that we have, I can say that this article is spot-on. While we may not be happy all the time by management decisions made by the US Forest Service, BLM, etc., the public land would disappear and be locked off exactly as outlined in this article if it was transferred to state governments. This is a huge issue, and it needs more attention. The same people that want to privatize social security for the benefit of their Wall Street and corporate cronies would love to get their mitts on our public land, sell it off and keep us locked out.