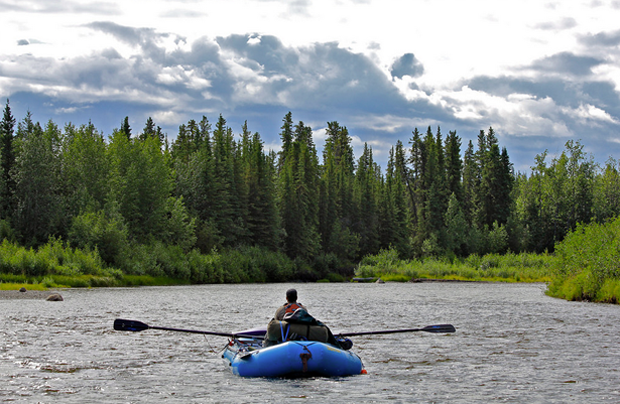 NOTE: The following story appears in the Angling Trade Magazine (spring 2016). It is republished with permission. The sub-heads were not part of the original story.

WHAT WE JUST LEARNED IN OREGON, by Walt Gasson / Angling Trade / Outside The Box – Public Lands

[dropcap]T[/dropcap]he siege is over in Burns, Oregon. The Bundys and their thugs are in the wind or in the hoosegow. In time, things will get back to normal at the Malheur National Wildlife Refuge and the people of Burns will get back to their lives without a media circus. But some issues remain—issues that affect all of
us who care about fish and fishing.

Let’s begin by getting a few things straight. First, the Bundys and their ilk never represented anyone but themselves. They certainly never represented ranchers in the interior West. My observation, based on 61 years of experience, suggests that westerners in general (and ranchers specifically) tend to resist representation. And rest assured, if you could ever get these notoriously independent folks to agree on anything, it would not be to appoint a whack job like Ammon Bundy as their spokesman.

Second, the last thing we need now out here in flyover country is some sort of running gun battle (metaphorically speaking) over whether there should be livestock on public lands. The hardcore greenies would like to rekindle that fight because it will bring them membership and money. That’s a sucker’s game, and we should treat it with as much disdain as we reserve for the scofflaw Bundys. The real work that’s being done on the ground for fish and wildlife habitat out there is being done by hunters and anglers and ranchers and businesses working together on projects that benefit us all. Working together gets stuff done.

Finally, let’s not forget what the real problem is. The problem is not a few pistoleros with tinfoil hats and conspiracy theories. The problem is a well-orchestrated and well-funded effort to transfer public lands—our lands—to the private sector. It starts with the federal budget. They need to make these federal agencies look incompetent, so they starve them for budget. At the same time, they provide generic legislation to both state legislatures and the U.S. Congress, calling for the states to “take back their lands.” The states never had these lands. They ceded them away as a condition of statehood. More importantly, the states don’t have the resources to manage them and they have poor track records of managing the lands they now have. The states will simply be the middle man, the broker for the sale of these lands to the highest bidders.

If that scenario doesn’t bother you, it should. It should feel like taking something from each one of us without compensation because that’s exactly what it is. But don’t take my word for it. Snoop around a bit on the Internet. Check out groups like the American Lands Council   and the American Legislative Exchange Council. Read the sample legislation. Follow the money. What you’ll find is a multi-level, nationwide effort to liquidate our public lands. If that strikes you as a bad idea, then do something about it. Talk to your delegation in Washington. Talk to your state legislators. Talk to your county commissioners. Tell them you want your family and your customers to have a place to hunt and fish and camp. Tell them to keep their hands off our public lands.

Hey, fly-fishing industry, get your ass in gear

For goodness sake, your business flat-out depends on people being able to use the stuff you sell them on public lands (and more specifically rivers). If the fly-fishing industry can’t get behind this effort to keep the lands we all own now, then we haven’t done our jobs. Which may not matter, because we could ultimately not have them at all. Join Angling Trade and stay up on what is new in the fly fishing industry . . .