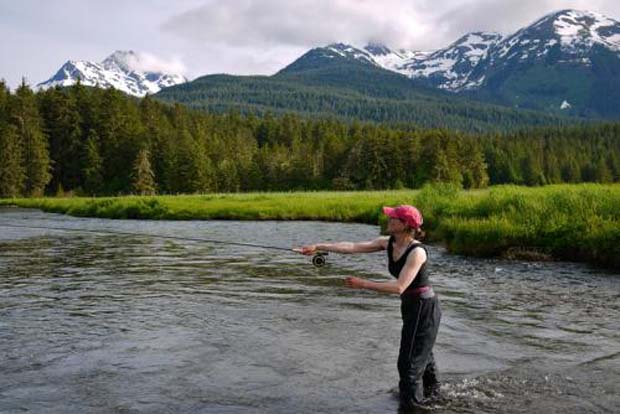 Public Lands Series: Your Land – steal it, then sell it

[dropcap]F[/dropcap]ollowing a House of Representatives hearing on legislation that would transfer ownership of U.S. public lands, waters and resources away from the American people, Backcountry Hunters & Anglers condemned ongoing efforts by members of Congress to cater to special interests that contradict the will of public lands users, including sportsmen.

The House Natural Resources Subcommittee on Energy and Mineral Resources met this morning to consider H.R. 866 and H.R. 1484. H.R. 866, introduced by Rep. Diane Black of Tennessee, would transfer oversight of energy resources on public lands to individual states. H.R. 1484, introduced by Rep. Mark Amodei of Nevada, would transfer public lands located in Nevada to state ownership.

“Following last week’s election, members of Congress beholden to special interests have wasted no time in promoting legislation that would exploit and seize our public lands and waters,” said Tawney. “Sportsmen and women will not stand idly by while those who want to privatize our heritage try and advance their agenda. These bills not only are an assault on our unique American birthright; they also would result in the direct loss of public access and opportunities for hunting, fishing, and outdoor recreation – as well as the economic juggernaut that goes with them. The $646 billion annually generated by outdoor recreation must not be ignored.”

“As a public lands hunter from Nevada, I find the House of Representatives’ willingness to consider this legislation deeply disturbing,” said Peri. “Some members of Congress have made no secret of their desire to sell or transfer ownership of public lands away from the American people. The Republican National Committee endorsed an amendment last summer pushing the transfer of public lands to states.”

In 1864, the year it was granted statehood, Nevada was given title to 2.7 million acres, most of which since have been sold to private interests. Today, only 3,000 acres remain under state ownership.

“In Nevada, history has shown us time and time again that mismanagement and ultimately selling these transferred lands to the highest bidder is what results,” Peri continued. “Such a scenario would have disastrous repercussions for hunters, anglers and others who rely on access to these lands. We owe it to ourselves and to the next generation of public lands sportsmen to oppose these wrongheaded measures by every means available.”

Public lands sportsman and TV personality Randy Newberg urged sportsmen to unite in opposition of the bills, H.R. 1484 in particular

“Well, that didn’t take long,” said Newberg, who currently hosts “Fresh Tracks” as well as a popular podcast. “A week after the election and today Congress holds a hearing on a bill that would steal our public lands. H.R. 1484 would transfer ownership of millions of acres of our lands – lands currently open to hunting and recreation – to the state of Nevada, the state with the worst track record of all states when it comes to selling their lands to political pals. Public lands advocates need to contact their members of Congress and tell them this is unacceptable.”

Backcountry Hunters & Anglers is the sportsmen’s voice for our wild public lands, waters and wildlife.