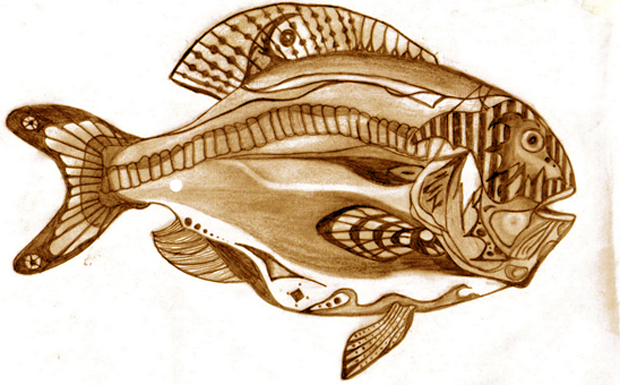 Race to the bottom: Impact of deep-sea fishing severely underestimated

Scientists recalculated historical catch data to find that bottom trawlers that scrape the seafloor with huge nets may be killing far more fish – and destroying more habitats – than previously thought.

By Alastair Bland for Oceans Deeply

[dropcap]B[/dropcap]y dragging heavy nets across the seafloor, bottom trawling has long been regarded as among the most indiscriminate and destructive of fishing methods. Now new research shows that fishery managers may have grossly underestimated the global impacts of trawling for decades. Orange roughy. Original artwork created by IrishErlina under license. Modifications have been made.

A team of scientists from institutions around the world studied global catch data for a 65-year period beginning in 1950. They concluded that deep-sea trawling – an especially lethal fishing technique that deploys industrial-scale gear at depths greater than 400m (1,300ft) – caught and killed nearly 80 percent more fish than experts had previously estimated. Their analysis shows that the fishery may have taken 25 million tons of marine life – especially species such as Greenland halibut, Longfin codling, grenadiers and orange roughy – whereas the United Nations Food and Agriculture Organization (FAO) recorded only 14 million tons.

“We would expect this fishery to be very impactful, but to find that landings were almost 50 percent unreported – that was very surprising,” said Deng Palomares, a senior scientist at the University of British Columbia who collaborated on the research.