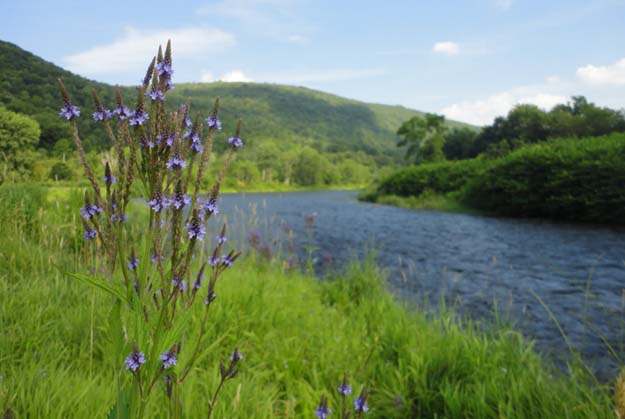 The Upper Delaware River: New York, Pennsylvania, Delaware, New Jersey, and New York City must all agree on extending the current water-release plan (FFMP) from the NYC Delaware Basin reservoirs, which created this great trout fishery. While far from perfect, the current plan provides for reasonably good habitat conditions most of the time. [dropcap]A[/dropcap]s president and CEO of Trout Unlimited (TU), the nation’s oldest and largest coldwater conservation organization, and on behalf of the tens of thousands of TU members and supporters within your states, I am alarmed that the Delaware River Decree Parties have been unable to reach an agreement on a plan to ensure sufficient water levels to protect ecological conditions on the river system over the next year. This impasse threatens to imperil one of the most ecologically and economically valuable wild trout fisheries in the East.

While the current Flexible Flow Management Program needs major improvements, it is far better than the antiquated protocol that would govern releases from the Upper Delaware reservoirs if the Decree Parties cannot agree on an extension before midnight on May 31. The plan, known as “Revision 1,” dates to the 1980s, when this world class fishery was barely known and would trigger extreme low water releases during the summer months when the system’s wild trout need thermal relief from high temperatures.

Reverting to this plan, and disregarding the damaging consequences to this fishery, is simply unacceptable and myopic. Thousands of anglers spend millions of dollars in your local economies every year-on fuel, food, lodging, fishing gear, drift boats, even second homes-so that they can fish the Upper Delaware. Why risk that financial boon, when minor adjustments to reservoir release policies would significantly improve and expand the fishery without jeopardizing the region’s water needs? What we need on the Delaware is a flexible and reliable thermal relief program to ensure that water is released in a more timely manner during summer heat spells that stress the fishery. We need a plan that ends the needlessly erratic releases to meet the Montague target. These “yo-yo” flow patterns result in high water one day and dry riverbed sections the next, harming the fish and the macroinvertebrates on which they feed. We need a program with higher baseline releases, and releases that are balanced among the three reservoirs to protect the entire coldwater ecosystem. “There’s gold in the Delaware.” Image credit: Cross Current, an Orvis Endorsed Fly Fishing Guide Service on the Upper Delaware River System in NY & PA. Guided fly fishing for the wild trout of the West Branch, East Branch, and Main Stem of the Delaware River in with drift boats and wading. Click on image to visit the website.

This problem is resolvable: Sufficient water is available, especially with New York City’s Croton system back online. Aall of us want to see a long-term compromise that meets the drinking water needs of each Decree Party, guards against future droughts and protects the river ecosystem. This goal is plainly within reach.

Restoring and reconnecting streams in the Upper Delaware watershed is one of TU’s national priorities. We do this by stabilizing stream banks, improving habitat, and replacing culverts to allow for fish passage and reduce the risk of flooding in the surrounding community. This fishery is not just important to sportsmen like us. It is a significant driver of the area’s tourism economy: A 2014 study counted more than 334,000 angler days on the river, and these fishermen spend millions of dollars each year in New York, New Jersey, Pennsylvania, and Delaware.

I urge you to work with your fellow Decree Party principals in the coming days before the deadline to approve a sensible flow management program that will protect this important wild trout fishery and the local and regional economies that rely on it.