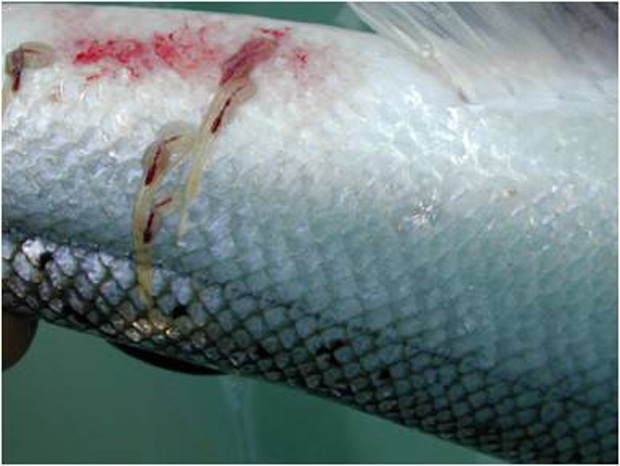 Two fish farming companies tried to block publication of graphic images of their damaged salmon, according to emails released by the Scottish Government.

The Scottish Salmon Company (TSSC) and Scottish Sea Farms (SSF) deployed lawyers in a bid to prevent Scottish ministers from releasing photos of diseased and lice-infested fish under freedom of information law. The photos would cause “reputational damage”, the companies claimed. Sea Lice and lesion on salmon.

But after internal discussions ministers rejected their pleas, and released more than 300 photos taken by fish health inspectors investigating mass deaths at salmon farms. They were published by The Ferret on 27 June 2018, and have been seen by over 22,000 readers.

The emails – released in response to a request under freedom of information law – reveal that TSSC threatened ministers with legal action for a “breach of duty”. SFF warned that publishing the photos would incite activists “to harass or threaten our staff.”

Campaigners have accused the two companies of trying to “cover up” the reality of caged salmon farming, and praised the Scottish Government for resisting them. The companies stressed that the photos were “not representative” of their operations.