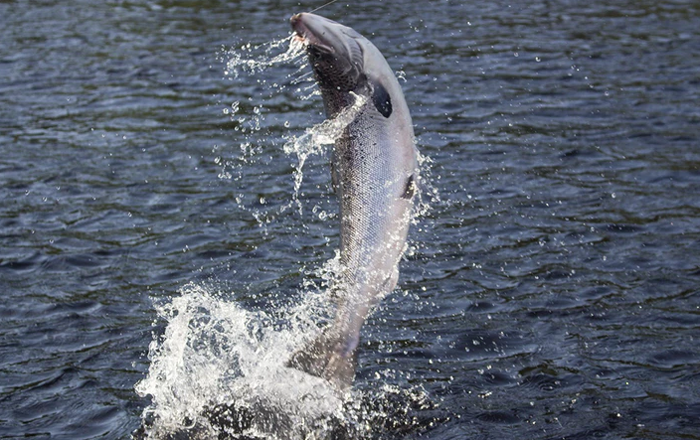 Salmon reports good for NL and parts of Europe

Visions like this are in the minds of many as the countdown to Newfoundland’s June 1 opening takes place. Leaping salmon in the lower Humber River – an amazing photograph by Bill Bryden – ASF.

[dropcap]T[/dropcap]he big news this past week was the announcement by Fisheries and Oceans Canada of the regulations for salmon angling in 2019 for Newfoundland and Labrador.

These are their major points: 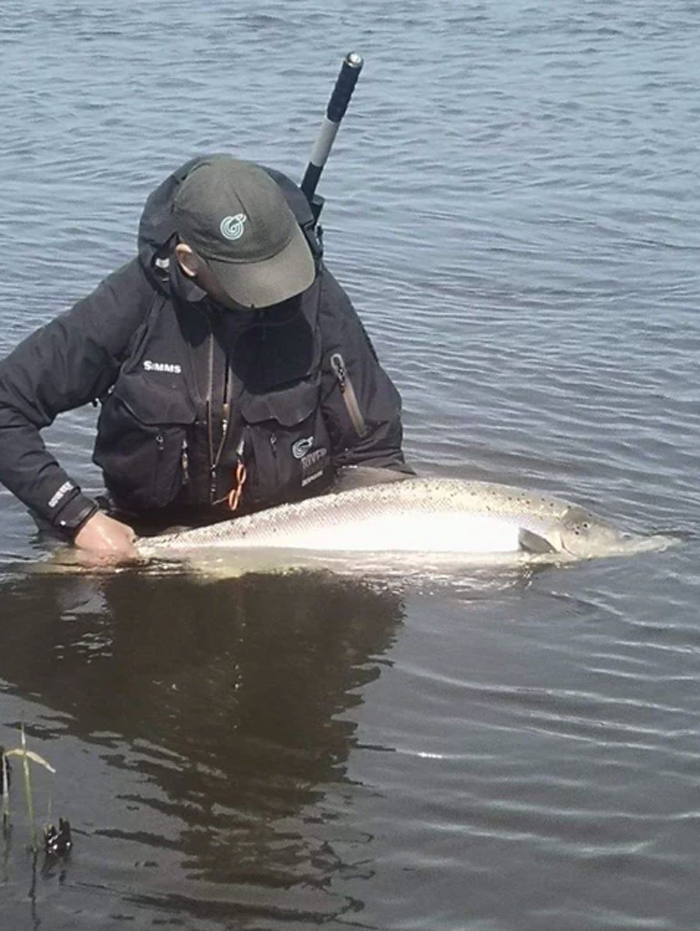 Kenny Frost releases a 45-inch long Atlantic salmon he caught on a fly in the Skjern River on May 16, 2019. ASF

A short update is in order, as April numbers were finally posted for the English rivers the Tyne, Wear and Tees. The news is extremely good, to put it mildly. Most of the rivers have double to triple the early year returns of last year. The Tyne counting facility at Riding Mills does not differentiate between Atlantic Salmon and Brown Trout. But the numbers are excellent, the best since 2011.

The Wear River that meets the sea at Durham is also doing much better than 2018, but perhaps more in line with other recent years.

The Skjern River on the west side of the Jutland peninsula appear to be having a good year so far. As of yesterday, 205 Atlantic salmon have been angled, with a release rate of 53.2%. The average length of the salmon is 92.6 cm., with 38 Atlantic salmon being more than 8 kg. or 17 lb.

For those wishing to keep up-to-date on the river . . .http://skjernaasam.dk/catch-statistics/?species=salmon

NOTE: The Skjern River is featured in the upcoming Summer issue of the Atlantic Salmon Journal

Become a member of the Atlantic Salmon Federation and join the international movement for wild rivers and wild salmon. Members lend their support to the international salmon conservation movement and receive a subscription to our award winning magazine.