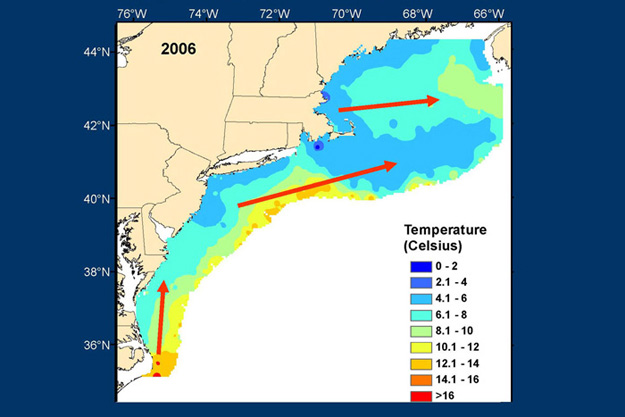 The researchers found that overall, sensitivity to temperature changes varied greatly between ocean-dwelling and freshwater fish. In general, marine fish in the tropics and freshwater fish in higher latitudes of the Northern Hemisphere were the most at risk when water temperatures warmed, the analysis showed.

“Nowhere on Earth are fish spared from having to cope with climate change,” said senior author Julian Olden, a UW professor of aquatic and fishery sciences. “Fish have unique challenges – they either have to make rapid movements to track their temperature requirements, or they will be forced to adapt quickly.”

Fish will either migrate, adapt or die off as temperatures continue to warm, the researchers explained. Given past evolutionary rates of critical thermal limits, it’s unlikely that fish will be able to keep up with the rate at which temperatures are increasing, Olden said. The ability to move, then, is imperative for fish that live in the most critical areas identified in this analysis.

Currently, dams and other infrastructure may block fish from getting where they might need to be in the future; fish ladders and other means to allow fish to circumvent these barriers could be more readily used, although the effectiveness of these structures is highly variable. Additionally, actions to restore vegetation along the edges of streams and lakes can help shade and reduce water temperature for the benefit of fish.