She tells it like it is, and they listen 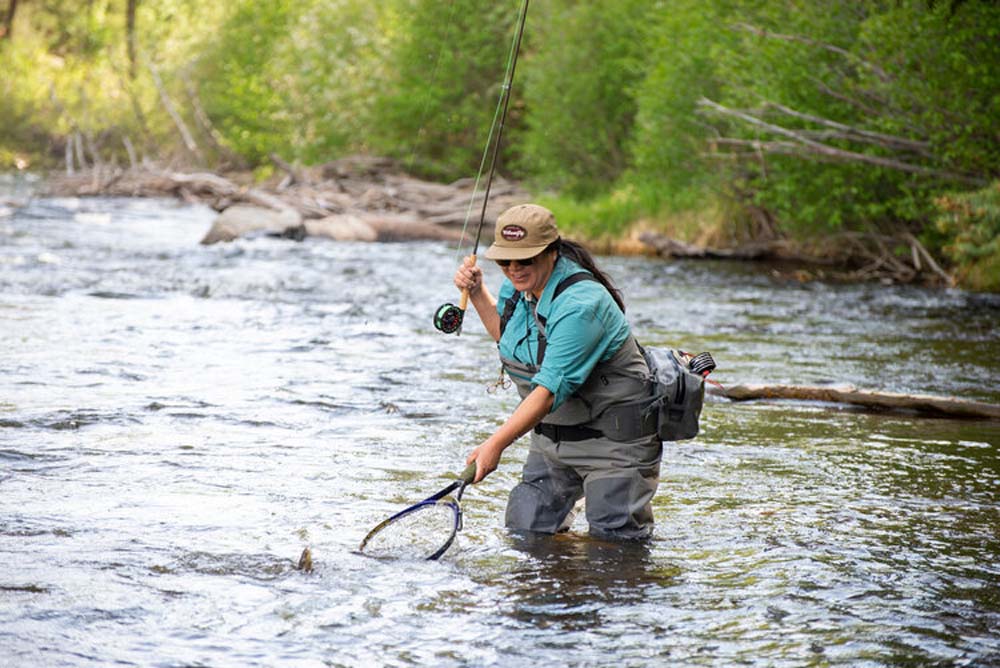 Erica Nelson is the co-founder of REAL Consulting. Nelson’s outdoor prowess is well-earned. The 36-year-old grew up in Kirtland, New Mexico, 9 miles west of Farmington. Before following her dreams as an outdoor leader, she worked as the room operations manager for Marriott Hotels in Portland, Oregon, for five years. In 2014, she quit the corporate path to become a river guide.

She hooks tree branches, slips on rocks, and shines a light on the topics nobody talks about in her sport.

Raised in Kirtland, N.M., by Diné parents (Diné being the Navajo word for “the people”), Ms. Nelson’s upbringing was far from traditional Diné — the result of the conversion of her ancestors by missionaries. “The church we attended, often several times per week, was nondenominational Christian,” she says. “There isn’t a direct path to reconnect with our culture.”

Her childhood didn’t include much fishing either: just two outings with her father. “I hated it,” she says. Still, learning as an adult, she found fly fishing inspiring and the necessary skills and knowledge — like entomology; rigging and casting techniques; equipment maintenance and care; and the multitude of fish species — infinite. During the pandemic, Ms. Nelson began hosting a podcast to cover the less celebrated sides of fly fishing (like untangling hopeless snarls) along with more difficult and potentially uncomfortable topics like underrepresented demographics and inequities in the sport.

“It wasn’t really a welcoming space initially,” says Ms. Nelson of fly fishing. Staff at shops weren’t forthcoming with information, and photos in gear catalogs were mostly of white men. She felt like an outsider in a sport she was coming to love. “Nobody looked like me,” she says. Appropriately, she called her podcast “Awkward Angler.” . . . 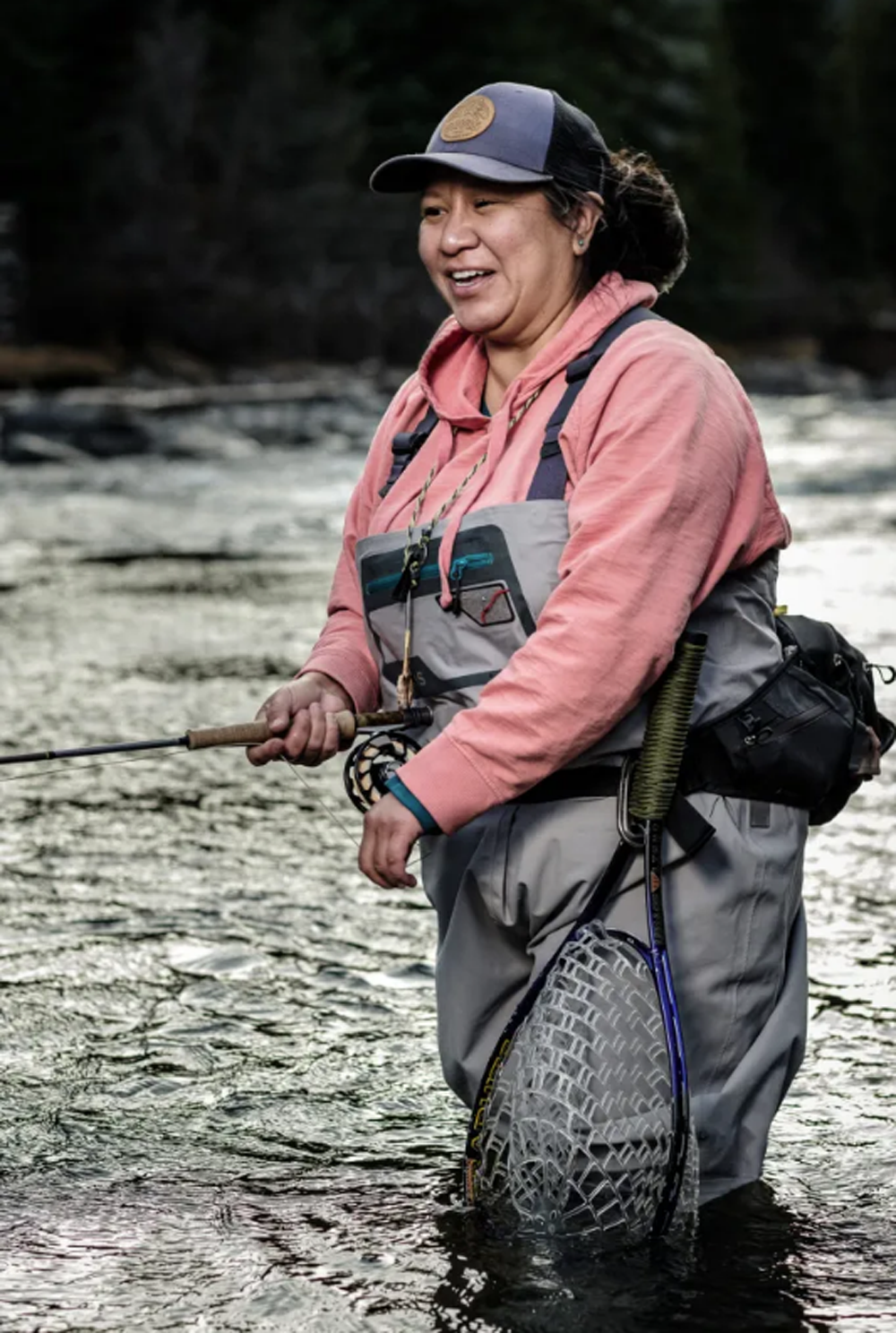 Nelson smiles as she enjoys some time out on the river. Photo credit Ryan Duclos Adventure Pro Magazine.

I learned by watching YouTube videos. And from Tinder. Seriously, flipping through profiles on Tinder, I noticed lots of guys had pictures of themselves holding fish. So I reached out and started asking questions.

I lived in Wyoming, so anyone I’d meet online would be three hours away. Some men, many of them fishing guides, were open to answering questions (and I had lots). After establishing some trust, I’d visit for a fishing weekend where I learned basic casting, insect hatch patterns, rigging techniques and equipment maintenance. That first fish is so many things: It’s excitement, accomplishment, reinforcement. They say the tug is the drug. It’s like gambling; you just want more.

Your podcast is called “Awkward Angler.” How awkward are you?

When I started fishing, I had these picturesque visions of big, long, dramatic casts like Brad Pitt in “A River Runs Through It.” What I experienced instead was doing a back cast and hooking my fly in overhanging tree branches behind me. I fell on slippery rocks. It turned into a lot of patience, frustration and untangling. I caught more trees than fish. I didn’t know anything about how to handle a fish or properly remove a hook. It’s probably good I didn’t catch anything at first.

On top of this, I’d walk into a fly shop and encounter no one like me. I started the Instagram account Awkward Angler to keep asking for advice, but also to connect with others internationally and across the U.S. Who else out there is fishing and looks and thinks like me? Is there anyone who is not a cisgender, white male? I ended up meeting women of color, nonbinary anglers, transgender anglers, anglers who are neuro-divergent or with different physical abilities.

Is there more diversity across the sport now than when you started?

When I started fishing in 2016 there may have been brown people fly fishing, but I didn’t know any, and I never saw them. In the entire state of Colorado there were no women of color guiding. Now there is a woman from outside Colorado Springs and me. . . . 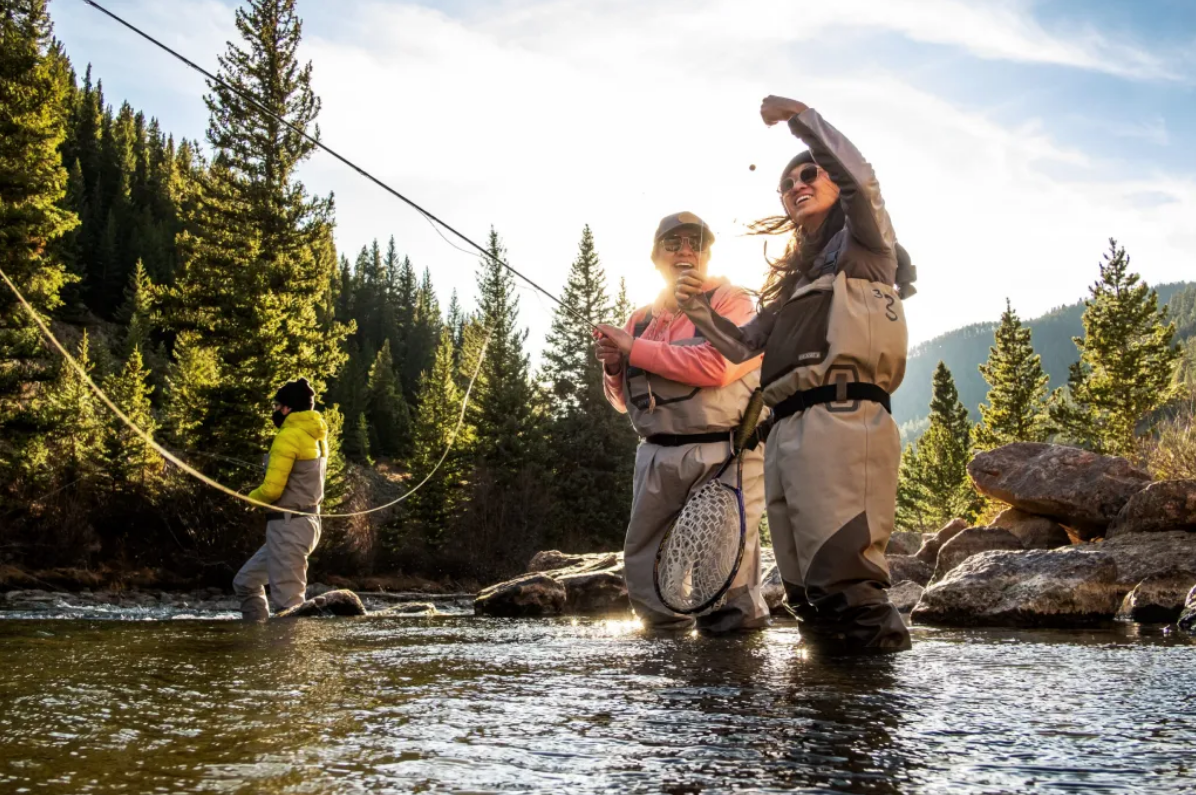 Nelson shares her passion for fly fishing with others interested in the sport. Photo credit Ryan Duclos Adventure Pro Magazine.

The Angling for All pledge involves a training curriculum in diversity, equity and inclusion and making a commitment to address racism and inequality in fishing and its industry. . . .

. . . Orvis was the first outfitter to sign the Angling for All pledge. Other organizations include Patagonia and the nonprofits Casting for Recovery and California Trout. Orvis reviewed their internal culture, catalogs, social media and marketing materials to explore how they might be contributing to the lack of representation in the industry. And I do a weekly show with angler, teacher, and journalist Tom Rosenbauer who has been connected with Orvis for decades. We call it “Awkward and Clueless.”

NOTE: You can read any complete NYTimes story by signing up for ‘free reads,’ which is a limited number of stories each month, or get the newspaper, or just digital, which is not expensive.