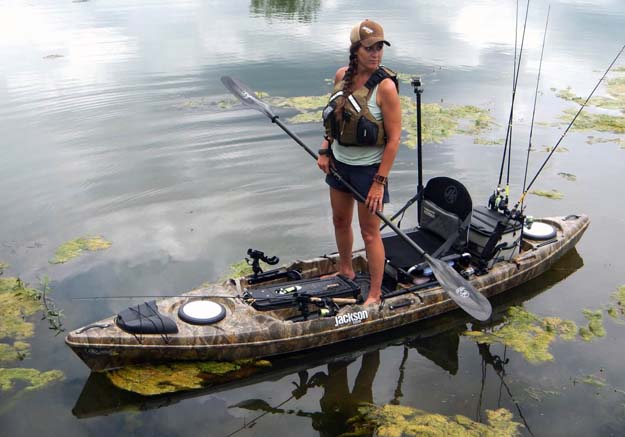 Stuck because you don’t have a “boat?” Well, there’s good news, you don’t need a traditional “boat”

[dropcap]A[/dropcap]ttacking a river like Georgia’s Chattahoochee, or Hootch as it’s as it is colloquially called, with a portable conveyance requires forethought. The Hootch will show its many personalities while floating it from headwater to its terminus in Florida Bay. Even its 40 or 50 miles of connected world class trout water has a Multiple Personality Disorder.

The Hootch has runs of shallow water, fast water, rock-strewn sections, dams, tailwaters, treacherous water releases, and big, wide and deep sections. Different “types” of personal watercraft can be used to perfectly address it in sections, but none its whole.

This, of course, is true in the Frank Church Wilderness Area on the Middle Fork of the Salmon River, any of several rivers in Alaska or Canada’s river rich geography.

Of the economic variety, self-propelled canoes, kayaks, and inflatable single person and multi-passenger types rafts are all portable options. Except for multi-person inflatables, managing all the others on your own is doable. NOTE: Inner tubes are also a possibility, but best on ponds and small lakes.

It is always arguable that one type of “boat” is better than another so to go there with a preset conclusion requires glossing over realities. Let’s look at some of those realities. It might be better to look at what it is you want to do in that conveyance?

Portability – ingress and egress to water and back? All get passing grades, with limits of weight and bulk. Two person inflatable rafts the most cumbersome.

Standing while fishing? Questionable for most canoes and kayaks. The passing grade for specific build canoes and kayaks – “C.” And “A+” for two-person inflatable rafts and “A-” for one person.

Shallow water maneuverability? All pretty easily pulled or pushed, even hiked over rocks without damage. Portages can be an issue with any craft.

Adding low power gas or electric propulsion? Canoe with rigging has issues but good with a square stern. Kayak, yes but expensive, an issue and not the best way to go. Canoe “B,” kayak failing grade, and inflatables “A-.”

Carrying capacity? A canoe can be awesome, but having that value as a priority detracts from other of its benefits – passing grade. Kayak can carry a lot of stuff, but it too suffers in that profile as other features are severely compromised – failing grade. Both types of inflatables can carry enough supplies to think a week camping – “A+.”

Cost? If you keep things on a par with best available, they can all come in at under or near $1,000 except for an inflatable rafts.

Are there cheaper options? Yes, used is a great option. Doing away with some features is another option. Buying from big box stores or non-brand names online are also options. Online, buyer beware.

Here are few images and details of a one person inflatable a friend of mine picked up on Craig’s list (used) for $575 – including a Minnkota Electric Motor. The image is not of my friends, but this is the version she owns. I cannot remember the Minnkota Electric Motor Model she owns?