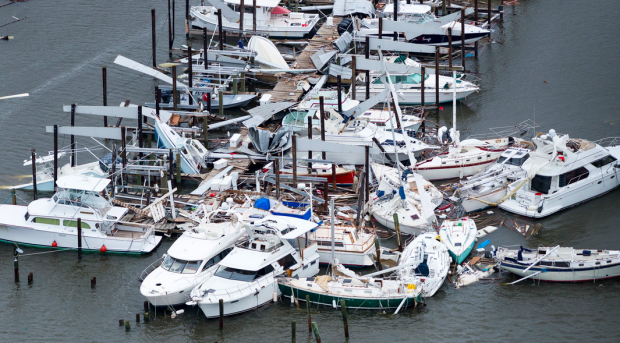 Even though hurricane season is winding down, the Caribbean communities affected by devastating storms still need our help and support.

By Mark Pillsbury for Cruising World

[dropcap]I[/dropcap]n April 2016, I joined colleagues from several of our sister powerboat and fishing magazines to tour four of the most remote islands in the Bahamas that were hit hard six months earlier by Hurricane Joaquin, a Category 4 nightmare. Joaquin pounced nearly without warning. The brute grew out of a tropical low southwest of Bermuda, intensified rapidly, and then parked for days off the southern Bahamas, literally leveling everything it met on a couple of those islands. The trip came at the behest of Bahamas tourism officials who were concerned that reports of the hurricane’s devastation would be as destructive as the storm itself to the islands’ precarious tourism economies. Without the dollars spent by bonefish anglers, deepwater fishermen, the occasional cruising sailboat and other visitors, the locals would lack the wherewithal to rebuild.

We first visited low-lying Acklins and Crooked islands, described in tourism brochures as being “almost as natural as they were when the country was first discovered in 1492.” That’s a nice way of saying there’s not much there. To the north, in the Abacos and in Nassau, there are international airports, cruise ships, hotels, casinos and traffic. Acklins has a single landing strip, a web of primitive paved roads, and a handful of small fishing lodges. So many of the latter were damaged that when we arrived, our small party of nine had to split up between Chesters Bonefish Lodge and Chesters Highway Inn Bonefish Lodge, and even then we had to share rooms.

We got a taste of the punch Joaquin packed on Acklins — washed-out roads, many homes without roofs and walls — but on Crooked Island, the destruction was overwhelming. Not a building we saw stood undamaged.