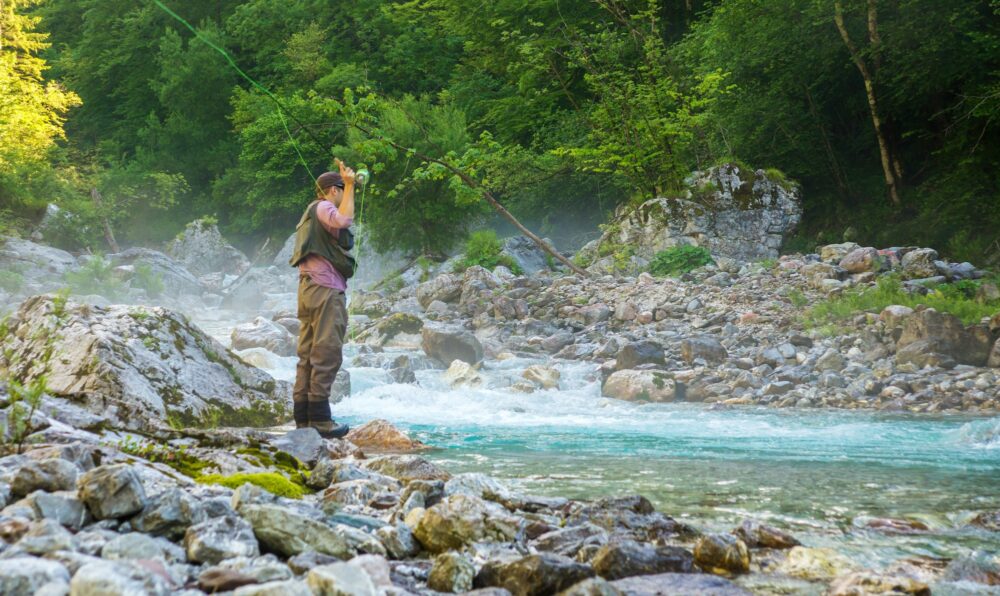 Take down the dams, and the salmon will come 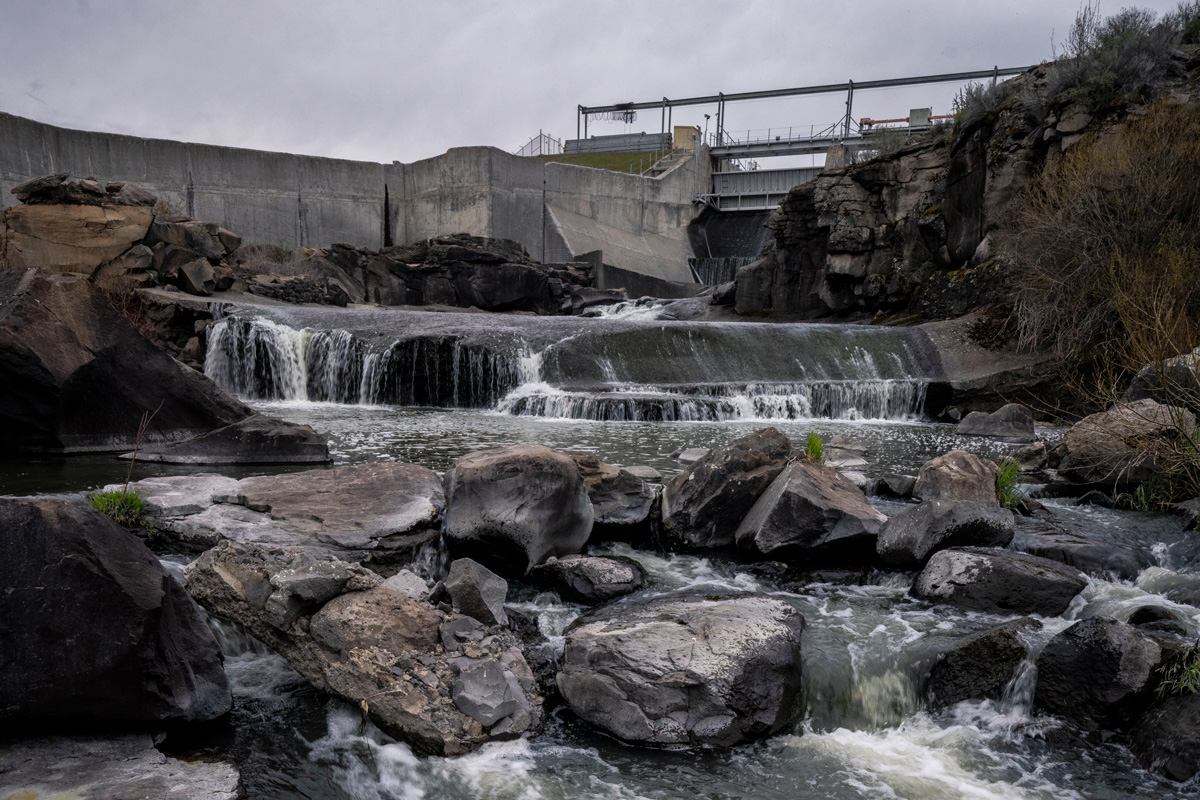 JC Boyle Dam, one of the Klamath’s four lowermost dams that is slated for removal. Paul Robert Wolf Wilson

The Klamath dams are coming down

By B. ‘Toastie’ Oaster

Today, [Nov. 17, 2022], FERC ordered PacifiCorp to surrender the dam license, the final hurdle after 20 years of studies and advocacy.

“Today’s victory was well-earned by the thousands of people who fought for clean water, healthy fisheries, and environmental justice for Klamath River communities.” — stakeholders and advocacy from the tribes and their conservationist allies — people who, as Hoopa Valley Tribe Chairman Joe Davis

The Federal Energy Regulatory Commission (FERC) in Washington, D.C., held a final vote Thursday to decide on the removal of four dams on the lower Klamath River. The vote, which follows the agency’s final environmental impact statement in late August, was unanimous in favor of removal.

After a grueling 20 years of environmental impact statements, scientific studies, negotiations with stakeholders, and advocacy from the tribes and their conservationist allies — people who, as Hoopa Valley Tribe Chairman Joe Davis said, “poured their blood, sweat, and tears into making this happen” — the vote is the final green light everyone’s been waiting for. With FERC’s laborious approval process now concluded, dam removal can begin, launching what is expected to be the biggest river restoration project in U.S. history.

“The Klamath salmon are coming home,” said Joseph James, the chairman of the Yurok Tribe, in a statement. “The people have earned this victory, and with it, we carry on our sacred duty to the fish that have sustained our people since the beginning of time.” 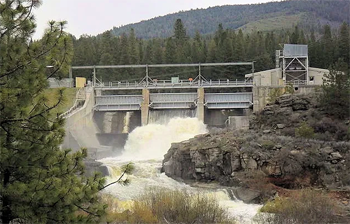 The next legal steps are largely technical. As a result of the vote, FERC is ordering the surrender of the Lower Klamath Project License, which is currently held by energy company PacifiCorp. Instead, that license will be transferred to the entities in charge of dam removal: the states of Oregon and California, and the Klamath River Renewal Corporation, a nonprofit created to oversee dam removal that is made up of tribal, state and conservation group representatives.

FERC’s final environmental impact statement, issued in August, set the stage for today’s vote by acknowledging that the only practical path to saving the Klamath’s salmon is the removal of the four lowermost dams: COPCO 1, COPCO 2, Iron Gate, and JC Boyle Dams. PacifiCorp, their owner, had concluded that these outdated, inefficient hydroelectric dams would be more difficult to update than to remove. The dams don’t provide water for irrigation and are not involved in the conflicts around irrigation water in the upper Klamath Basin. The river’s two uppermost dams, which provide water for irrigation and fish ladders, will remain in place.

The salmon won’t return overnight. So the first step in dam removal is, counterintuitively, to build roads. Removal requires a lot of heavy machinery and infrastructure. The first year of the process will be dedicated to getting the dam sites ready for demolition and hauling in necessary equipment.

In early 2024, the reservoirs are scheduled to be drawn down between salmon runs, when the sudden release of toxic algal reservoir water will have the least possible impact on river life. Then, in mid-2024, demolition will begin with COPCO 2, the smallest dam, slated as the first to come down. Then, by October 2024, the pathway should be open for the salmon’s return.

“Water and fish health are at the heart of our identity as Native People, and we are looking forward to seeing a healthier watershed and fishery, which will result in healthier communities for all Klamath Basin tribes,” said Chairman Davis. “Now, we must keep the momentum going, and we are looking forward to working with all of our neighbors and partners in that effort.”

This is a big win for healthy rivers

Removing the four lower dams will give endangered salmon and other anadromous fish access to around 400 miles of spawning habitat locked away since 1918 when the California Oregon Power Company (COPCO, now PacifiCorp) split the basin in half by building the COPCO 1 dam. Although FERC is ordering PacifiCorp to surrender the dam license on paper, the energy company has become willing to participate in the push for dam removal.

“Today’s victory was well-earned by the thousands of people who fought for clean water, healthy fisheries, and environmental justice for Klamath River communities,” said Russell “Buster” Attebery, chairman of the Káruk Tribe. “I am grateful to everyone, from the youth to the elders, Govs. Newsom, Brown, and the team from PacifiCorp who made this victory possible.”

Klamath river salmon have continually faced life-threatening challenges, including the 2002 fish kill that triggered the removal campaign, a 2021 disease outbreak that killed 70% of juvenile salmon in the river, and a 2022 combination of wildfire, thunderstorms, and landslides that suffocated a 50-mile stretch of river, killing virtually everything in it.

Dams have exacerbated disasters by escalating water warming, algal blooms, and stagnation, helping to spread disease and depriving the lower basin of sediment and cool, fresh water from the upper tributaries.

In the upper basin, where the Klamath reaches into southern Oregon, the Klamath Tribes say they’re eager for salmon to return. “Our people have been without c’iyaals (salmon) for over a century,” said Klamath Tribes Chairman Clayton Dumont. “We welcome the fish home to the upper Klamath Basin with open arms.”

B. ‘Toastie’ Oaster (they/them) is an award-winning journalist and a staff writer for High Country News writing from the Pacific Northwest. They’re a citizen of the Choctaw Nation of Oklahoma. Email them at b.toastie@hcn.org or submit a letter to the editor.