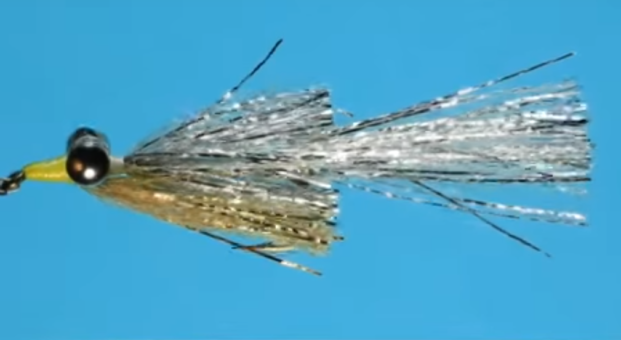 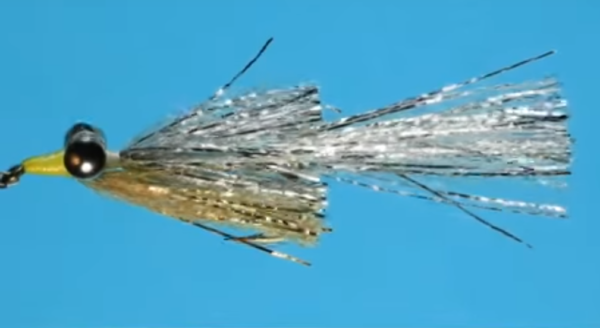 This fly is ugly, but catnip for many species of pescados

[dropcap]M[/dropcap]y oft times fishing companion Angie Roth is like many of us, glad the 2018 holidays are retired.  With reports of unusually warm weather in South Florida, my many tales of muchos peces de caza in Everglades National Park, and a fly she discovered in one of our posts inspired her and her sister a few days with my guide friend Mark Giacobba would start their 2019 off on the right foot.

Angie had recalled one of our posts about Chuck Kraft’s Kreleex fly. From that curiosity, she convinced herself that reds and snook would surely bite a Kreleex fly. My part was to tie up a dozen each for the ladies.

Trying to worm out, I called Mark and asked if he had any or would he tie up some? He said no to both questions because “. . . they’ll never work down here.” 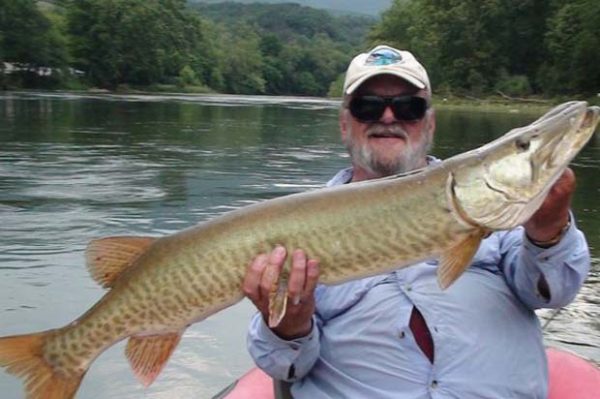 Chuck Kraft with a big musky. He is credited with having caught over 100 during his 30 years of guiding. Photo credit Mossy Creek Outfitters.

My course of action was clear, tie up at least a dozen

Funny thing about most of Chuck’s Eastern Trophy Flies, staying spot on with the materials recipe is key. As you know, this is not always the case, and substitutes work fine, but unfortunately, with this Kreleex, ingredients called for, so far, make ALL the difference. The only inconvenience to that is you have to order them all from one supplier. But so what. Some fly shops carry the stuff.

What is uniquely special about this fly and Chuck’s other Eastern Trophy Flies are that most of them have universal appeal. For example, the Kreelex was intended initially to tame smallmouth bass, but it turned out to be a fly just as likely pounced by a fat carp or a pike as shown above.

Kraft’s Kreelex fly catches trout in the Blue Ridge Mountains and has been the hottest thing on the Madison in Montana beginning a couple of seasons ago.

Here is how to tie the Kreelex, and Mark gets to eat his words