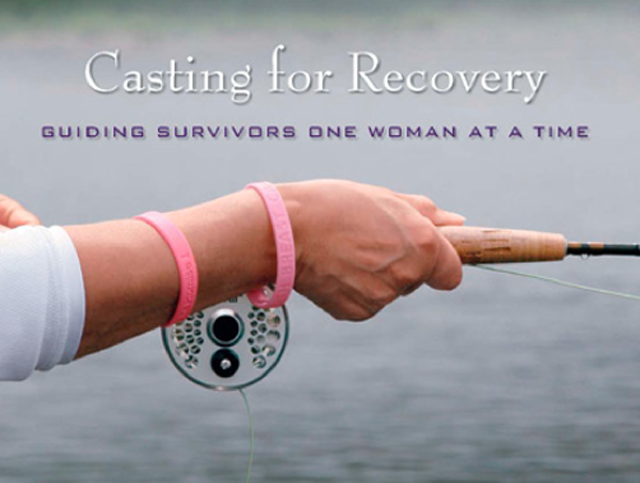 The Series: Important Women and Their Events in the History of Fly Fishing

All “Exhibition Profiles” are from the book “A Graceful Rise” written by Catherine Comar, executive director of the museum. Promotional narrative for The American Museum of Fly Fishing is provided by Fly Life Magazine.com. Copyright the American Museum of Fly Fishing (AMFF) – 2014. NOTE: Several of the photos in this original text profile of Casting for Recovery are not found in “A Graceful Rise.” However, the book profile of CR has several other unique images.

[dropcap]I[/dropcap]t began as a simple idea: give women a therapeutic technique to speed their recovery from breast cancer by exercising the soft-muscle tissue damaged by radiation and/or surgery. Combine this with counseling and education provided by trained  professionals, all in a retreat setting away from the stresses of home, work, and family. 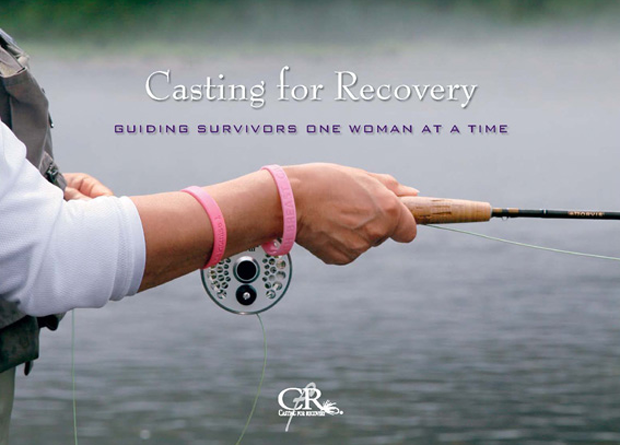 Casting for Recovery, based in Manchester, Vermont, began as an idea in 1996 when Gwenn Perkins, a former Orvis casting instructor, and Dr. Benita Walton, a breast reconstruction surgeon, suggested that breast cancer survivors could benefit from both the physical and spiritual act of fly fishing. The idea was to raise money and organize weekend fly-fishing retreats at no cost to the participants. These retreats would combine fly fishing with medical support through counselors and group sessions. The first four retreats took place in 1998, and Casting for Recovery has grown more than tenfold since. 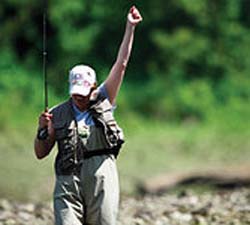 Photo courtesy of casting for Recovery.

Much of the program’s success is due to its well-organized group of dedicated volunteers across the country. Each volunteer group within a state raises funds to cover the costs of the retreats; they also coordinate the volunteer instructors, medical personnel, counselors, and hosts for their retreat. Past participants are encouraged to continue their involvement by becoming volunteer mentors at subsequent retreats. This ripple effect is seen as paramount to Casting for Recovery’s continued success as a breast cancer support organization. 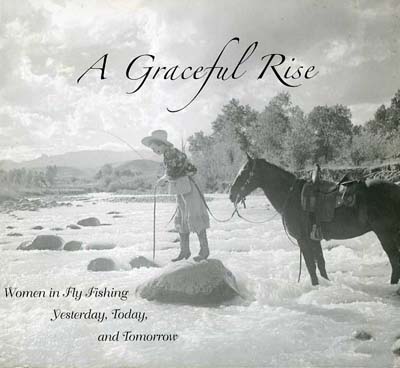 Over its relatively short history, Casting for Recovery has taken nearly 5,000 women on retreat. The organization received the American Museum of Fly Fishing’s Heritage Award in 2010 and was named one of the country’s top-twenty nonprofits by the New York Times in November 2010.

Lori Simon, the executive director of Casting for Recovery since 2009, along with the board of directors, has set a goal for the organization: to conduct 100 annual retreats nationwide, with at least one in each of the fifty states, by 2015. Quality-of-life studies show that the education and support provided by the retreat-based program enables survivors to more adequately deal with the medical, psychosocial, and physical aspects of their disease.