After a tissue sample has been collected, the bonefish is released. Photo credit Dr. Aaron Adams, BTT Director of Science & Conservation.

[dropcap]B[/dropcap]onefish & Tarpon Trust, the world leader in saltwater flats conservation, has completed a multi-year Bonefish Genetics Study. The results provide scientific evidence that the bonefish population across the Caribbean is closely connected.

The study, which launched in 2014, involved the collection of genetic samples from bonefish in multiple locations spanning the region. With the assistance of anglers and guides, BTT surpassed its initial target of collecting 5,000 samples. Ultimately they received more than 13,000 samples from a diversity of locations. Those locations include South Florida and the Keys, The Bahamas, Mexico, Belize, Cuba, Honduras, Nicaragua, the Cayman Islands, Puerto Rico, and elsewhere.

The samples underwent a thorough analysis by BTT’s collaborating scientists at the Florida Fish and Wildlife Commission (FWC), which revealed that all of the Abula vulpes bonefish, the species that supports the flats fishery, are closely connected.  In fact, bonefish in all of the locations sampled were part of a single genetic population, while some locations showed higher degrees of connectivity.

This study sought to answer fundamental questions about connectivity that scientists, guides and many anglers have been asking for decades. The findings point to a regional fishery that is a really melting pot—knowledge that will have major implications for bonefish conservation in Florida and beyond.”  — Jim McDuffie, BTT President and CEO 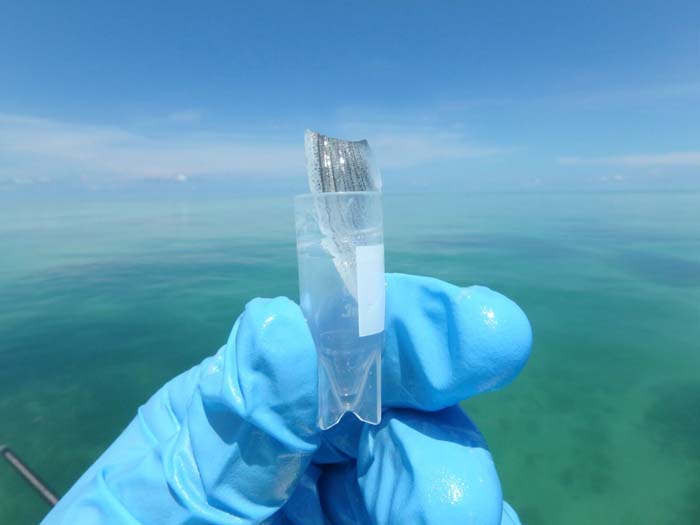 BTT’s next steps will be to examine more closely the pathways of connection, which will bring into focus the areas that BTT and its partners need to prioritize for conservation.

There appears to be high connectivity between Cuba and The Bahamas, and between Belize, Mexico and Florida. And populations that are farther apart, such as those in the eastern Caribbean and the western Caribbean, are unlikely to be directly related. Instead these fish are likely connected through spawning across many generations. The larvae of a bonefish that spawns in Vieques may end up in Honduras. When those larvae become adult bonefish and spawn, some of their larvae end up in Mexico. And when those fish spawn, some of their larvae may end up in the Florida Keys.” — Dr. Aaron Adams, BTT Director of Science & Conservation

The results of the Bonefish Genetics Study underscore the need for conservation and improved fishery management at local and regional scales that transcend international boundaries.

“This study will have a profound impact on the conservation of the species and its habitats in the Caribbean,” McDuffie said. “We thank all of the anglers, guides and partners who collaborated with BTT to make it possible.”

Join  BTT and stay in the know – bonefish, tarpon and permit and their habitats… worldwide.