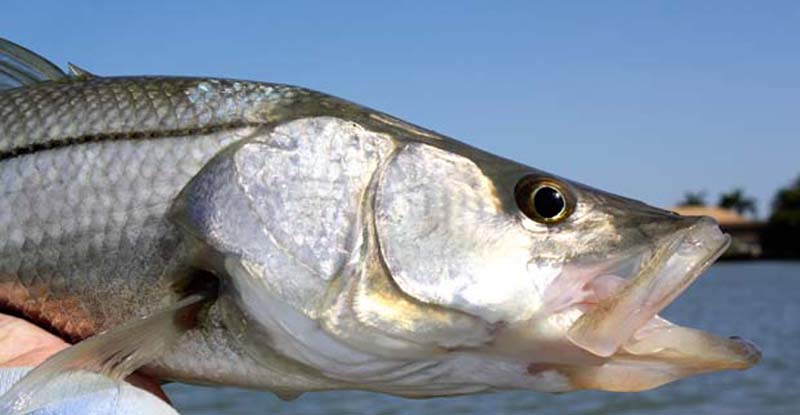 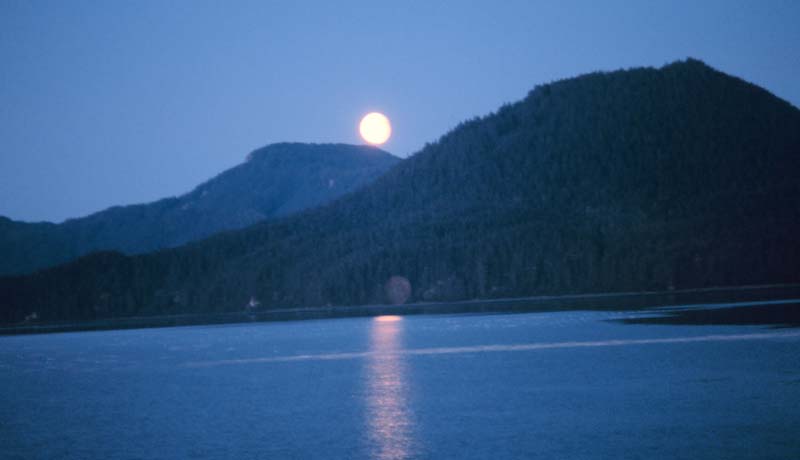 Theories, facts, wisdom and the not so obvious influences on fish catching – besides your abilities as an angler

We all know moon phases have significant influences on fish as do tides, barometric pressure, and wind. Tidal effects, by the way, are substantial far out to sea. A weedline 20 miles out will get broken up when the tide changes to incoming.

Moon phases, at the peaks of the new and full moons and three to five days after those events, and sometimes a few days before are prime, high-quality days to fish. Those effects are both influences on saltwater and, controversially, freshwater. Throw in, at those times, favorable tidal forces that fall around an hour to an hour and a half post-sunrise and an hour to an hour and a half before sunset, and your catch ratio, should you be interested in one, will go up. More remarkably, the size of the fish will lean favorably toward bigger than usual.

NOTE: Don’t arrive 20 minutes late, especially at a freshwater venue. You need to be where the best action should take place at sun up. For example, darkness lets trout move from day cover to more open water without fear of predation from above. This cover influence isn’t so alluring to trouts on a bright, full moon night. Raccoons, ‘possums and other ground predators all enjoy pescados.

Outdoor writer and published author, Steve Kanter is not a fan of my moon phase theory

“John Alden Knight, in his Solunar Tables, refers to periods when the moon is either over  or under.  Although some sportsmen subscribe to this popular theory, which attempts to pinpoint the time of maximal game activity, I am not among them.

Tidal influence is a different matter; however – with ambush fish like snook and seatrout feeding mostly on the fall, while larger predators like tarpon seem more-comfortable on the rise. As far as full and dark moons, it’s a matter of light, along with the higher water, and corresponding increased current – that spring tides produce.”

Nevertheless, a brown trout can feed in the glow of a lumen: equal to the light of a single star on a moonless night. So who knows for sure?”
In a subsequent conversation with Steve, I had to admit my moon phases theory has no scientific basis: trial defense, corroborating support, mathematical proof, or presentable documentation, just hands-on for decades.

The fishing references, by the way, were taken from 25 years in South Florida and having fished Pennsylvania (most of it), as well as: Panama, Belize, New Zealand (4 months), Iceland, Canada (multiple venues and times) Alaska (numerous times), much of South America and several U. S states, including my new port of call, North Georgia. The species caught: sails to trouts to bass to invasive species and most everything in between. 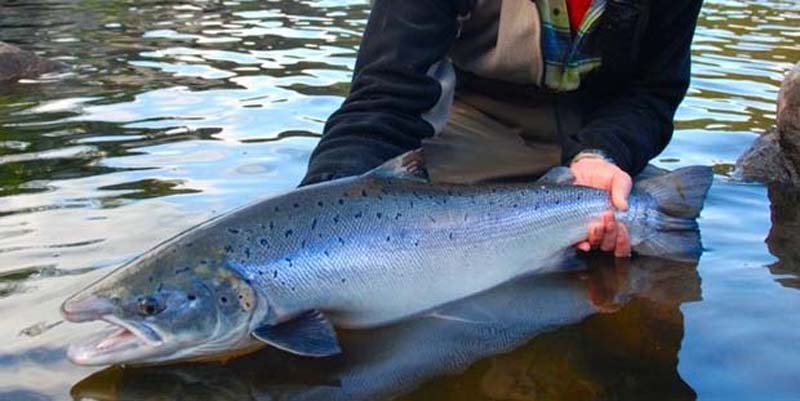 “Catch rates, relative to moon phases, is a tough one. I don’t know of any scientific studies where they examined this issue. Everything that I have heard has only been anecdotal.

There are a lot of examples in the literature about fish spawning at a specific moon phase. However, I have never seen any references on fish spawning and increased aggregation in post-spawn feeding. In essence, this is good because it gives you the freedom to explore the issue and don’t have to worry about some egghead trying to prove you wrong with a scientific paper.” 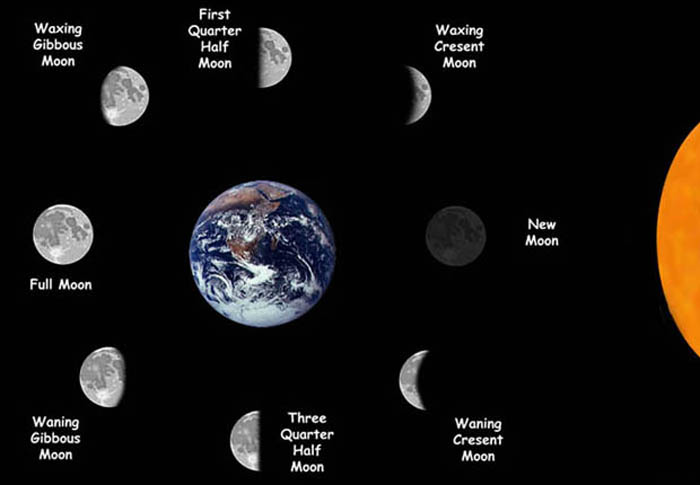 Of the books read on the subject of catching fish, several authors provide valuable (useable) information: Lefty Kreh, Dave Whitlock, Joan Wulff, Steve Kantner, David Ross, Aaron Adams, Chico Fernandez, Dave Olson, Pat Ford, Flip Pallot, Andy Mill, and others, of course – voiced opines, as well as written ones that have mattered to me like Tom Green, George Sawley (billfish), Capt. Andrew Derr (our editor), Paul Dixon, Steve Anderson, as well as, recently passed Hugh McDowell of New Zealand. Irish born McDowell knew as much about trout catching with a fly rod as anyone. If there was a trout whisperer, it was him.

In The Fisherman’s Ocean: How Marine Science Can Help You Find and Catch More Fish by David Ross, PhD., there’s a complete chapter on fishes eyes as it relates to the subject of moon phases and sun up and sunset. Ross notes that during the transition of light to dark and vice versa, ocean fish need time to adjust to seeing visually. He says some species need more time to change visually than others. Big-eyed fish (billfish) see better, and at greater distances than small-eyed fish like striped bass – having small eye size relative to their body length. The time it takes for different species to ocularly re-focus is not known, a tarpon versus a chinook salmon, for example.

Another postulation I lean toward is that moonrise and set is influential. But fishing the moon set and rise is a little dicey since those events can be obliterated by cloud cover and do take place from daytime to darkness, and of course, there’s no moon on a New Moon.

The tides’ influences on game fish feeding and predation avoidance behaviors are well documented and impactful, covering far out to sea for dolphinfish to coastal hugging snook and bonefish and all manner salmonoids.

Dr. Aaron Adams, Director of Operations of Bonefish & Tarpon Trust, speaks to tides, moon phases, barometric pressure, and wind in his paper titled Bonefish and Tides. Although his writing is directed at bonefish, the effects he speaks of are transferable to other tidally governed species.

“At any given time, only 10% of the fishable water harbors bonefish. So figuring out how to eliminate the fishless 90% from your search area is half the battle. Understanding how bonefish use tides to their advantage will go a long way toward finding the productive 10%.”

Because of interactions between land masses and the angle of the moon and sun, tidal range differs among locations. But even if the tidal range is small, bonefish are strongly keyed into the tides. Water depth in portions of the Caribbean, for example, may change only a few inches during a neap tide. Still, bonefish will similarly react to these tides to bonefish in locations with a 2-foot tidal range. 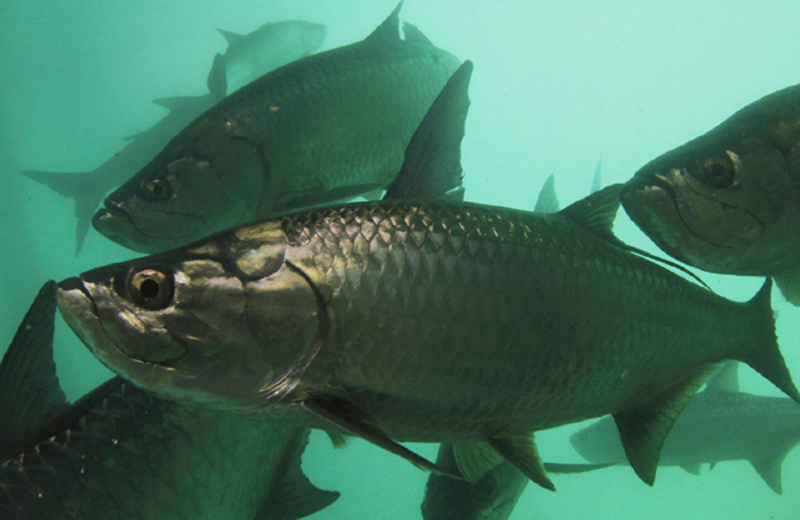 Adrian Gray works for the International Game Fish Association [IGFA] and has been responsible for giving it a 21st-century face via art. The creativity Gray imposes produces the organization’s multimedia materials, including its world-famous World Record Game Fishes yearbook. Moreover, Gray serves as the organization’s in-house photographer, videographer, and website support. Adrian Gray took this photo at Big Pine Key, Florida, in May of 2011.

Third, wind can also have a dramatic effect on tides. Strong, onshore winds, for example, can make higher tides than predicted and, in extreme conditions, can even prevent low tides from occurring – in effect, creating a ghost tide. Offshore winds will have the opposite effect – both high and low tides will be lower than predicted. And when wind and tide are moving in the same direction, the currents can be especially strong. Often, the stronger currents from combined tide and wind attract bonefish to the edges of flats where the current dislodges prey.

Strong winds often don’t prevent a tide from occurring, but instead, delay the onset of the ebb or flood. A strong onshore wind may lengthen the duration of high slack tide, but eventually, the force of the ebbing tide is too much, and the water level drops quickly in the short amount of time remaining in the ebb. But if the wind is extreme from one direction for many days or weeks, the average water level may become higher (with an onshore wind) or lower (offshore wind) than average, with high and low tide fluctuating around this average water level.

So, where do you look for bonefish during strong offshore winds that empty the flats? Focus your efforts on the edges of flats, deeper holes, and troughs between flats, deeper grass beds, and sand basins. Even the deeper water on the backsides of fringing coral reefs may provide good shots at feeding bonefish during these conditions.

Coupled with the extreme tides are the full and new moons. During full moon spring tides, bonefish sometimes venture into the shallows at night to feed. Conventional wisdom is that when bonefish feed at night, they feed less aggressively during the day. One way to combat this potential problem is to fish at dawn and dusk, when night-time feeding bonefish may be ending or beginning their feeding. You’re going to need shallow water to find them during these low light hours.

During warm times of the year, when water in the shallows warms above the bonefish comfort level, tidal currents carry colder water from adjacent deeper areas onto the flats with the rising tide. As the tide rises, the cooler water flows first along the edge, and if the incoming tide is strong enough, the cooler water will also flood the flat. Under these conditions, bonefish will initially remain along the edge of the flat, moving onto the flat only with the cold water of the rising tide. In other words, it may take a little longer for bonefish to move onto the flat during warm weather. In contrast, during cold seasons, sunny days may warm the water in the shallows, or water flooding onto a flat may absorb the warmth of the sun-baked bottom, bringing bonefish into the shallows as the water temperature rises.” 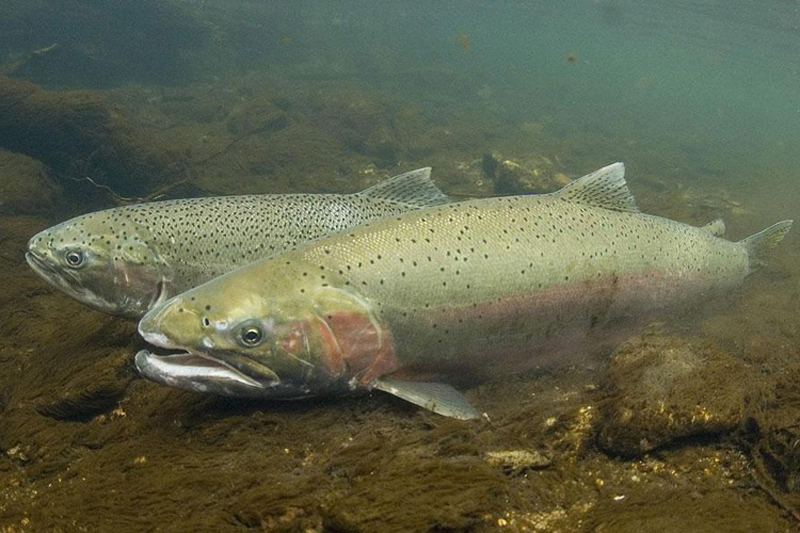 Other factors of influence

One, post-spawn, all species are ravenous. If everything aligns, that event will produce more eats and bigger fish. Two, as the water seasonally warms in the spring and then cools in the fall, freshwater species will feed more aggressively. Three, weather, obviously bad weather will deter any anglers’ fishing experience.

NOTE: I have yet to find a Solar/Lunar Calendar table for hunting or fishing that has correlative data depicting: sunrise, the sunset, moonrise, and moonset. You’re on your own.

Comments on this ‘theory’ are welcomed and encouraged