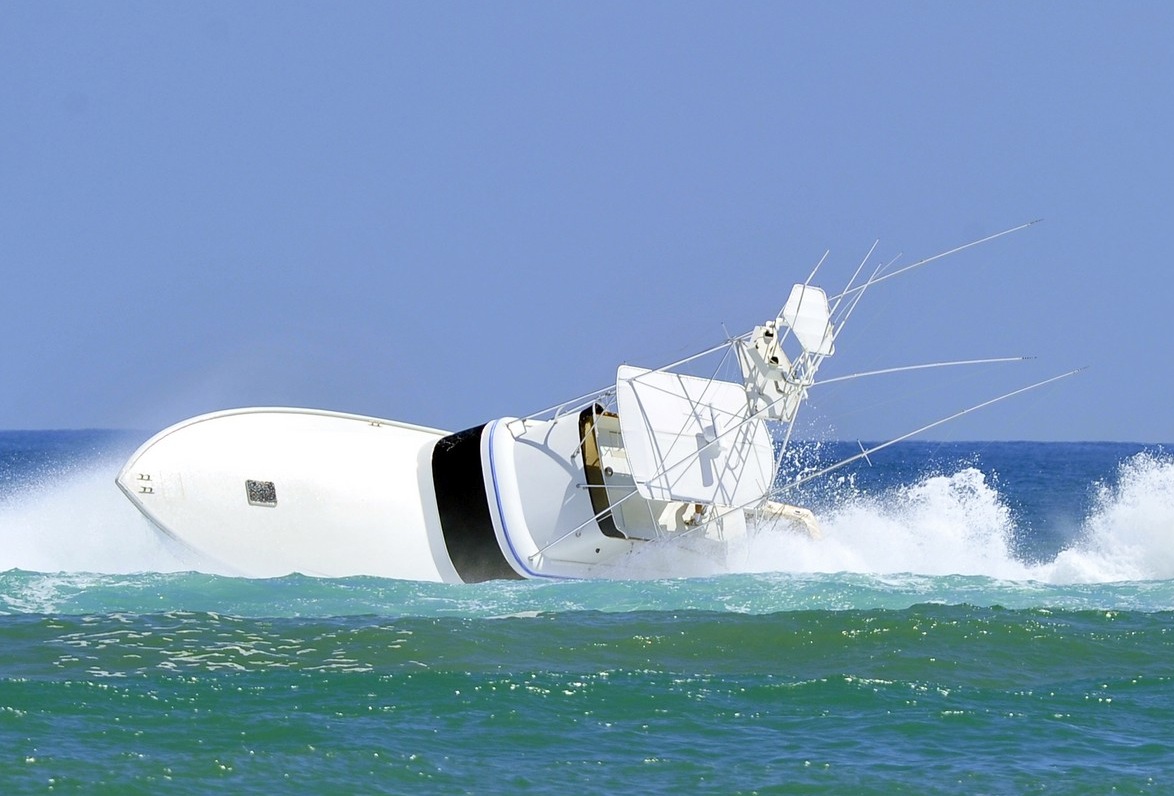 Tips and Tactics: Making the inlet 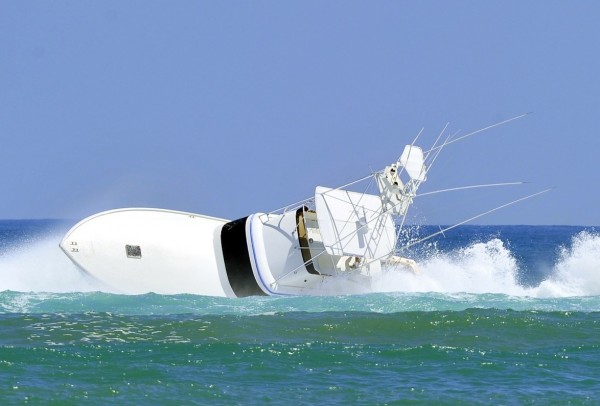 [dropcap]M[/dropcap]ariners for hundreds of years, maybe thousands of years knew that approaching land could be far more dangerous than sailing in the open seas (barring a hurricane, typhoon or a hit by a rogue wave). And to a large extent, it still holds true today. Most electronics lose their potency to detect danger while making an inlet passage. Having a chart plotter or current chart helps but they, for starters, cannot tell you how a wicked rip current will affect the maneuverability of your vessel.

In Tom Green’s book, A Net Full of Tales (with Steve Kantner) he tells a story of a mullet run in the Palm Beach inlet which was at peak proportions in both numbers of mullet, predatory game fish in pursuit and velocity at which the outgoing current was running. Tom, a young veteran of the inlets eccentricities, saw an older man getting ready to throw a cast net into the fray in hopes of a ‘net full’ mullet. Tom hustled down the rocks that still bank that inlet to warn the gent that a ‘net full’ of mullet in an outgoing tide of that speed might be a disaster . . . The fisherman disdainfully brushed young Tom off and said he knew what he was doing. Tom watched the man cast the net and a nano second later the guy was launched, as if shot by a canon, into the inlet – never to be seen again. 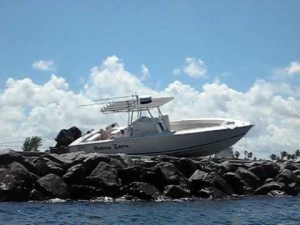 Each year inlets, rips, wind-against tide, inter-island channel passages in The Bahamas cause boating hazards and sometimes disasters: boat sinks, boat damaged, personal injury for some or all aboard and even death. For example, last year a seasoned captain of an offshore big game fishing boat with thousands of hours of running the Jupiter Inlet (southeast coast of Florida) did so on a fateful day when swells were running 6- to 9-feet. He timed the swells on his passage in and just when he was in the mix, the wave action changed pattern – pitching the yacht onto an exposed sand bar whip-lashing the vessel sideways and on the next wave it pitched the yacht toward land. The captain was pitched from the tuna tower and landed neck first on the gunnel.

A few years ago, Capt. Jack Jones (New Jersey), a friend and fishing buddy for over 40 years, got talked into going fishing on a day he knew was, at best, a bad day. His friend, a big shot at Bell Labs had taken a Friday off and talked Jack into going fishing. They made the inlet – barely (Hereford Inlet just south of Avalon, New Jersey and one of the most dangerous on the Jersey shore) only to face waves in the 6-foot range running in short sequences. The only choice was to turn back to go in. Jack said: “Less than half way into the inlet and before I could do anything my 22-foot North American with dual gas inboards had gone eskimo-rolled and righted with a hull full of water. To my most grateful surprise, I turned the ignition and it started. My friend bailed and we made it in  – never to be more thankful and wiser to be sure.”

Smaller boats, like many of our readers own, need to be even more wary. Here’s few reminders worth noting and a heads-up for new boaters.

A. Approaching an unfamiliar inlet and even a familiar one requires a plan and crew/guests should be made aware of that plan. Having no plan is injudicious and if something goes wrong the hurried decision will probably also be injudicious. A cautions captain is a smart one and taking a survey of the inlet before entering is a good way to formulate a plan.

B. Sometimes, the inlet you left at sun-up won’t be the same when you come through at days end. Inlet sea situations are uniquely impacted by environmental forces: depth, tide, current, wind, storms and contour. No two inlets are the same, and they can change daily or even by the hour. 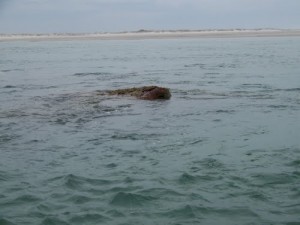 In an hour you won’t see this until you’re on top of it!

C. Boat chatter, observing other boats navigating and even observing errors others might be making may well be the best inlet navigational tools.

D. It’s natural to look ahead and to each side, but in a rough conditions the trouble may well be behind you so don’t fixate on just looking ahead and side to side, look aft and often.

E. Timing is everything. Heading out or making an inlet in the fog, predawn, in squally weather and post sunset pose increased difficulty.

F. When approaching an inlet, survey the water, waves and other boaters before getting into the soup. Sand bars and breakers can be hard to see and evaluate coming from the sea.

(anreels@bellsouth.net) for an autographed copy of A Net Full of Tales