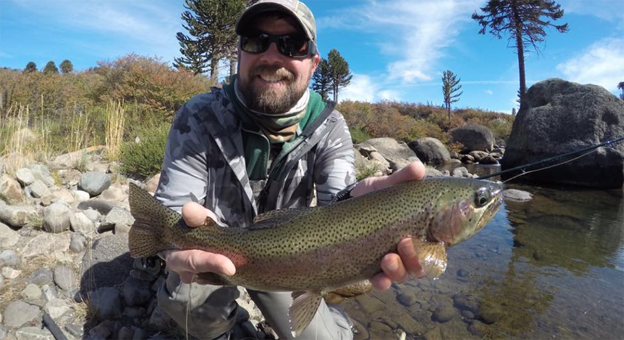 Tips & Tactics: A casting film that takes complicated out of two-handed

If you are a switch rodder you can ingest the entirety of this Henrik Mortensen Vimeo on how-to properly, and simply, cast a two handed rod and line

[dropcap]T[/dropcap]here are hundreds of YouTube and Vimeo videos on two handed casting. More than a few have been filmed for the delight of the “instructor” exhibiting ‘only’ just how accomplished a caster he or she is.

Videos that “try” to complicate a simple need to have the line lay water bound to be picked up using the natural tension between water and fly line to load the rod are clearly non-impactful. They are a deterrent to wanna be two handers.

The SCANDINAVIAN casting method produces longer casts than the conventional two-handed casts we are familiar with. A Scandinavian cast requires less physical effort by using a short, crisp stroke totally governed by the ‘off’ hand.

Mortensen also introduces the practical use of stance, which both protects the cast from having the fly become a forest ornament, and facilitating the use of torquing the upper body to gain distance. The latter launch technique very much a reminder of watching world champion casting Rajeff brothers, Steve and Tim, launch line and leader into football field long casts.