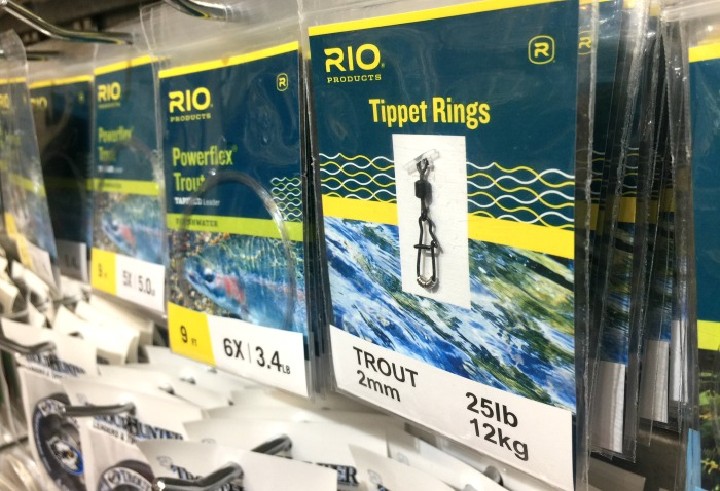 By Skip Clement with video by Tim Flagler

[dropcap]I[/dropcap]t’s okay to stay locked up in the early 20th century – make fly fishing great again, but not for the tournament fly anglers in Europe, Lefty Kreh, Gary Borger, or a lot of other folks who understand the convenience, saving time, not gambling by adding extra knots, and saving money when they use tippet rings with tapered leaders

Some consider tippet rings as an insult to traditional angling etiquette; pooh, pooh them because they don’t know how to use them properly – claiming they’re too cumbersome and easily dropped while trying to connect, or limiting when fishing conditions change.

Tippet rings are the invention of professional anglers – European fly fishing tournament experts. They enabled quick change-outs of tippets, leaving the leader intact – back in the game in seconds, not several minutes later. If leader changeouts are annoying, relax, a tippet ring will make your day

Get on a guides skiff and tell her or him that you’re using tapered leaders and you may get an eye rolling response that means there is an idiot onboard. But you’re not going to use them in the throwaway mode they suspect or that most “newbies” buy them for.

With a tippet ring that tapered leader will be with you next season. Why? Watch Tim Flagler’s explanation, and it will all come clear.

Remember, the key is to repackage all the combos you may need – ready to roll and keep handy extra spools of tippet material. Don’t arrive with a tapered leader in its original state. Do all your rigging at your tying bench at home. Take the leader out of its sleeve, snip it off a foot or more, add the ring and then the tippet you want. Do that with the several setups you might need on the water – it will boil down to just adding one length of tippet to the ring only.

With rings, you don’t change anything but tippets