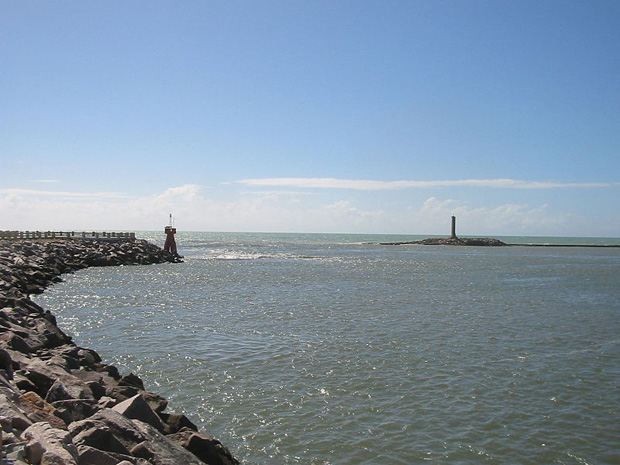 Tips & Tactics: Nightmare on a jetty

A brush with death provided this surfcaster with a whole new perspective on the dangers of chasing stripers from slime-covered rock piles.

As I parked my buggy in our secret “parking lot,” I caught a glimpse of the red Cherokee tucked into the northwest corner. No fancy cooler rack, no custom rod racks, just a lone PVC pipe screwed to the front bumper. That was John’s truck and despite all of the big bass to his credit, you’d never know it by looking at his buggy. 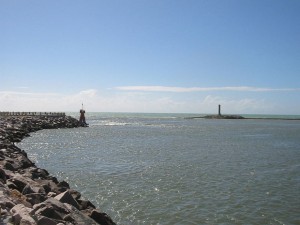 As I stepped from my buggy, the roar of the surf coming from beyond the dunes surprised me. With little wind over the course of the week, I reasoned that the southeasterly set was courtesy of a tropical storm far offshore and down the coast. The previous night’s surf had been gentle, making for pleasant conditions as we fished a few of our favorite groins on this late October night in 1987. The first two drew blanks but the third was the charm. In between taking turns dropping a couple of big fish, we landed some beefed up schoolies. These days they’re generally referred to as keepers. It used to be we just called them “10 to 12-pound fish” or “fat schoolies.” Occasionally, they served as dinner. While trudging our way back up the beach and lamenting the loss of two good fish, little was said about the next night’s plans. I knew he’d be there and he knew I’d be there, but I planned on throwing him a curveball and beating him to the spot for a change.

It wasn’t meant to be. I placed my hand on the hood of his jeep and it was cold to the touch. No telling how many fish he’d already nailed. I hurried to suit up, reaching past the two wetsuits hung neatly in the back of the pick up, then pushing aside the splash pants and deck boots, and instead choosing the Red Ball Waders to keep me warm and dry. Nothing could beat waders for comfort and versatility, I thought. Sure the splash pants would be safer should I fall in, and wearing them had been standard issue among most jetty jockeys but they were fast becoming out of style on the beach and these days were only worn by fish cleaners and cod fishermen. Besides, through countless tides of rock hopping I’d developed a confidence that I could plug this jetty for a couple hours without making any mistakes.

With each westbound step I took, I told myself safety was my main priority and not to allow the excitement of feeding bass cloud my thinking. Five minutes from the jetty, a light appeared slowly working its way from the middle of the rocks toward the beach. If John was dragging a fish towards shore, I knew it had to be a good one. Reaching my destination, John had already released that one and reported setting free two more in the low thirties.