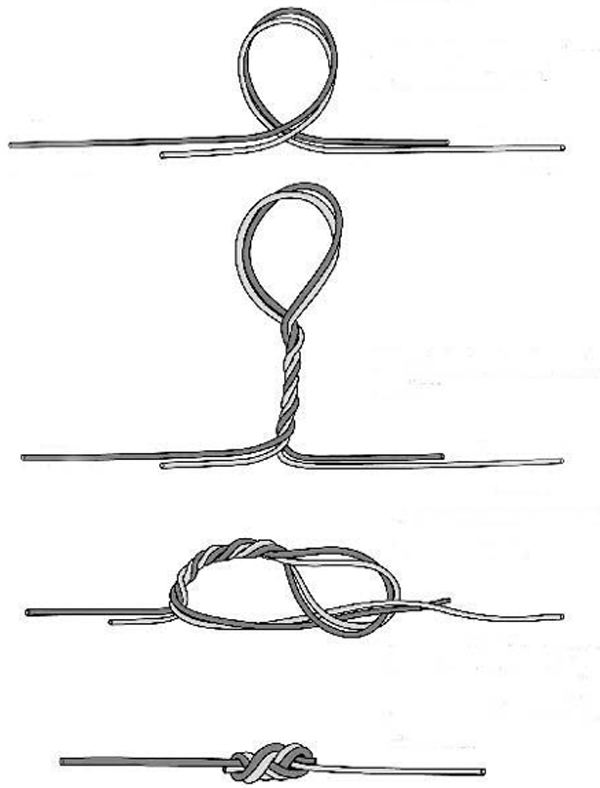 Mono to fluoro. The slightest advantage is still an advantage 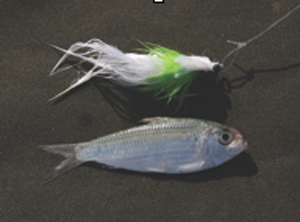 [dropcap]F[/dropcap]luorocarbon line has become very popular in the last dozen or so years and is now accepted worldwide by anglers of any persuasion.

Its main advantage is found in clear water, where it has a light refraction index nearly equal to that of water (claimed nearly invisible underwater). It is also denser than monofilament, so applications needing a faster sink rate or a line that does not float are best suited to fluoro. In lab tests, it is also apparent that fluoro does not absorb as much water as mono, and it, therefore, remains “harder” under water allowing it to better withstand damage from abrasion. However, some of its properties subject it to an increased risk of break-off if the connection to the mainline or terminal tackle is not done properly.

The Seaguar Knot is credited to Seaguar reps. It’s used to connect the mono leader to fluorocarbon shock. This is an easy to tie and reliable knot. If you look closely, you will notice that the Seaguar Knot is tied in the same manner as the King Sling knot. The difference being in that the King Sling Loop Knot is tied at the end of a line with doubled line and the Seaguar is tied with two lines, but the methodology is the same. 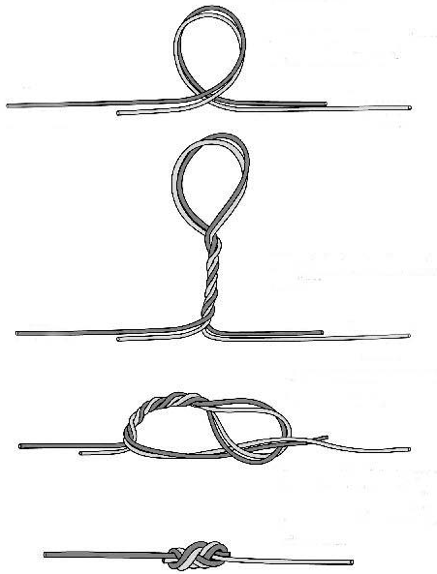 1. Make a loop in the line and in the leader and hold loops side by side. Note line running from left is on the top part of each loop.

3. Hold loops open and feed tag end of the line and entire leader through loop keeping the following finger out of the loop.

4. Moisten lines and pull on all four ends to cinch knot into a figure eight. Alternately pull tag ends and leader/line to tighten.

Your local fly shop or big box store will carry all the fluoro line you’ll need.