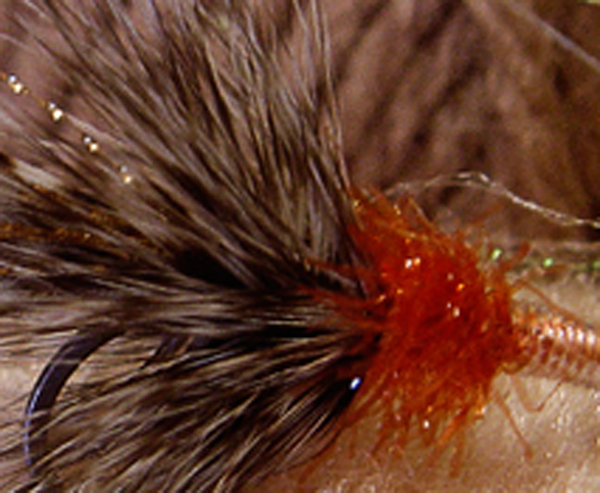 Tying the Redfish Seaducer by Paul Fisicaro. This fly travels well. Whether you’re in Texas, Louisiana, Everglades National Park, Boca Grande (Florida) you will catch redfish with this fly. 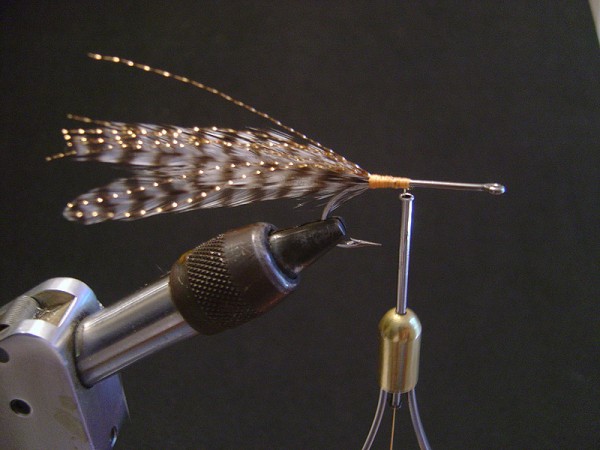 Step One: Tie in two grizzly hackles on each side, splayed outwards. Add six to eight sprigs of copper or gold Krystal flash. Tip > If you are using 3/0 flat waxed, do not build up the thread too much. This will cause problems later on. 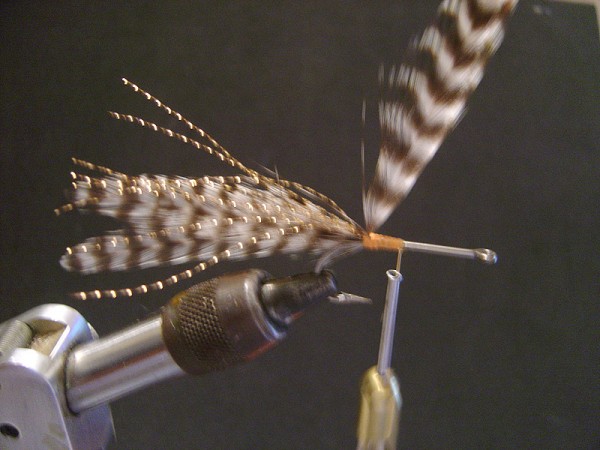 Step two: Tie in a large grizzly hackle in front of the tail section and palmer toward the eye of the hook. Tip > Make sure as you palmer the hackles, grab the feather and pull back during each turn so the quills face back towards the tail. 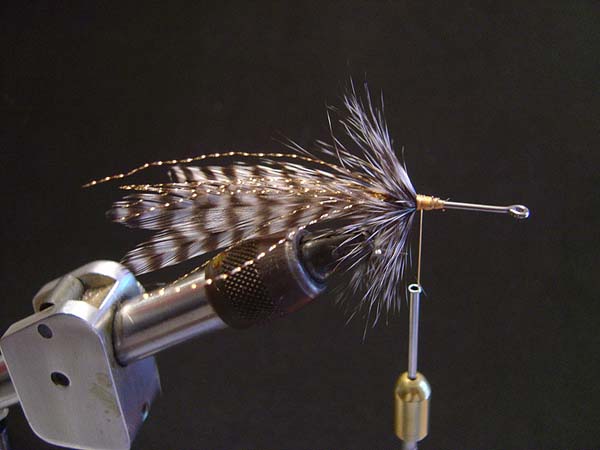 Step three: This is what it should look like after the first hackle has been tied in and palmered. Notice that the palmer is angled towards the back of the hook. Tip > After each palmer, tie in the hackle as close together as you possibly can. 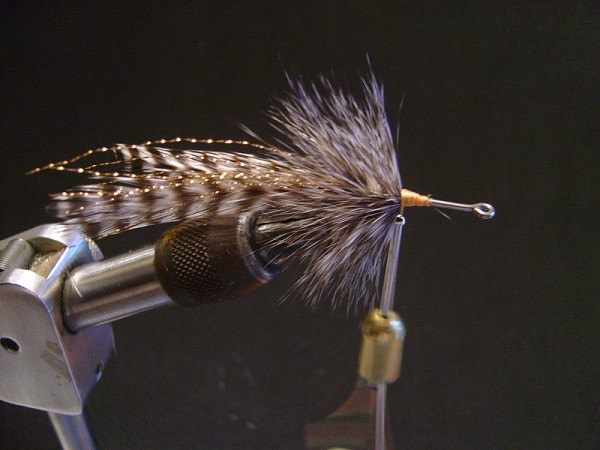 Step four: Repeat step tow – two more times. This is what it should look like after palmering three hackles. 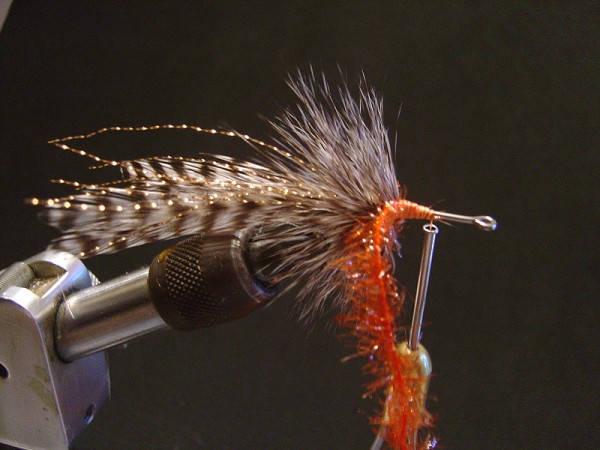 Step five: Tie in Orange Ice Chenille and palmer towards the eye of the hook and tie off. Step six: 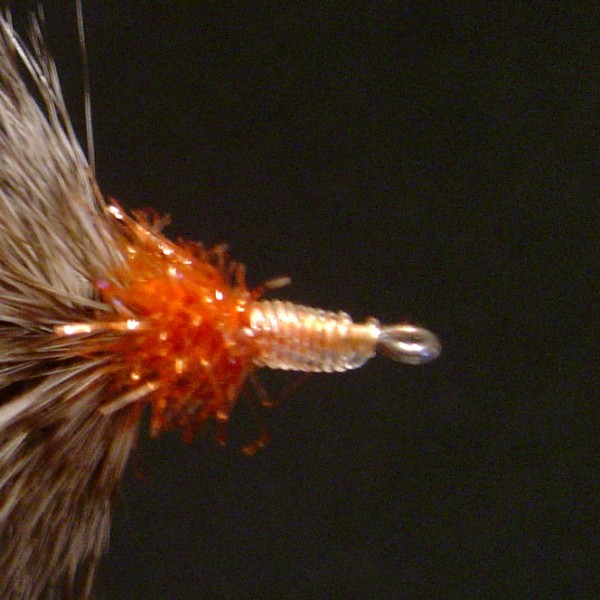 Step six: Snell the 25-pound mono over the remaining thread. This is too protect the thread. This step is optional. Weed guard is also optional. Tip > Snelling the thread: Make sure you cut yourself enough mono so it can be easily grabbed when pulling the snell tight.