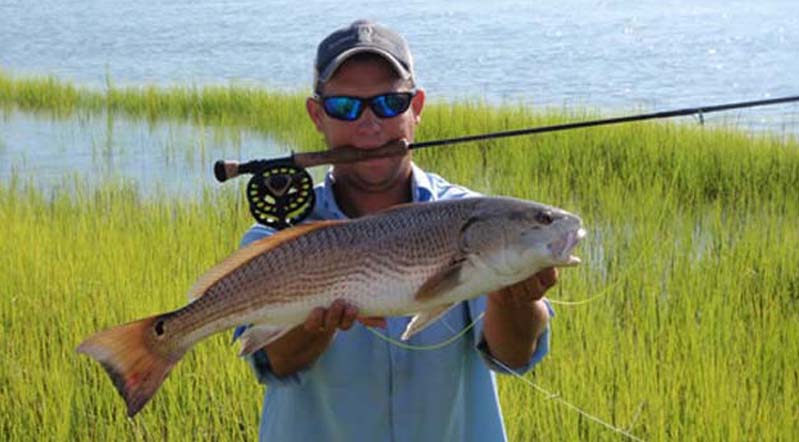 Too hot for mykiss and trutta – head to the coast

Angie and I decided to leave the trout alone. The water too low on the Eberle Farmstead, and even at 2300 feet too warm as the many profiled streams and creeks meandered back and forth from Georgia and North Carolina state lines.

Angie’s sister’s beach house was open on Saint Simons Island, Georgia – a little sun, surf, and poppers sounded like a plan. We couldn’t get in until Sunday, so I spent Saturday tying up, actually building some poppers. I had plenty of bait looking streamers.

My angling friend in Jacksonville, Florida [roughly, the same fishing there as south coastal Georgia and South Carolina] told me it was the usual suspects this time of year – many reds and some cobia still around. Early and late the best times depending on tides.

I wanted to try some of my favorite poppers even though red drum or more commonly called redfish [Sciaenops ocellatus] are considered down-looking fish – a low slung mouth for bottom feeding. I’d often gotten great late summer action in South Florida from surface flies, including poppers.

I had plenty of popper bodies, but only about a dozen hooks. It would have to do. We were kayaking without guides, and the tides would work into perfect as the week wore on.

I was not sure of my previous ties, but I did remember Tim Flagler [Tightlines] teaching it on YouTube. And voilà here they are Part 1, the body followed by Part 2, the fly portion.