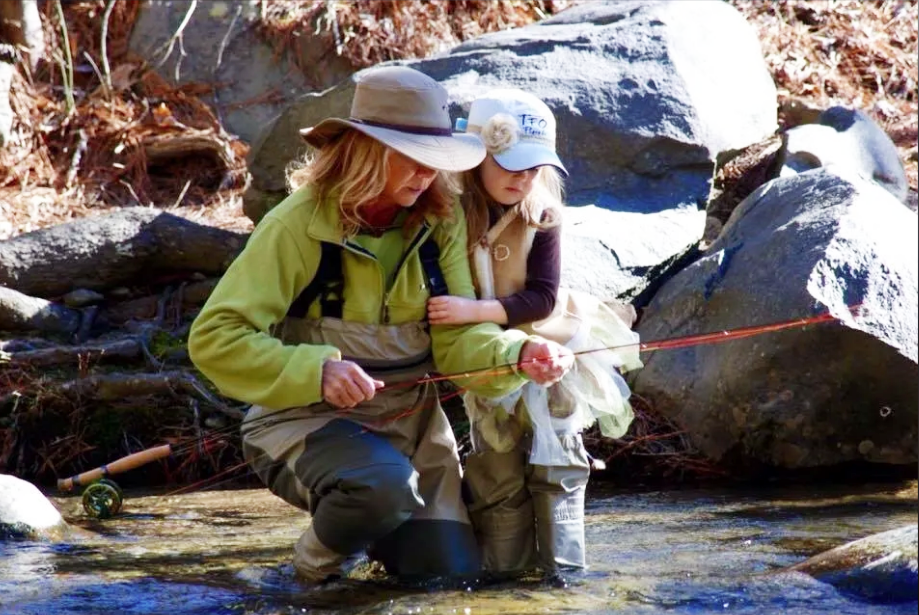 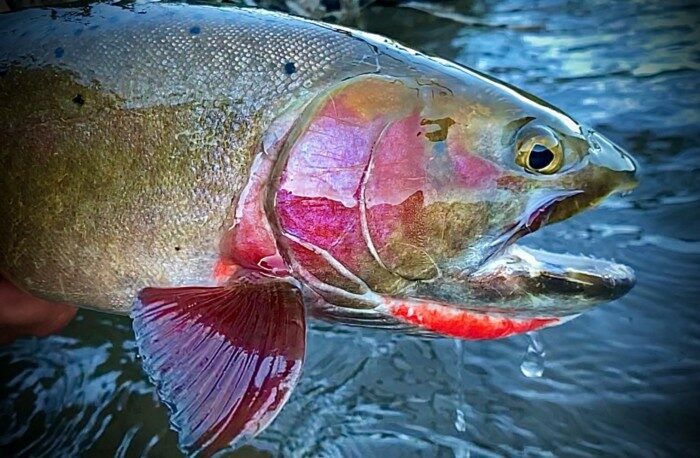 A Bear River cutthroat trout (Oncorhynchus clarkii) in Utah. Courtesy of Anastasia and Tyler Coleman / US Fish and Wildlife Service.

Worldwide: Trouts have hundreds faces, but only 11 species in North America 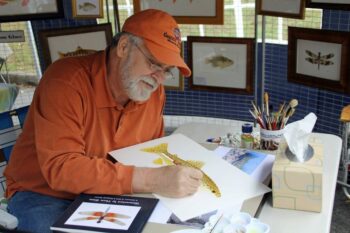 Thom Glace at work in his studio after making a full recovery from COVID 19. Glace lives in the Harrisburg area of Pennsylvania. All in all, there are 11 species of Trout in North America: Two Pacific Trouts: Cutthroat and Rainbow Trout. One European Trout: Brown Trout. Four Chars: Brook, Bull, Dolly Varden, and Lake Trout. March 12, 2021

If we trout fish the Canadian Maritimes, New York, Indiana, Arkansas, Pennsylvania, Georgia, and other states on the eastern side of the divide, our fly caught trout get quickly identified. There are non-native rainbow trout [Oncorhynchus mykiss] imported from the US and Canadian west, brown trout [Salmo Salar] imported from Europe, and the only native trout of the east, brook trout, which happens to be a Char, Salvelinus fontinalis.

But ‘Go West Young Man,’ and it becomes challenging to identify trout types because there are many of them, but amazingly only two ‘native’ species, Cutthroat and Rainbow Trout. These variant trouts have been populating isolated regions for thousands of years, thus distinguishing themselves from each other with unique coloring, life cycles, and faces.

Getting to fly fish some of these isolated and unique and sometimes threatened with extinction trouts takes hardy souls to hike in, find them in their often rugged riverine terrain, and then figure out how to lure them into an eat.

It takes physically fit, and dedicated conventional fly fishers, tenkara fly fishers, and dedicated biologists attached to our state and national departments’ fish and wildlife to undertake and enjoy the task of monitoring and salvaging habitats necessary to support native trouts.

Here’s a look at a ‘few’ of these unique trouts – illustrations used with permission from Thom Glace. Thom Glace is an award-winning watercolorist who has many trout and fish studies. As an avid fly angler and a work history covering the globe, many trout species have fallen to his casts and brush. Be sure to visit his site, and you’ll be amazed at the number of different trouts faces from around the world. BTW: There’s no other site with this kind of coverage.

NOTE: Trout illustrations and even photos will show slight differences from the binomial named trout in your area, but the characteristics are common enough so you can pair trouts in your area as shown below with your home water trout or trouts. To see spawning colors of many of the trouts go to Thom Glace‘s website.

Adult Steelhead Trout by Thom Glace. Steelhead trout are a one of the unique kinds of trout evolving from on 11 species. Oncorhynchus mykiss [rainbow trout] individuals develop differently depending on their environment. All steelhead trout hatch in gravel-bottomed, fast-flowing, well-oxygenated rivers and streams. Some stay in fresh water all their lives, and are called rainbow trout.

Another important resource for trouts is James Prosek’s Trout of the World. Thom Glace was also influenced by his friend and fellow artist Paul Vescei. 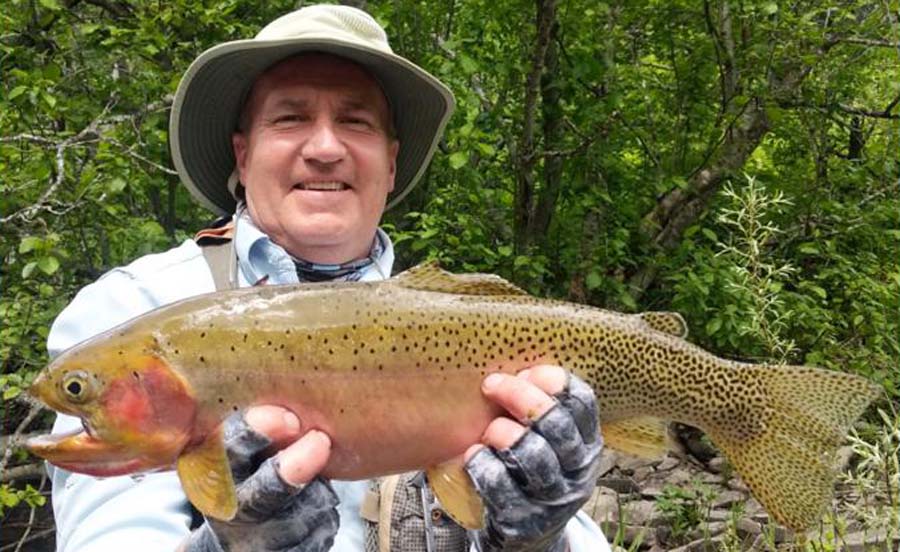