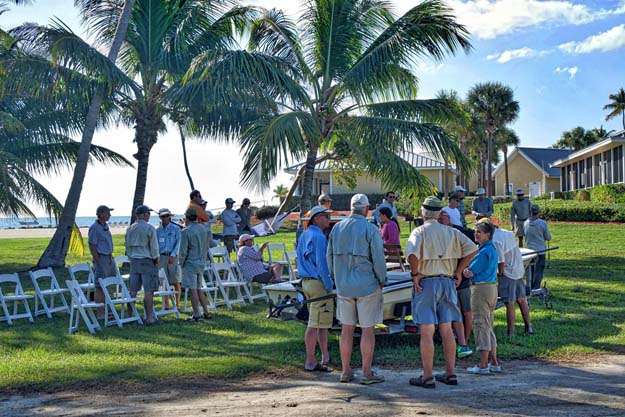 A Message from Sandy Moret

[dropcap]A[/dropcap]re we entering a new era for the South Florida Water Management District? Environmentalists are hopeful that the answer is yes, as scientist Ernie Marks was just tapped to take over the Executive Director of the SFWMD role, replacing Peter Antonacci.

Unlike Antonacci, whose main qualification was being general counsel to Governor Scott, Marks has a background in science and is highly qualified for the role. He has been working for the district as the director of Everglades policy and coordination, and previously served as the south region director for the Florida Fish and Wildlife Conservation Commission (FWC). Before that, he spent 13 years working for the Florida Department of Environmental Protection.

Hopefully, science will be put back behind the wheel. That includes reestablishing ties to the National Academy of Sciences, beginning the scientific modeling laid out in SB10 to ensure there is sufficient land for the treatment needs of the 240-360K EAA reservoir, and tabling deep well injection, which was never a part of CERP, already objected to by the Army Corps of Engineers and would shortchange southern storage (needed for Florida Bay in drought conditions) by wasting water underground.

It’s time to let science and reason prevail. The appointment of Marks gives us cautious optimism that they will.

The Now or Neverglades Declaration is more important than ever. 64,157have signed it to date, and we want to get 100,000 signatures by the end of the year.

If you haven’t signed the declaration, sign today, and if you have, share this email with your friends!