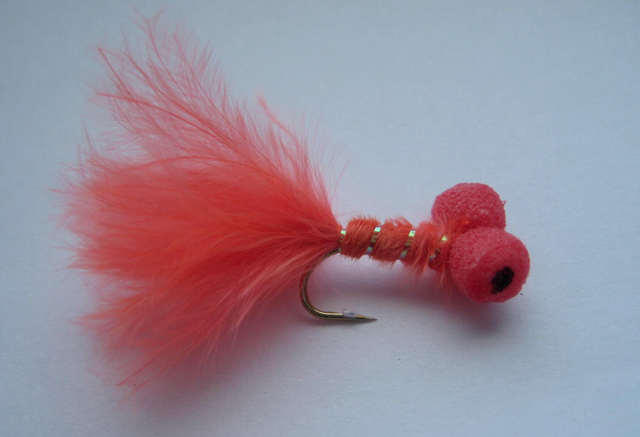 By SkipJanuary 23, 2014No Comments
[dropcap]T[/dropcap]his “Booby” fly (named after Dolly Parton) has it’s origins in the UK, and is considered a still-water trout fly that is fished with fast sinking line. It’s reported that it’s a killer with rainbows, but not so much with browns. 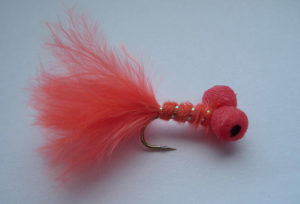 In the late 1990’s it found a new home in New Zealand and the “Booby” was found to be not only good on trouts but in saltwater as well. It has, of course, morphed from the original. Mostly using holographic eyes, weighting it a bit with wire and adding weed guards. It can be worked using any type of fly line (floating, intermediate or fast sinking). The color possibilities are endless.

We haven’t tested it yet, but look forward to giving it a go on largemouth bass, snook and baby tarpon.