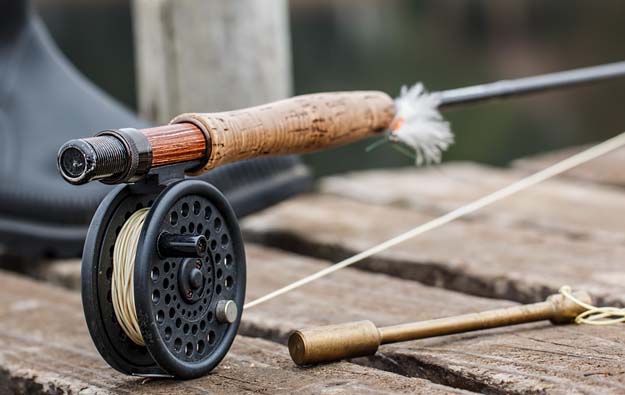 [dropcap]I[/dropcap]f you’ve managed to stay tethered to yesteryear angling technology, then life is simpler, but you probably will do much better if you take that step forward and join the modernist angler. Take advantage of different kinds of fly lines, backing and, of course, added Versi & Poly leaders and sink tips.

These added leaders and sink tips are called by their brand names – Versileaders and Polyleaders, and Scientific Anglers (SA) editions as well. Olympic Peninsula Skagit Tactics (OPST) had its own versions of heads and running lines which you are encouraged to investigate. I’ve converted all my reels to accommodate the latter either as “only” or on a spare reel.

While these add-ons are supposed to be in the exclusive domain of Spey anglers, or two-handed angling by any name (switch rods), they can be a huge benefit to the nine-foot players as well. The latter possibly the greatest breakthrough. What are Versileaders and Polyleaders and what do they bring to the party?

Well, maybe this. Sir or Madam, “You just launched a rocket and your fly weighed 10-pounds.”

Simple, Versileaders and Polyleaders are short fat leaders with a taper. They are loop to loop attached to the fly line. Originally, they were designed to enable chucking big, heavy – get down flies. Then it was realized these add-on leaders helped to cast by producing more than expected water surface tension, which is what Spey casting requires. More holding power because of the mass, a Versileader or Polyleader line improves the fly rod loading up before the forward cast. Then, getting down deeper in the water only required adding little BBs of weight in the Versileaders and Polyleaders. The BBs add density, so by adjusting the weight – voilà, sink speed variables. The speed-bump-signs are measured in inches-per-second (IPS and corresponding “T” numbers). Those IPS and “T” number measurements are industry standards.

Today, the Scandi – Skagit thing is blurred by rod builds and fly lines from RIO, Airflo or Scientific Anglers. If you needed to get down deep you could add a sink tip (MOW) to your fly line.

At the end of these leaders, where you would attach them to your class tippet that with the Versi or Poly leader setup would be 3-, 4-, or 5-feet long, there is a short straight section of about 8-(+/-)-inches. It’s there to aid making that loop knot attachment –  a Perfection Loop is generally agreed upon as the best and easiest knot to use.

Are all of these Versileaders and Polyleaders the same length, density and pound test?

No, there is a fairly wide range of those categories with designated use guidelines. Go to RIO Products, Airflo, SA or OPST for details. Your local fly shop will have them as we

So, what are sink tips for? Scientific Anglers (Orvis) has all the Spey lines and sink tips you’ll need.

When you cast a tapered line, even if it’s only 10-feet long, such as a weighted Versileader and Polyleader line, it will tend to form a “U” shape. When the fly line itself is tugged to get the fly to do its audition as the real deal, it does not do you’re hired job because nothing swims like it should when the line is “U” shaped. That’s where a level line sinking tip plays well – the fly does what the angler wants it to do – swim correctly.