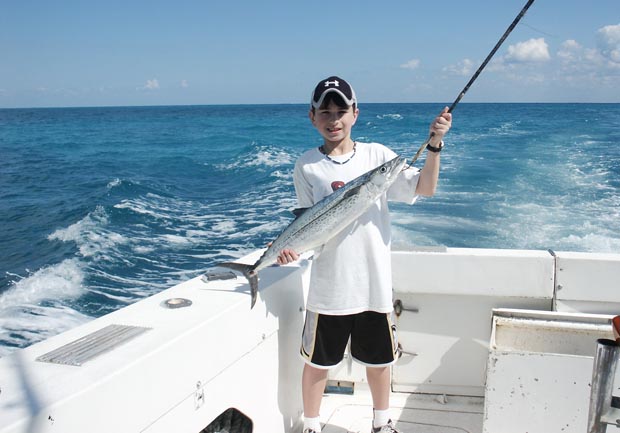 The range of the cero mackerel is limited to the western Atlantic Ocean, from Massachusetts, USA south to Brazil, including the Bahamas and West Indies. It is common in the Caribbean, Bahamas, and Florida 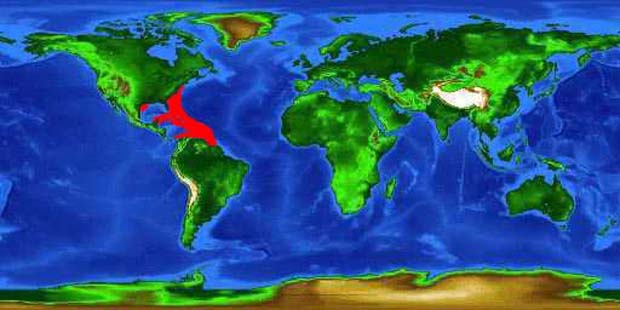 Usually solitary, the cero mackerel occasionally forms schools over coral reefs, wrecks, and along ledges at depths ranging from 3.3- to 66-feet. It is usually seen in mid-water and near the water’s surface.

The elongate, streamlined body of the cero mackerel is well-adapted for swimming at speeds up to 30 mph. The body is covered with small scales, with the lateral line sloping downwards toward the caudal peduncle. Another similar fish, the king mackerel, can be distinguished from the cero mackerel as it has a lateral line that curves downward below the second dorsal fin. The caudal fin is lunate and the pelvic fins are relatively long. Scales extend out onto the pectoral fins. This characteristic distinguishes it from the king mackerel and the Spanish mackerel, two scombrids lacking scales on the pectoral fins. The spiny and soft dorsal fins are separate, with the soft dorsal fin matching the anal fin directly below it. There are a series of finlets following each fin as well as three keels on either side of the caudal peduncle. The swim bladder is absent in the cero mackerel. Although, the cero is often confused with the Spanish mackerel, there are three main differences between the two species. Firstly, the cero has an elongate posterior pelvic process. Secondly, there is a difference in the circulatory system, where the cero has a coeliaco-mesenteric shunt, and the Spanish mackerel does not. Lastly the cero does not have a pterotic spine.

The back is iridescent bluish-green with the sides and belly silvery in color. A mid-lateral bronze stripe runs from the pectoral fin to the base of the caudal fin. There are several rows of yellow-orange streaks along with yellow spots forming lines above and below the lateral stripe. The anterior third of the first dorsal fin is bluish-black.

The spot pattern on the sides of the body along with the bluish-black coloration of the anterior dorsal fin and the scaled pectoral fins all separate this fish from the Spanish mackerel, S. maculatus, and the king mackerel, S. cavalla. The anterior portion of the dorsal is not black in the king mackerel except in young individuals. The Spanish mackerel, by contrast, has spots along its sides similar to the cero mackerel, however it lacks longitudinal stripes as well as the yellow-orange streaking pattern.

The cero mackerel is well-equipped for prey capture with powerful jaws and razor-sharp teeth.

The cero mackerel grows to a maximum size of 72-inches in length and 17-pounds in weight. The record in Florida waters is 15.5-pounds, although the fish commonly weighs up to 8-pounds. Males reach maturity at lengths between 12.8- to 13.4-inches, and females at lengths of approximately 15-inches.

The IGFA all tackle world record, which happens to be the 16-pound tippet record as well, is 18-pounds –  caught off Bimini, Bahamas in June, 2013 by Jimmy Wickett.

This swift, shallow water predator feeds primarily on clupeioid fish including herrings as well as silversides of the genus Allanetta. The diet of the cero mackerel also includes squid and shrimp. 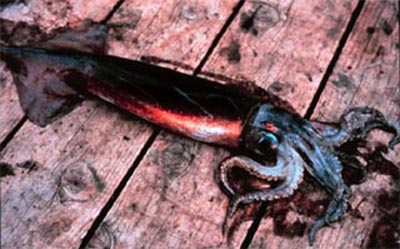 Predators of the cero mackerel include wahoo (Acanthocybium solandri), sharks, dolphins, and diving sea birds. The silvery color of the underside of this fish blends in well with the glow from the sun shining on the surface of the water, making it difficult to detect for predators threatening from below. On the other hand, the dark coloration of the cero mackerel’s back blends in with the blue-green color of the sea, making it difficult to spot from a bird’s view. 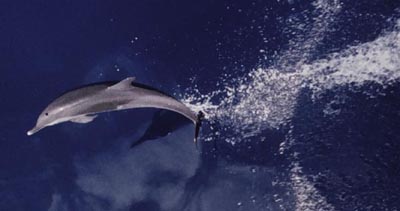 Bottlenose dolphin feed on cero throughout their range. Photo courtesy of NOAA.

The cero mackerel hosts 21 documented parasites. Among these parasites is the copepod Brachiella thynni, which is found on the fins of this fish. Other parasitic copepods are Caligus bonito and Caligus productus which occur on the body surface and on the wall of the branchial cavities, as well as Pseudocycnoides buccata which occurs as a parasite on the gill filaments.

While the cero mackerel is of only minor commercial importance, it is a popular game fish. The cero is caught commercially with gillnets and on lines throughout the Caribbean, especially in the Bahamas and the West Indies. Sport fishers often take this mackerel by trolling with cut bait. The cero mackerel is easily confused with the king mackerel and the Spanish mackerel by fishers. It is a good food fish, marketed fresh, smoked, and frozen and prepared for consumption pan-fried, broiled, or baked.

There have been reports of ciguatera poisoning from human consumption of this fish. Ciguatera poisoning occurs when humans eat a fish that has eaten a toxin that is produced by the dinoflagellate, Gambierdiscus toxicus. This poisoning, although it is usually self-limiting, can affect humans in many ways. It has gastrointestinal, neurological, and cardiovascular symptoms. Although often observed swimming toward scuba divers and snorkelers, this fish rarely comes very close.

This mackerel is not listed as endangered or vulnerable with the World Conservation Union (IUCN). The IUCN is a global union of states, governmental agencies, and non-governmental organizations in a partnership that assesses the conservation status of species.

Cero, as a rule, are voracious feeders, but do not tend to school like Spanish macks so they’re not a target – more a get lucky find. All things considered, the same playbook used for Spanish macks work on cero.

Most any streamer will work in a pinch – as long as it’s not too large or bulky. A 1/0 long shank hook (Mustad 34011 or similar) dressed with a green and/or white synthetic wing, or all-white Clouser Minnow or Lefty’s Deceiver fills that bill – especially if pilchards or herring are present. And there’s no such thing as too much flash, as evinced by the popularity of glass minnow patterns (super-skinny silhouette, with silver sides) along both Florida coasts.

When Capt. Steve Anderson of Port St. Lucie (andsteve1@bellsouth.net) ties flies for macks, he does so with the head just ahead of the hook bend – in order to prevent or minimize cut-offs. He considers eyes and frills to be non-essential, unless he intends to weight the fly. The exposed shank precludes the need for a bite tippet, and reduces the weight of the fly in the process. That, in turn, makes casting easier and reduces the chances of hooking yourself.

When the bite is on, flies have an extremely – short life – a reminder to always carry a surplus. You’ll find days, however, or should I say noontimes, when the fish are lethargic and reluctant to hit. That’s when a few anglers I know switch to a popper, which they simply toss out and allow to sit. Meanwhile, some anglers insist on erratic retrieves (more so than with a Clouser or Deceiver), and their hookup ratios suffer accordingly – because the attacking fish push the popper away.

Cero, like Spanish mackerel, are just the ticket for novice and veteran fly anglers alike. They’re typically available in shallowwater (sometimes as close as the curl of the surf). Then, they’re always great sport and a treat on the table. Plus, they’re the perfect inducement for beginning fly tiers, who tie to re-stock their fly boxes. Flies are a lot less-expensive than hardware, and they’re every bit as effective. Since cero aren’t selective or boat-shy, they’re great for beginners, as well as purists – the latter who deserve some easy fishing.