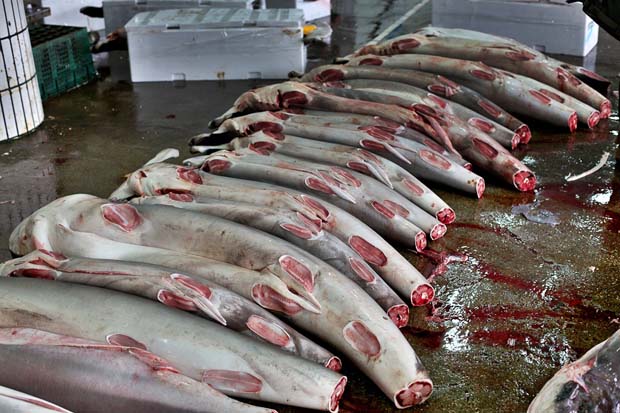 [dropcap]H[/dropcap]umans kill an astonishing number of sharks every year. Various species are the victims of culling in attempts to make beaches safer, by-catch by commercial fishing vessels, trophy catches and the practice of finning for food.

While it’s difficult to know exactly how many sharks are killed annually by humans, a study published last year in the journal Marine Policy attempted to calculate the exploitation rates of sharks in order to assess this dire situation. Using data on shark catches, discards and mortality rates worldwide, the researchers estimated that approximately 100 million sharks are killed per year by humans. However, they add that this is a conservative estimate, and the true number could be as high as 273 million sharks killed annually by humans.

This number might be a little difficult to get your head around, so content marketing wizard Joe Chernov teamed up with Ripetungi to produce this harrowing infographic that compares human induced shark mortality with human deaths from shark attacks.

As pointed out by the collaborators, sharks may be one of the most feared animals on the planet, but by the time you scroll down this graphic, 73 more sharks would have been killed.