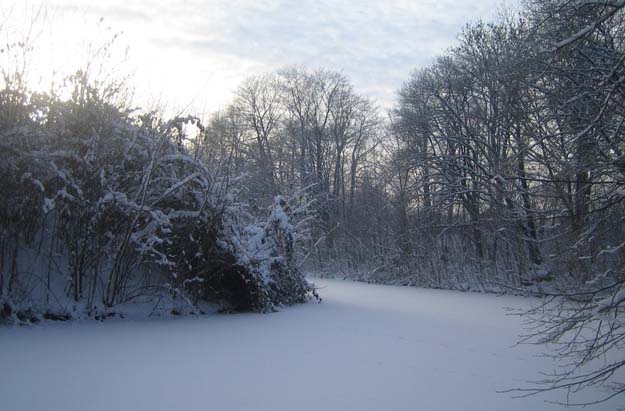 Where do they go?

When it gets cold, do ocean fish migrate as birds do? What about freshwater fish?

[dropcap]M[/dropcap]igratory birds fly both south and north for the winter (over 800 species nest or winter in or migrate through the United States). In the Southern Hemisphere they fly north and in the northern, south. So, what about saltwater fish?

Well, some of them do  – head for warmer climes when the mercury plummets. With the exceptions of the polar regions, salty ocean water rarely freezes. Oceangoing species also tend to stay near the bottom, where warmer water and swifter currents prevail (warmer water sinks). Where do freshwater fish go when the river freezes outside? Where do they go when lakes and ponds freeze over?

For the stay at home fish, like many people, they tend to be less active in the cold. Fish, as cold-blooded creatures, lower their metabolism rate when temperatures take a dive.

Oddly, the layer of ice that forms on top of a lake, pond, river, or stream provides some insulation that helps the waterbody retain its heat.

Because warm water sinks in very cold freshwater, fish in these water bodies often gather in groups near the bottom. Some species burrow into soft sediments and go dormant like frogs and other amphibians, but most fish simply school in the deepest pools and take a “winter rest.’ Although an effect on a saltwater species, during the South Florida freeze of 2010, some species, like the snook, attempted to bury themselves in the mud to stay alive. In that state of intolerance to water below 50 degrees Fahrenheit, they could be plucked up by hand. Millions died.

In this resting state “winter rest,” fishes’ hearts slow down, their needs for food and oxygen decrease, and they move about very little. If you’ve ever gone ice fishing, you know that a long line, a slow, colorful lure, and a hearty portion of patience are often required to land this quiet quarry! Popular ice-fishing species include walleye, northern pike, yellow perch, and rainbow trout.